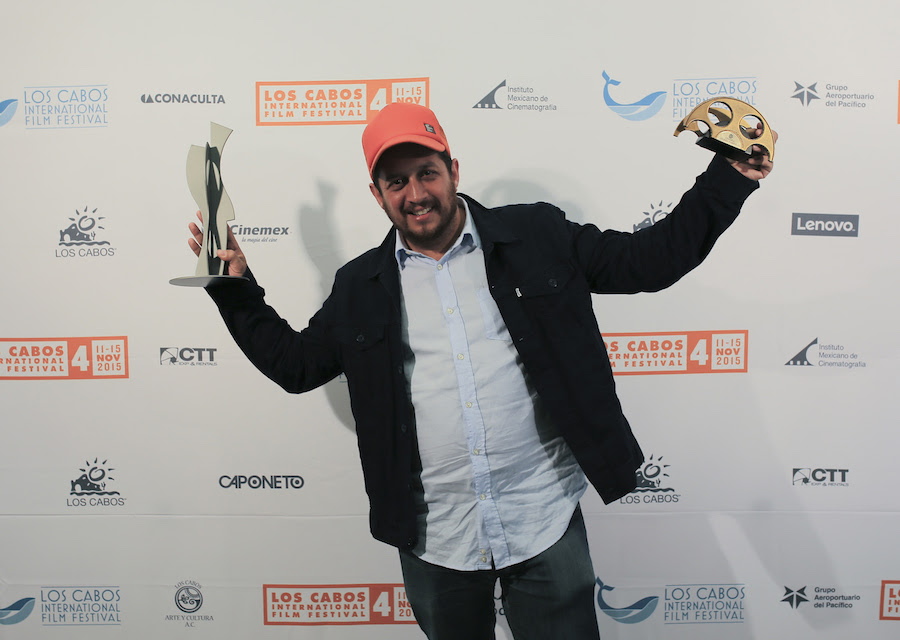 The 2015 Los Cabos International Film Festival presented its award prizes to the winning films of the two Official Selection competitions –México Primero and Competencia Los Cabos– and the ones participating in the Industry platforms –Cabos in Progress and Cabos Discovery. In addition, The Protagonist Award: Excellence in Acting was given to Ewan McGregor.

In addition, the Producers Network Badge Award was given to Mayra Espinosa, producer of the film Calla (Keep Quiet), presented in the Cabos Discovery platform.

Among the parallel prizes awarded to the Official Selection competing films, the México Primero Art Kingdom Award was presented to Jack Zagha for his film Almacenados (Warehoused).

The México Primero FOX+ Award was given to Alejandra Márquez’ Semana Santa.

México Primero – Cinemex Award for the Best Film was presented to Julio Hernández Cordón for Te prometo anarquía (I Promise You Anarchy).

The Cinemex Audience Award was also given to Room, by Lenny Abrahamson.

THE 2015 PROTAGONIST AWARD FOR EXCELLENCE IN ACTING

The 2015 Protagonist Award for Excellence in Acting was given to Ewan McGregor.