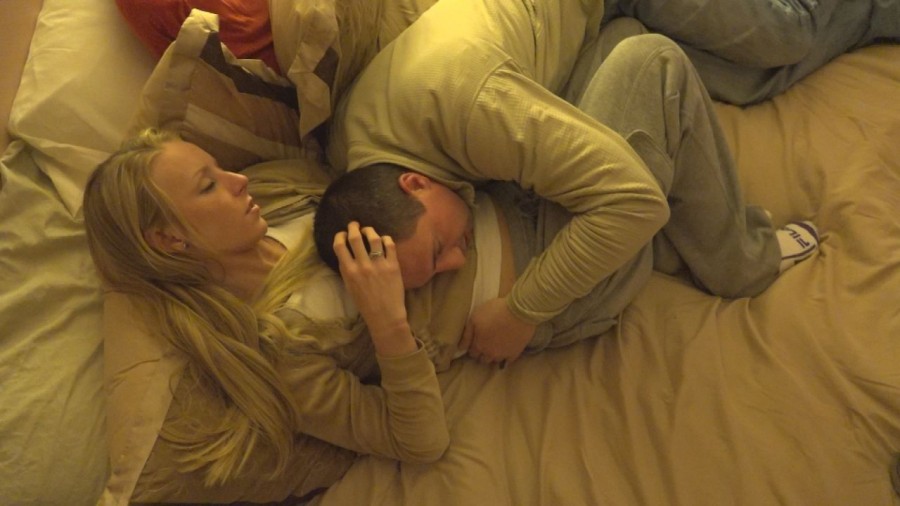 There has been an alarming rise in opiate addiction in the U.S. recently. A startling 80% of heroin users started with prescription painkillers following an accident or surgery, and as more states legalize marijuana, Mexican drug cartels are replacing lost profits by pushing cheap, potent heroin into new markets.

Known for its quaint villages, lighthouses and beaches, the picturesque summer vacation destination of Cape Cod has been struck with an epidemic of young people hooked on affordable, easily acquired heroin. This harrowing film takes an unsparing look at the lives of eight heroin addicts in their early 20s, living a seemingly endless existence of getting high while cycling through stages of rehab, recovery and relapse.

Falmouth, Mass. is a typical community in a state that has lately seen an average of nearly four heroin deaths per day. The individuals spotlighted in HEROIN: CAPE COD, USA, all of whom live in the area, talk candidly about their heroin habit and their community, where, according to one of them, “either you work or you do drugs.”

Jessica, 21 years old, was severely injured when she was hit by a drunk driver at age 18, requiring 250 stitches to her face. Prescribed opiate pain medications, she soon became addicted to heroin, saying that when she gets high, her suicidal and depressed feelings disappear.

Ryan, 25, who prided himself on being anti-drug as an adolescent, was prescribed pain medication after a motorcycle accident. His mother says “everything changed” when he stopped receiving medication from the doctor and started obtaining pills illegally. Living with his parents, Ryan says that if they kicked him out of the house, he would “probably be doing a lot better than I am today,” although he feels they are scared he will die if they do.

Marissa, 22, was 14 years old when she tried her friend’s pain medication, which led to heroin addiction. While many addicts steal valuables to support their habit, Marissa said she was never the type to steal, but made money from prostitution and stripping, because she’d rather hurt herself than others. For years Marissa cheated death, thanks to Narcan, an opiate antidote that paramedics and other emergency workers can use to reverse the life-threatening effects of a heroin overdose, to which she ultimately succumbed.

Nicole (“Colie”), 25, admits herself to a detox center, deciding to get high first, noting, “Everyone gets high before they go to detox. It’s like a freebie.” Director Okazaki catches up with Colie after she has emerged from rehab and finds glimmers of hope in this story of devastation.

Daniel, 28, always had addictive tendencies, and started doing opiates for fun. Depressed about his life, which he finds repetitive, Daniel deals drugs to support his heroin habit, driving 160 miles to Boston every night to see his supplier.

Arianna, 23, was 12 or 13 when she first tried marijuana and alcohol. She lived in a sober house with her two young children, and said she went to many treatment centers. Arianna stopped using heroin when she found out she was pregnant and was clean for three years, but then suffered a fatal overdose.

Benjamin, 21, started doing heroin in high school. His family knew nothing until his brother discovered tracks on his arms after asking why he was wearing a long-sleeved shirt in the summer heat. Now living in a sober house, Benjamin has been clean for 33 days, but has “drug dreams” and thinks about getting high every day.

Cassie, 24, was prescribed opiates after a soccer injury, which led to her heroin addiction. Her boyfriend Daniel, whom she describes as her “running partner,” is also an addict.

HEROIN: CAPE COD, USA visits the Parents Supporting Parents Group of Cape Cod, where parents describe raising their kids in happy homes, only to see everything change when their sons and daughters started abusing pain medication. Receiving invaluable support from other parents in the same situation, they share feelings of co-dependency and discuss the financial burden of having a child cycling in and out of detox.

“There are very few people I met in Massachusetts who didn’t have a connection to this crisis,” says director Steven Okazaki. “It has taken a very real, and wide toll in a way that I did not see 20 years ago. I think this documentary could have been made in many communities around New England and across the country.”

Steven Okazaki is the recipient of numerous honors, including an Academy Award(R) (Best Documentary Short Subject for “Days of Waiting,” 1991); three other Academy Award(R) nominations, for “Unfinished Business,” CINEMAX’s “The Mushroom Club” and HBO’s “The Conscience of Nhem En”; an Emmy(R) (Exceptional Merit in Nonfiction Filmmaking for HBO’s “White Light/Black Rain: The Destruction of Hiroshima and Nagasaki,” 2008); and a Peabody Award for “Days of Waiting.” Okazaki has produced and/or directed numerous other projects for HBO, including “Black Tar Heroin” and “Rehab.”