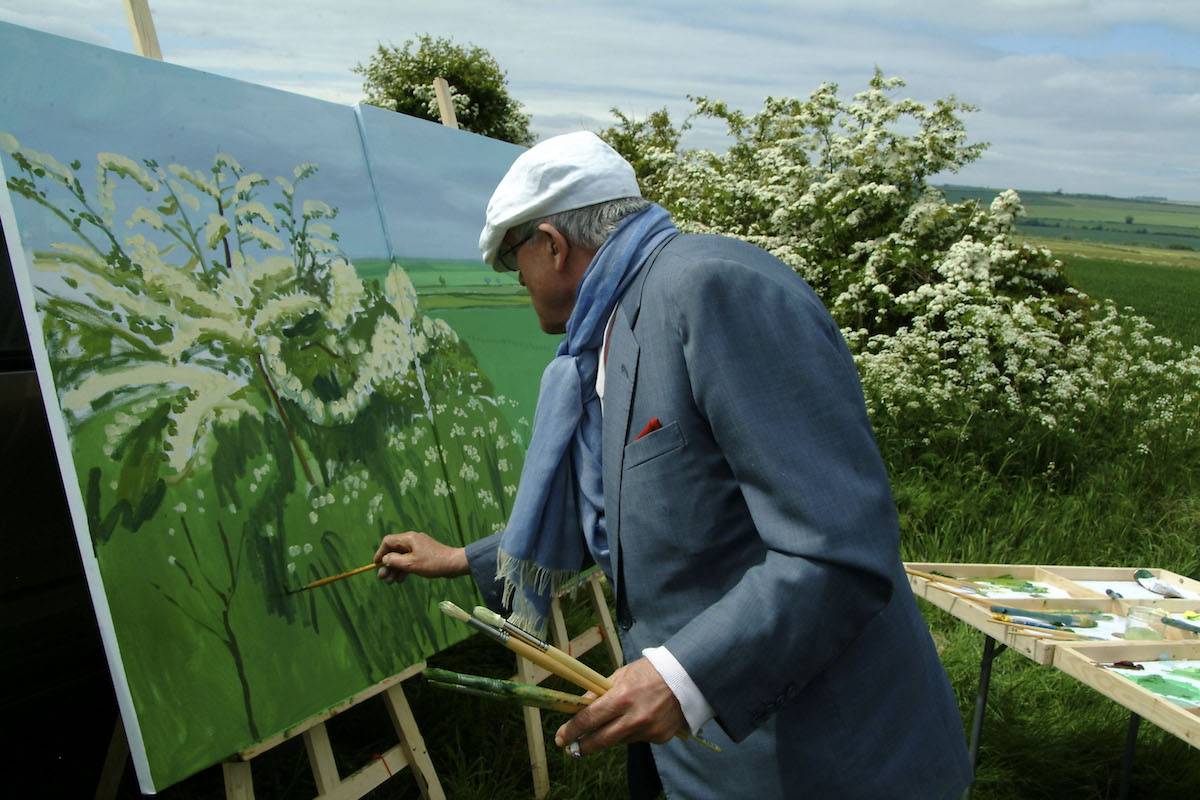 HOCKNEY, a documentary film by Randall Wright (Lucian Freud: A Painted Life), will be released in the U.S. by Film Movement.

After screening at Outfest, London, Vancouver, Palm Springs film festivals among others, the film will open at the Film Society of Lincoln Center and at Metrograph in New York, and at Laemmle Royal, Playhouse 7 and Noho 7 in Los Angeles on April 22, 2016. A national release will follow.

HOCKNEY is the definitive exploration of one of the most significant artists of his generation. For the first time, David Hockney has given access to his personal archive of photographs and film, resulting in an unparalleled visual diary of his life. The film chronicles Hockney’s vast career, from his early life in working-class Bradford, where his love for pictures was developed through his admiration for cinema, to his relocation to Hollywood where his life long struggle to escape labels (‘queer’, ‘working class’, ‘figurative artist’) was fully realized.

David Hockney offers theories about art, the universe, and everything: “I’m interested in ways of looking and trying to think of it in simple ways. If you can communicate that, of course people will respond; after all, everybody does look.“ But as HOCKNEY reveals, it’s the hidden self-interrogation that gives his famously optimistic pictures their unexpected edge and attack. The documentary traces the artist’s journey to live the American or Californian dream, yet paradoxically reveals that he never broke ties with the childhood that formed him. Did Yorkshire awkwardness in his blood give him the willpower to survive relationship problems, and later the AIDS plague that killed the majority of his friends? Acclaimed filmmaker Randall Wright offers a unique view of this unconventional artist who is now reaching new peaks of popularity worldwide, and, at 78, is as charismatic as ever, working in the studio seven days a week.