Bill Plympton’s new feature mockumentary HITLER’S FOLLY, is described as a merciless satire in which Adolf Hitler is reimagined as a successful animator and artist.

There will also be a FREE New York Premiere of HITLER’S FOLLY on Wednesday, June 1 at 7:00pm at SVA Theater (333 W 23rd St). After the screening, Plympton will also do special live drawings of a character from the film for interested fans.

The screening is open to the public and all of Bill’s fans. RSVP is required for admittance. Seating is strictly on a first come first served basis on the night. 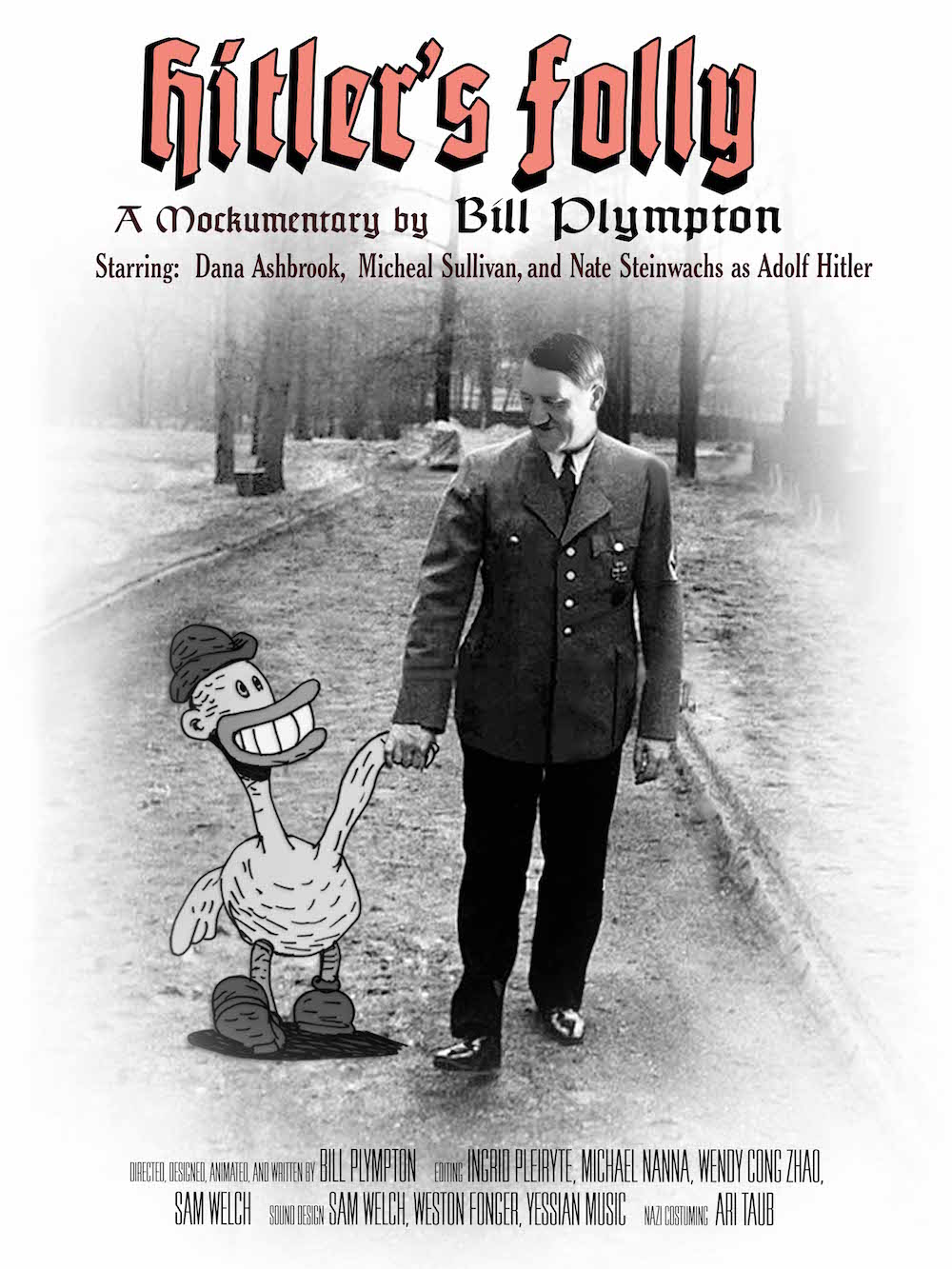 A merciless satire from Academy Award nominee Bill Plympton, HITLER’S FOLLY explores what might have happened if Adolf Hitler’s art career had been more successful and instead of becoming an evil dictator, he was inspired to become an animator like Walt Disney.