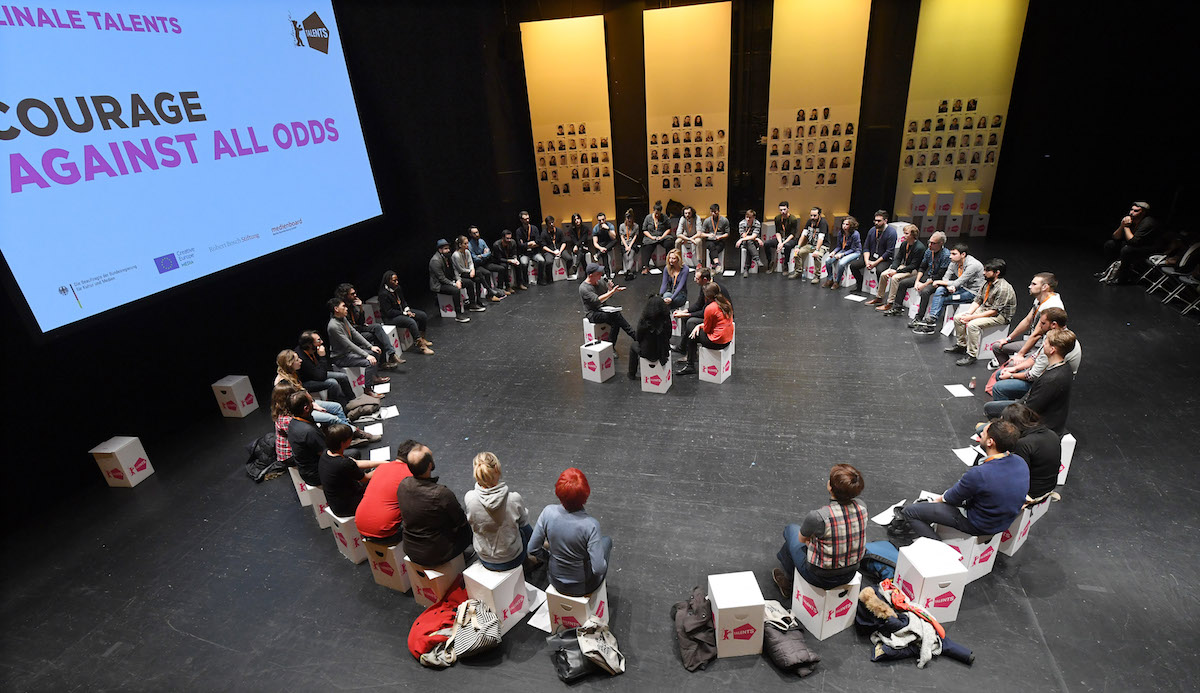 Prizes were awarded to the winning filmmakers at the close of the 15th edition of Berlinale Talents at the Berlin International Film Festival.  As part of the “Talent Project Market,” the VFF Talent Highlight Award, endowed with € 10,000, went to The Bus to Amerika by producer Nefes Polat and director Derya Durmaz (Turkey). Cash prizes of €1,000 each were awarded to the Cuban producer Maria Carla del Rio and the Singaporean producer Jeremy Chua for their nominated projects.

For the fifth time, the Robert Bosch Stiftung awarded during Berlinale Talents film prizes to promote international cooperation between German and Arab filmmakers, endowed with up to € 60,000 each.

Co-Partner Nespresso kicked off the vertical video contest “Nespresso Talents 2017” during Berlinale Talents. The competition is open for entries until April 17, 2017, at nespresso.com/talents. Winners will be officially announced during the Cannes Film Festival and receive a cash prize and participation in a mentoring programme.

“Once again, this year’s Berlinale Talents proves to be the festival’s innovation lab. Where else can young filmmakers and experienced experts from every culture, country and profession have such open, inspiring exchange and collaborate on bringing new films to life? I wish these Talents success as they turn their ideas into reality. And above all: Have courage!” said the Federal Commissioner for Culture and the Media, Prof. Monika Grütters, on the occasion of the 15th anniversary of Berlinale Talents.

Berlinale Talents opened on Sunday with this year’s Berlinale International Jury President Paul Verhoeven and Berlinale International Jury member Maggie Gyllenhaal setting the tone for this year’s edition. “Be courageous and step into the unknown,” was Paul Verhoeven’s encouragement for the Talents. Christo, in his 90-minute discussion with the audience, called for creative work to be based in real contexts: “The most important thing of all our work is that it is about real things: real wind, real wet, real dry, real fear.” The days to come were a journey towards discovering personal, creative and filmic moments of courage. Talents alumna Ana Lily Amirpour, who returned this year as an expert, summed up what makes Berlinale Talents so special: “I loved it here when I came in 2010, and I still feel the same. It’s invigorating to be around so many people from everywhere in the world who are just madly in love with their ideas.”