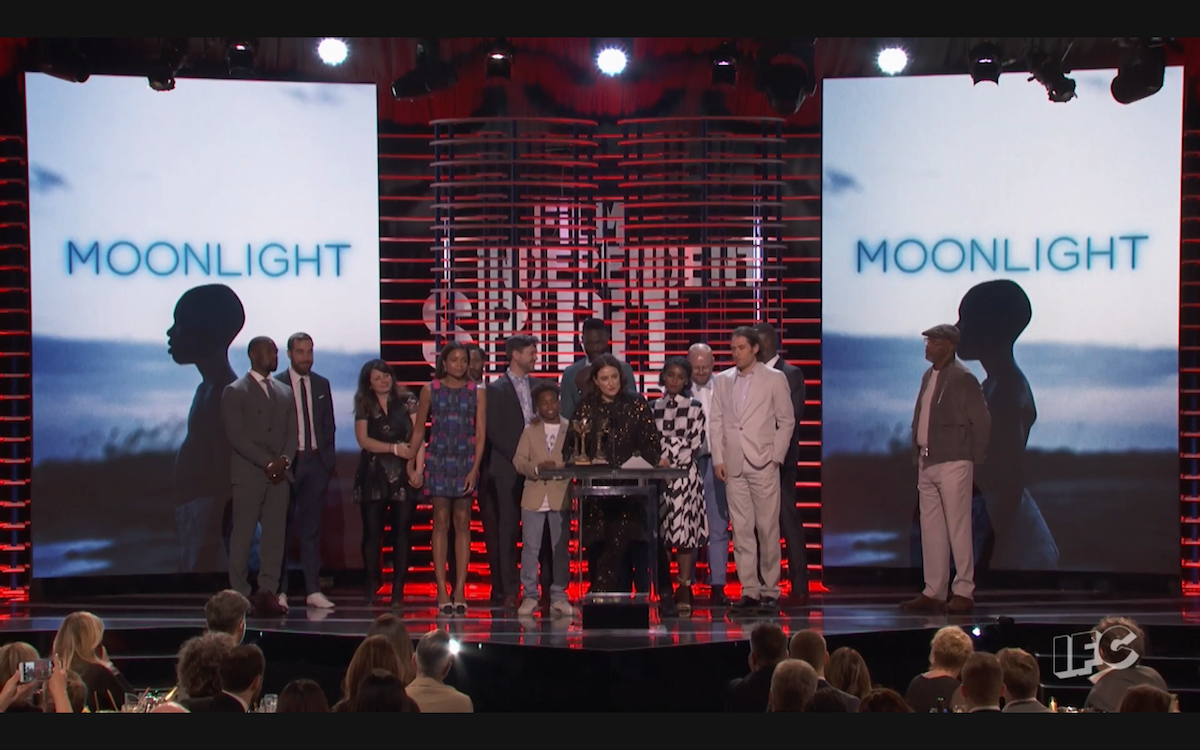 The Witch, Other People, Manchester by the Sea, Elle and Hell or High Water along with Spa Night, O.J.: Made in America and Toni Erdman also received awards at the ceremony, which was held in a tent on the beach in Santa Monica on Saturday.

The 2017 Roger and Chaz Ebert Foundation Fellowship, which includes a cash grant of $10,000, was awarded to Project Involve Fellow, Jomo Fray. This annual award is given to a filmmaker currently participating in a Film Independent Artist Development program with the mission of diversity in mind. Film Independent also awarded the inaugural Turner Fellowship, which includes a $10,000 cash grant, to Project Involve Fellow Kady Kamakate.

The following is a complete list of 2017 Film Independent Spirit Awards winners:

Elle Hell Or High Water Manchester by the Sea Moonlight (2016) O.J.: Made in America Other People Spa Night The Witch Toni Erdmann