Marsha P Johnson, the beloved, self-described “street queen” of NY’s gay ghetto was found floating in the Hudson River in 1992, the NYPD chalked it up as a suicide and refused to investigate.

Who killed Marsha P. Johnson? When the beloved, self-described “street queen” of NY’s Christopher Street was found floating in the Hudson River in 1992, the NYPD called her death a suicide. Protests erupted but the police remained impassive and refused to investigate. Now, twenty-five years on, Academy Award® nominated director and journalist David France (HOW TO SURVIVE A PLAGUE) examines Marsha’s death—and her extraordinary life—in his new film. Marsha arrived in the Village in the 1960s where she teamed up with Sylvia Rivera when both claimed their identities as “drag queens,” to use the vernacular of the times. Together, the radical duo fought arrests, condemned police brutality, organized street kids, battled the intolerant majority within the gay community, and helped spearhead the Stonewall Riots. In 1970 they formed the world’s first trans-rights organization, STAR (Street Transvestites Action Revolutionaries). Despite their many challenges over the years—bias, homelessness, illness —Marsha and Sylvia ignited a powerful and lasting civil rights movement for gender nonconforming people. Now, a quarter century later, at a time of unprecedented visibility and escalating violence in the transgender community, a dynamic activist named Victoria Cruz has taken it upon herself to reexamine what happened at the end of Marsha’s life. As the film dips in and out of jawdropping archival footage from the 1970s, ’80s and ’90s, THE DEATH AND LIFE OF MARSHA P. JOHNSON follows as this champion pursues leads, mobilizes officials, and works to get to the bottom of Marsha’s death. 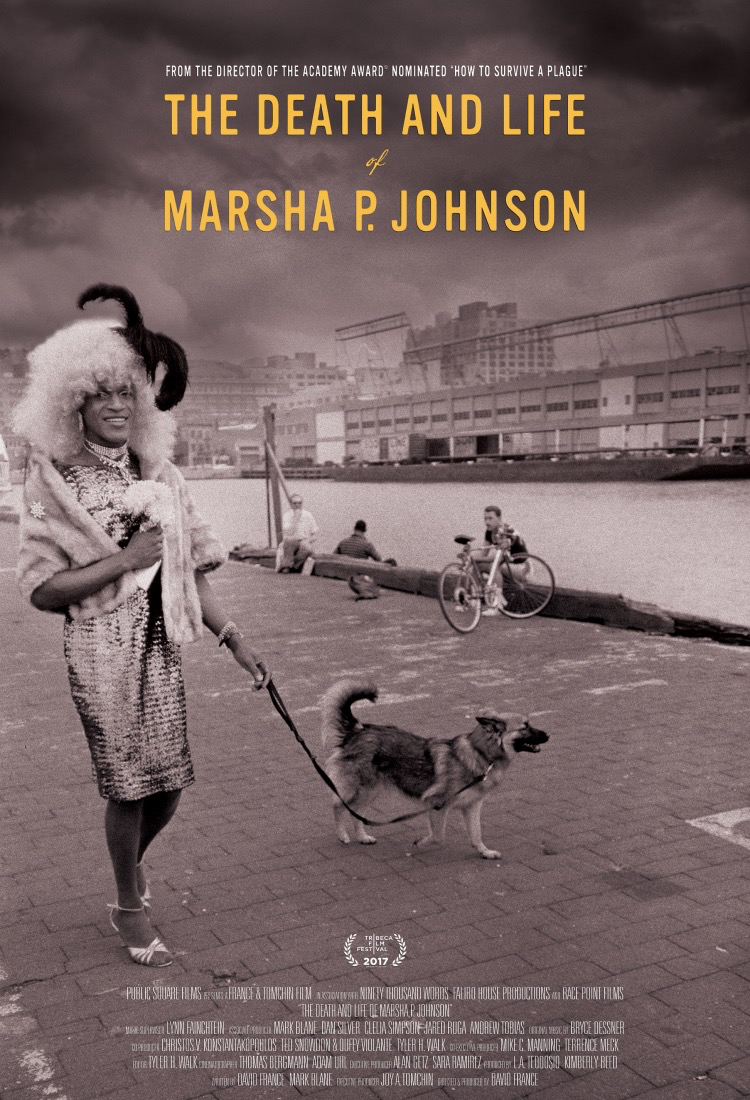 In an interview with director David France, he described what inspired to make the film now,”Marsha died twenty-five years ago this July and her fame—and mythology—has only increased over that quarter century. She’s become a very well-known touchstone within the LGBT movement but very little is really known about her. I wanted to fill in the historical record. In addition, I knew that her death was never thoroughly investigated by the police. In fact, as a print journalist I had begun to investigate her case back in 1992, but never did follow through on that work, so I felt a personal obligation to go back to it, and I felt that that offered an opportunity to reallyput flesh on this mythical character of Marsha P. Johnson.”

THE DEATH AND LIFE OF MARSHA P. JOHNSON had its world premiere at the 2017 Tribeca Film Festival, with additional screenings through Friday, Apr. 28th.

The Death and Life of Marsha P. Johnson