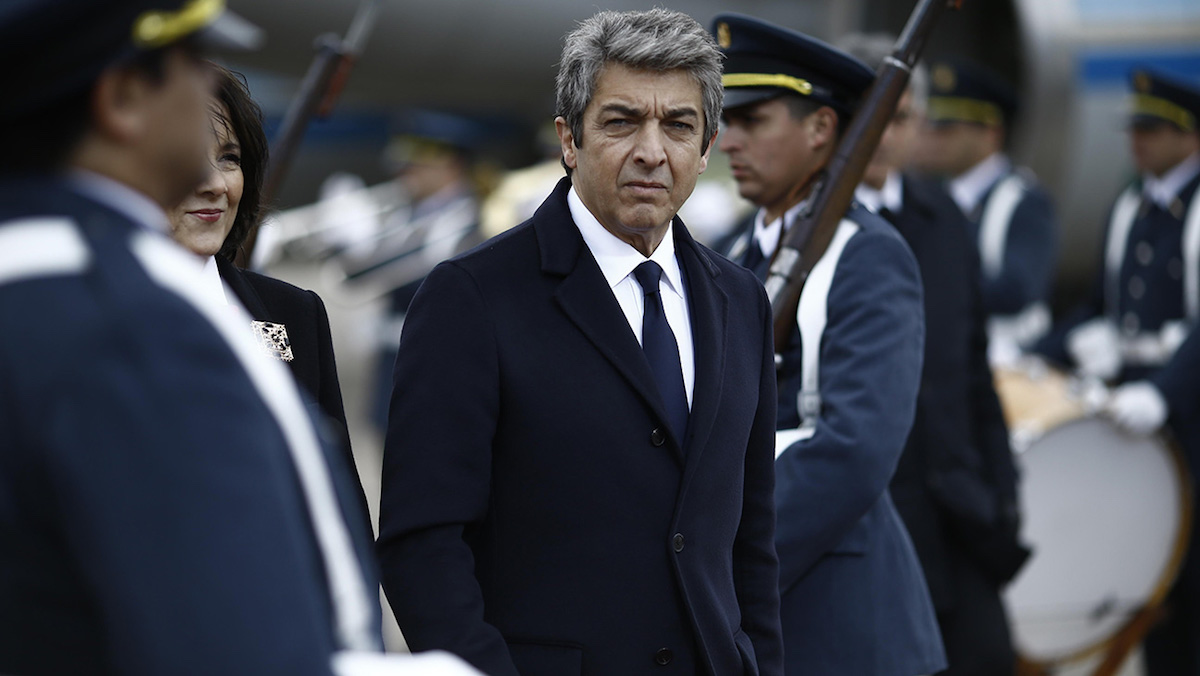 Argentine actor Ricardo Darín will receive a Donostia Award on September 26 at the 65th edition of the San Sebastian Festival, at the screening of his film The Summit (La cordillera). The Festival’s most important honorary award acknowledges the career of the Argentine actor, who has worked with filmmakers including Adolfo Aristarain, Juan José Campanella, Fabián Bielinsky, Fernando Trueba, Pablo Trapero, Cesc Gay and Santiago Mitre.

The Summit (La cordillera) is written and directed by Santiago Mitre; and stars Dolores Fonzi, Érica Rivas, Elena Anaya, Daniel Giménez Cacho, Alfredo Castro, Paulina García and Christian Slater. The film premiered in the Un Certain Regard section of the 2017 Cannes Film Festival, and will be screened on Tuesday 26 at the Kursaal Auditorium. Warner Bros Pictures will release the film in Spanish cinemas on September 29.

The Summit (La cordillera) is set at a Summit for Latin American presidents in Chile, where the region’s geopolitical strategies and alliances are in discussion, Argentine president Hernán Blanco endures a political and family drama that will force him to face his own demons. He will have to come to two decisions that could change the course of his public and private life forever: one regarding a complicated emotional situation with his daughter, and the other, the most important political decision of his career.

Ricardo Darín is known for El hijo de la novia (Son of the Bride, 2001, nominee for the Best Foreign Language Film Academy Award), Luna de Avellaneda (Moon of Avellaneda,2004) and El secreto de sus ojos (The Secret in Their Eyes, 2009, Best Foreign Language Film Academy Award), all three directed by Juan José Campanella. In 2007 he made his directorial debut with the film La señal alongside Martín Hodara, with whom he repeated the experience this year on Nieve negra (Black Snow).

His filmography also includes the role of a professor of Criminal Law in Tesis sobre un homicidio (Thesis on a Homicide, Hernán Goldfrid, 2012), a desperate father in Séptimo (7th Floor, Patxi Amezcua, 2013), an explosives expert in Relatos Salvajes (Wild Tales, Damián Szifron, 2014), which competed in Cannes and was nominated for Best Foreign Language Film Academy Award, and his part as the President of Argentina in La cordillera (The Summit). He is also a member of the cast on the latest film by the Iranian director Asghar Farhadi, as yet untitled, on which he will share the credits with Penelope Cruz and Javier Bardem.

The Donostia Award culminates a list of more than 20 national and international wards including five Silver Condors, two Konex, two Sur by the Argentine Academy of Cinematography Arts and Sciences Awards, a Goya, a José María Forqué, a Gaudí, a CEC (Cinema Writers Circle) award, a Feroz, a Platino Audience Award, a Sant Jordi, awards at the Valladolid, Havana and Biarritz festivals, the aforementioned Silver Shell in San Sebastian, the Honorary Platino received last year and the Gold Medal for Merits in the Fine Arts he will receive this year. All recognize the extraordinary career of an actor who has worked indistinctly in television, cinema and theatre (with the award-winning Algo en común, Art and Escenas de la vida conyugal).