The film, the first feature from writer-director John Trengove, stars musician and novelist Nakhane Touré as Xolani, a lonely factory worker who joins the men of his community in the mountains of the Eastern Cape to initiate a group of teenage boys into manhood. When Kwanda (Niza Jay Ncoyini), a defiant initiate from the city, discovers his mentor’s secret, Xolani’s entire existence begins to unravel. 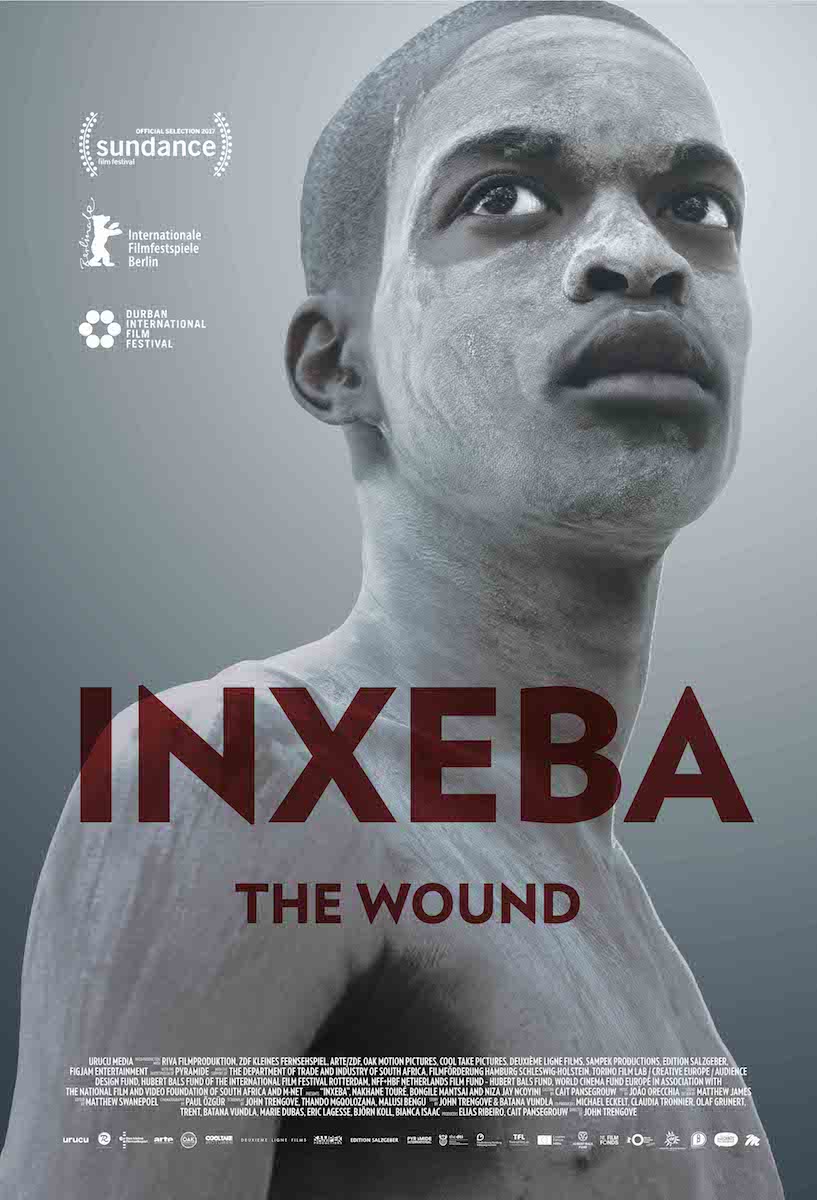 The Wound which premiered at this year’s Sundance Film Festival and later opened Berlinale Panorama went on to win a string of awards.

At Cinema Jove, the Valencia International Film Festival, The Wound was awarded the Luna de Valencia for Best Feature Film, as well as the Best Actor Award for Nakhane Touré.

At one of the world’s longest-running film festivals, the Sydney Film Festival, The Wound won the Audience Award for Best Feature.

At the 41st Frameline, San Francisco’s international film festival, held from 15 to 25 June and where 147 films were screened, The Wound won the First Feature Award.

Shortly before that, it was awarded the prize for Best Feature Film at the 32nd Lovers Film Festival, an LGBTQI festival held in Turin, Italy.

In April, the film received the Jury Prize for Best Narrative at the 19th annual Sarasota Film Festival in Florida, in the US.