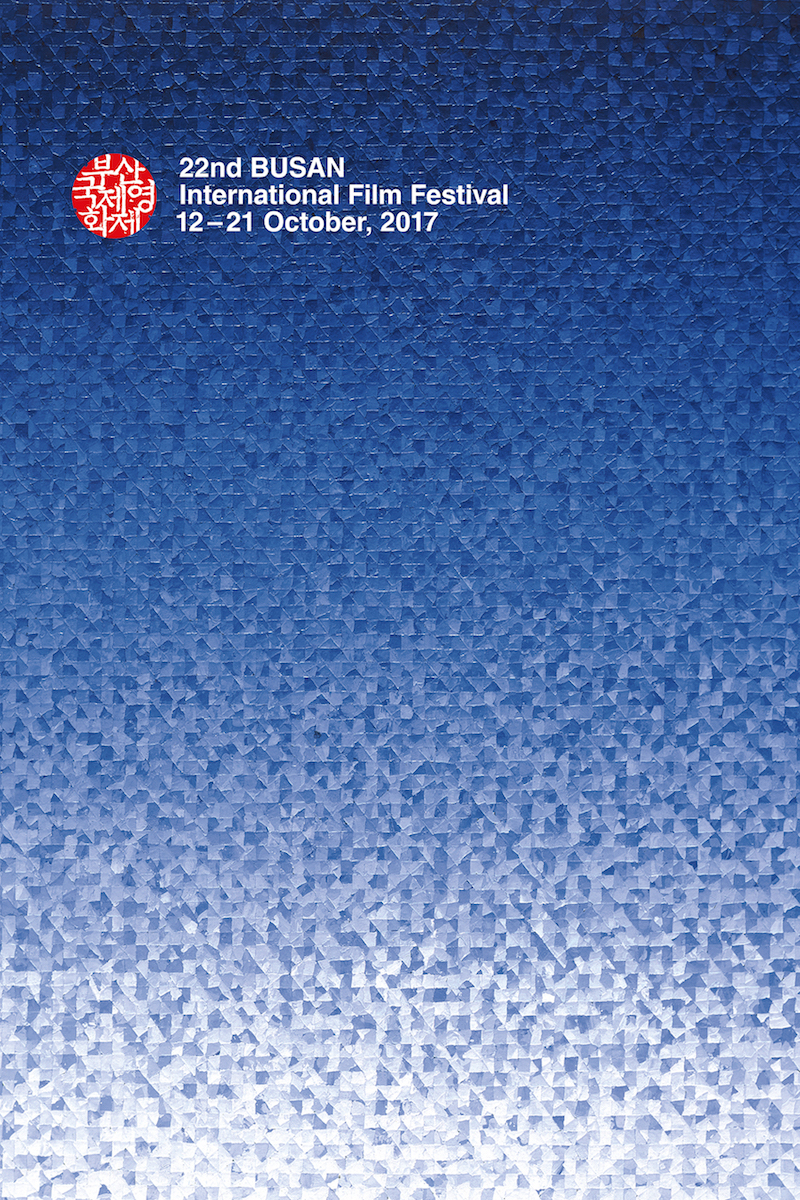 The 22nd Busan International Film Festival released the official poster featuring the original artwork of Chung Sang-hwa, the master of Korean abstract and monochrome painting. Chung Sang-hwa is best known as the leader of Korean Modern Art in the 1970s.

Representative of Minimalism, Chung’s artwork features a moderation of formality and a philosophical insight to achieve essence. The monotonous blue patterns found in his work might be considered dull and similar; however, close investigation of the surface reveals an association of disparate colors and patterns. As a whole, the pattern provides a sense of great depth and unification.

The blue monochromatic painting is reminiscent of beautiful oceans in Busan with an invigorating spirit that provides an impression of grandeur and magnificent energy. In general, the color of the poster provides dense white to blue parallels with the 22nd Busan International Film Festival that has grown in meaning to become a leading film festival in Asia. Reflecting the persistence and endurance of the festival against the wave of struggles over the past year, this year’s poster will light up the 22nd Busan International Film Festival.

Chung Sang-hwa was born in Yeongdeok, Gyeongsangbuk-do, Korea in 1932 and graduated with a Fine Arts Degree (painting) from Seoul National University. He held his first exhibition in 1963 and studied in France for a year in 1967. Chung came across the diverse artwork of various painters while staying in Japan from 1969 to 1976. After his career in France (from 1979 to 1992), Chung returned to his homeland in 1992 and has devoted himself to studio work at Yeoju, Gyeonggi-do.