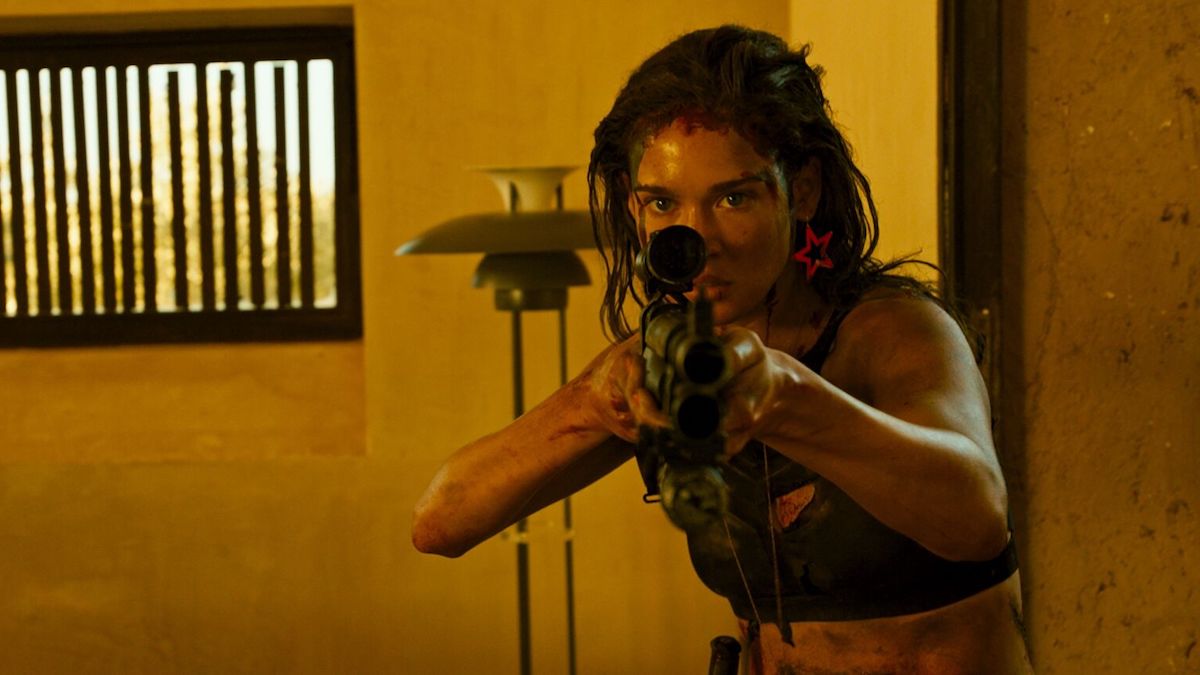 Coralie Fargeat’s blood-pumping debut Revenge which is set to world-premiere at this year’s Toronto International Film Festival next month has been snapped up by AMC Networks’ Shudder.  The film will be available on the premium thriller, suspense and horror video streaming service, and play theatrically in early 2018. Revenge will also play at this year’s Fantastic Fest.

Soaking the perennial rape/Revenge thriller in a strikingly hypnotic style, writer-director Coralie Fargeat’s compelling feature debut reframes the genre’s typical proclivities with a gaze that scrutinizes male bodies and foregrounds its protagonist’s transformation into a hardened vehicle of vengeance.

Jen (Matilda Lutz), arrives at a remote desert villa with her millionaire Adonis boy toy (Kevin Jannsens) expecting a weekend of romantic and illicit frivolity. Things take a turn for the worse with her lover’s unseemly hunting pals and Jen must seek vengeance on her attackers as they try to sweep her assault under the rug. Revenge plunges Jen into an arid, drug-induced hell, but one she resolves to emerge from, leaving a tidal wave of righteous violence in her wake.

Revenge is the latest all-rights acquisition for Shudder, following the acquisitions of Stefan Ruzowitzsky’s thriller Cold Hell, Graham Skipper’s sci-fi romance Sequence Break, Joe Lynch’s violent corporate satire Mayhem and Chris Peckover’s Christmas-set black comedy Better Watch Out. With multiple exclusives premiering on the service every month alongside a rapidly expanding collection of genre favorites, Shudder is deeply committed to bringing the best of horror and thriller to all of its members.

Coralie Fargeat, director of Revenge, said: “ As a true fan of genre films, I am extremely proud that my first feature is being released by Shudder. Having the support of such an impressive new player within the genre space will help the film find an enthusiastic and passionate audience. I am delighted that they will be accompanying me to the world premiere at TIFF!”

Patrick Brice’s CREEP 2, Follow-up to 2014 Hit, Gets a Release Date