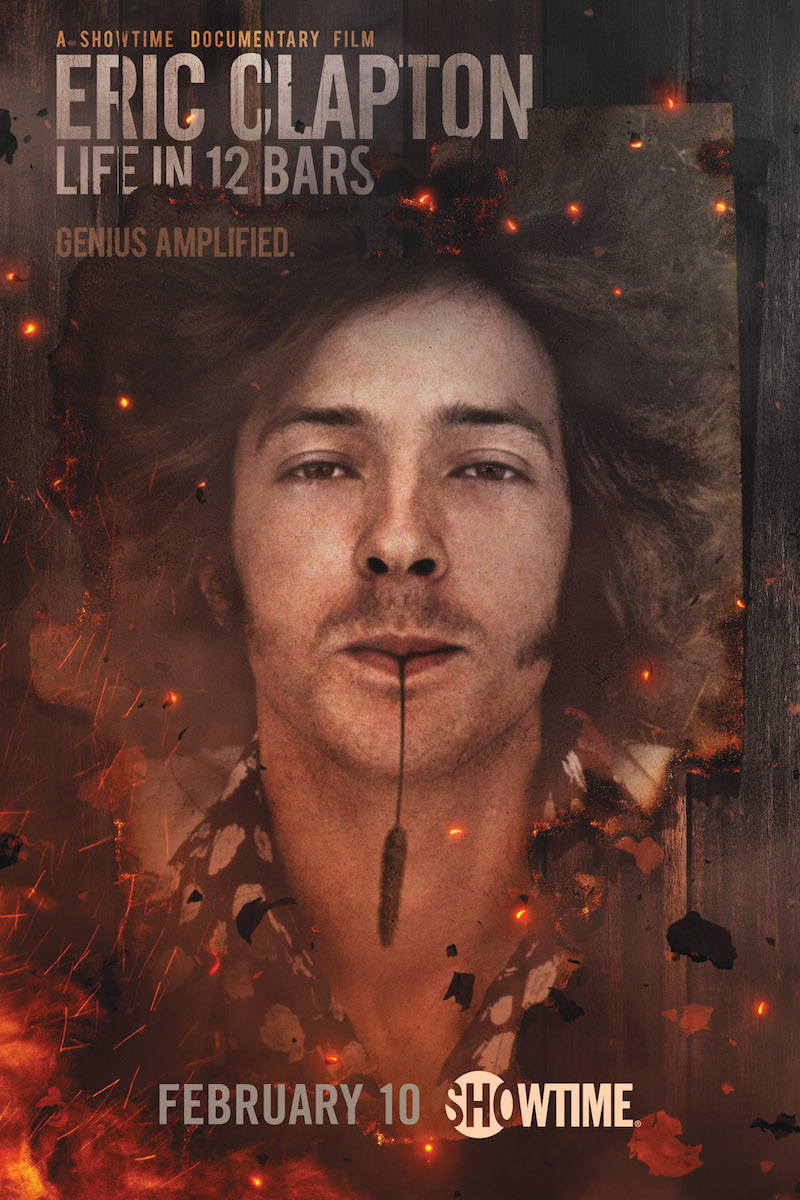 Ahead of its premiere at the Toronto International Film Festival this weekend, Showtime has released the trailer and poster for Eric Clapton: Life in 12 Bars, directed by Oscar-winner Lili Fini Zanuck (Rush, Driving Miss Daisy).

Following the festival, the film will make its world television debut exclusively on Showtime on Saturday, February 10 at 9 p.m. ET/PT. Also making its debut at TIFF this weekend is the new Showtime Documentary Film Love Means Zero, which presents an in-depth look at famed tennis coach Nick Bollettieri and will premiere on Showtime in 2018.

Told through his own words and songs, Eric Clapton: Life in 12 Bars is a moving and surprising film about one of the great artists of the modern era – a Grammy Lifetime Achievement Award winner and the only artist ever inducted three times into the Rock and Roll Hall of Fame.

Spanning more than half a century of legendary popular musical innovation, the film contextualizes Eric Clapton’s role in contemporary music and cultural history. This rare and deeply intimate film reflects on Clapton’s traumatic childhood, his long and difficult struggle with drugs and alcohol, the tragic loss of his son and how he always found his inner strength and healing in music.

The documentary features extensive interviews with Clapton himself, along with his family, friends, musical collaborators, contemporaries and heroes – including late music icons B.B. King, Jimi Hendrix and George Harrison. Incorporating exclusive access to Clapton’s extensive personal archive, audiences will see the sheer raw talent and ambition that was blighted by personal tragedy, sacrifice and addiction.