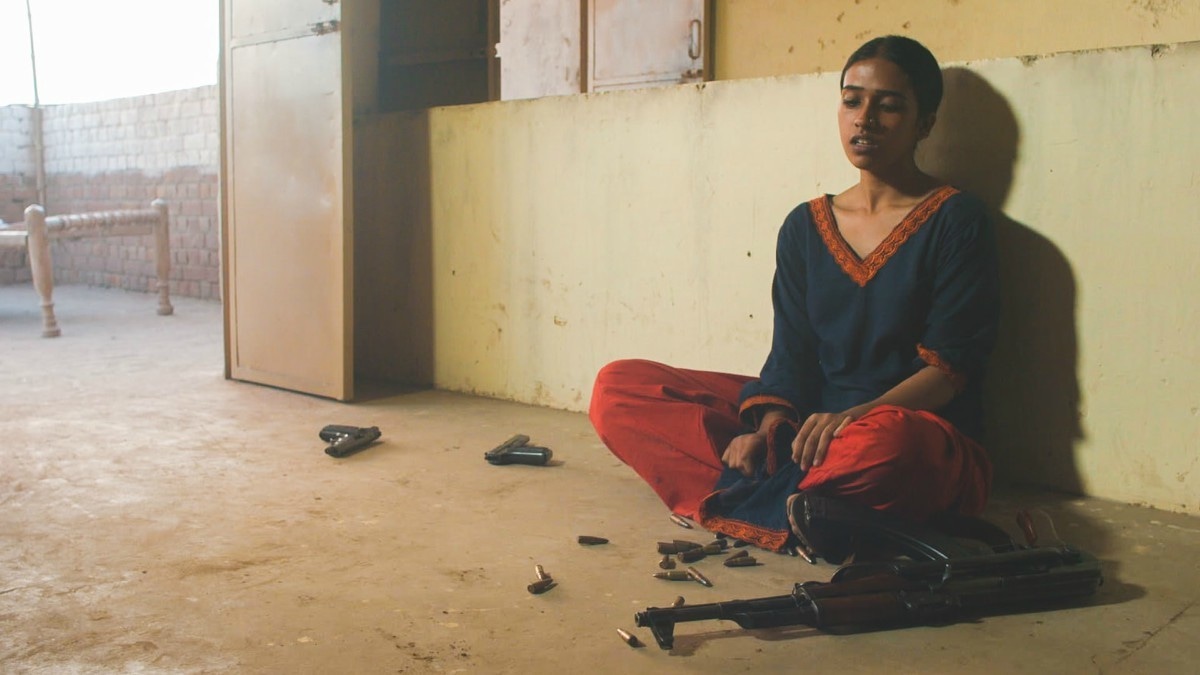 My Pure Land world premiered at this year’s 2017 Edinburgh International Film Festival is based on a remarkable true story, told in partial flashbacks, about how a mother and her two daughters try to protect their remote Pakistan home, picking up machine guns to fight off a virtual army of armed men.

MY PURE LAND is a film based on a true story. A young woman called Nazo and her mother and sister are called to defend their home after a bitter family feud leads to her father’s incarceration. In their isolated farmhouse in Pakistan, the women find themselves surrounded by armed men hired by their Uncle Mehrban to take back the land. When Nazo’s resistance leaves two of the men dead, an enraged Mehrban calls in a local ragtag militia – two hundred armed bandits. But even with only a handful of bullets left, Nazo refuses to give in…