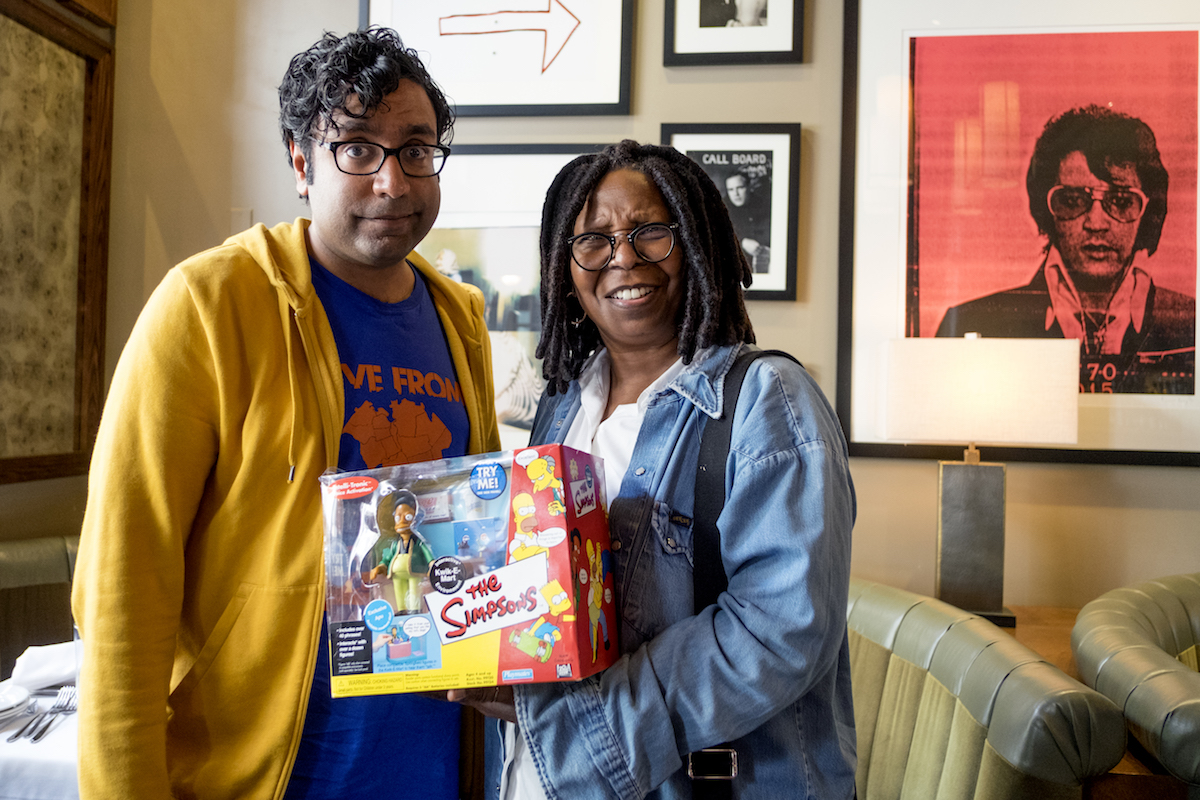 Brooklyn-based comedian Hari Kondabolu is the host of the popular podcast “Politically Re-Active” alongside W. Kamau Bell. In the new documentary, The Problem With Apu he tackles minority media representation and specifically Apu Nahasapeemapetilon, the Indian immigrant proprietor of the Kwik-E-Mart, a convenience store in Springfield – in the animated television series The Simpsons.

In this highly-personal, insightful and timely exploration of minority media representation, Kondabolu speaks with prominent South Asian actors about the damaging legacy of Apu – who is voiced by a white actor with a heavily exaggerated, stereotypical Indian accent.

With additional interviews with EGOT-winner Whoopi Goldberg, W. Kamau Bell, Surgeon General Vivek Murthy, Mallika Rao, and many more, The Problem With Apu takes a humorous look at how even a beloved television series can have a blind spot.

The Problem With Apu directed by Michael Melamedoff will World Premiere at DOC NYC 2017 on Tuesday, November 14, 2017; and will make its television premiere on truTV Sunday, November 19 at 10PM ET/PT.