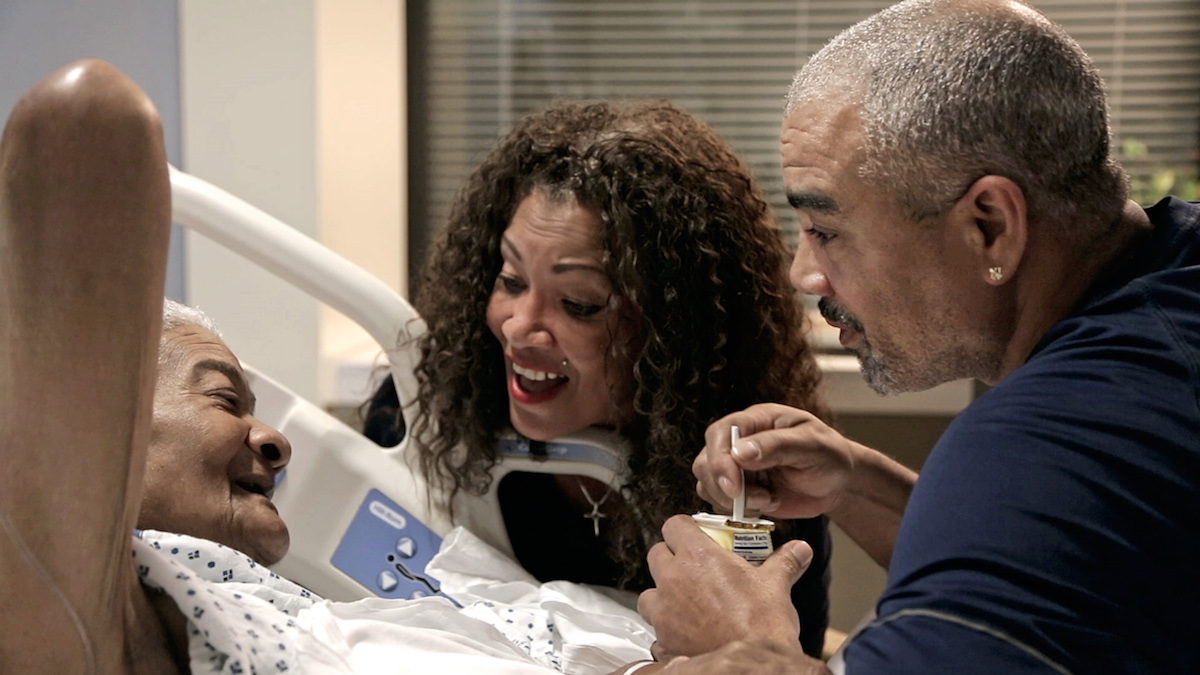 The new documentary feature film Defining Hope from director Carolyn Jones follows eight patients with life-threatening illness, and the nurses who guide them to make critical choices along the way as they face death, embrace hope, and ultimately redefine what makes life worth living.

Defining Hope will have a national theatrical release starting with a theatrical premiere in New York on Wednesday night, November 1. That same day, the film will be released and screened in over 100 movie theaters in all 50 states nationwide.

The film will also have a week-long theatrical run in New York City. Any additional markets will be announced later.

Ahead of the theatrical release, Defining Hope will have its world premiere at the Heartland Film Festival in Indianapolis, Indiana on October 17 and 18 and will screen at the Carmel Film Festival in Carmel-by-the-Sea, California on Saturday, October 21.

Defining Hope is a documentary that weaves the stories of patients with life-threatening illness, and the nurses who guide them as they make choices about how they want to live, how much medical technology they can accept, what they hope for and how that hope evolves. It is about optimism and helps us define what ‘quality of life’ really means.

The film focuses on palliative care, end of life issues, and hospice care. It offers a hopeful message about bringing power back to the patient and helping people understand that they have choices when deciding on care when confronting life threatening illness.

Defining Hope explores what makes life worth living and what to do for ourselves and our loved ones as we get closer to the end of life. Through the stories of patients, families, nurses, and healthcare professionals, the conversation around quality end-of-life care is brought to the forefront.

Defining Hope follows these three patients, and others, as they face death, embrace hope, and ultimately redefine what makes life worth living:

Diane is a nurse caring for end-stage cancer patients who is confronted with her own complex diagnosis.

23-year-old Alena undergoes a risky brain surgery that has the potential to damage her short-term memory.

95-year-old Berthold lives with his elderly wife who struggles to honor his wish of dying peacefully at home.