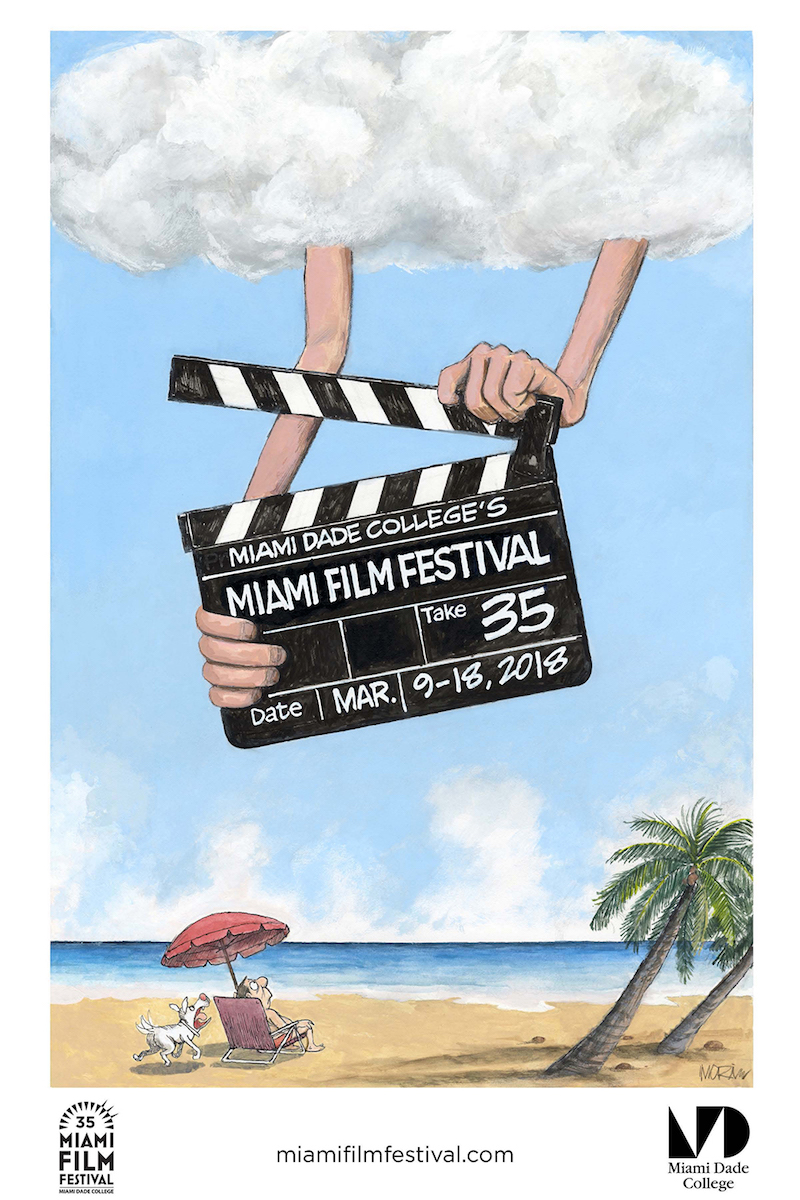 “Jim Morin’s delightfully barbed creations have skewered contemporary issues over four decades.  For the 2018 Miami Film Festival poster, his tongue-in-cheek work is open to a plethora of interpretations, from environmental through escapism and many more on either side of those debates. My favorite?  Miamians fondly embrace the often wacky hijinks that come with living in our tropical paradise – and for me, Morin’s 2018 poster encourages us to think of Miami life as if we were living in our own movie.  Take 35, coming up!” – Jaie Laplante, Festival Director

Jim Morin’s drawings won the Pulitzer Prize for editorial cartooning in 2017 and l996. He also has shared a Pulitzer in l983 with other members of The Miami Herald editorial board and was a finalist for the prize in l977 and l990. In 2007, he won the Herblock Prize; in 2000, the John Fischetti Award; in l999, the Thomas Nast Society Award; and in the l996 the National Press Foundation’s Berryman Award, among others.