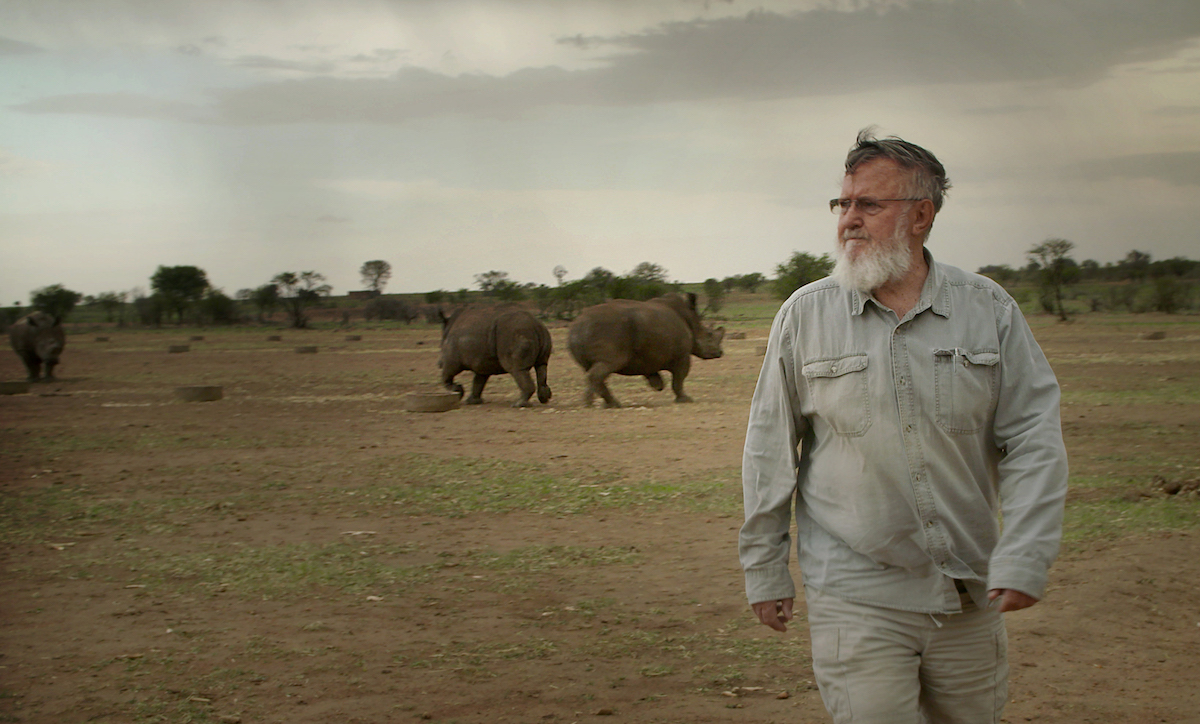 “TROPHY explores the complex stakes surrounding sport hunting and wildlife conservation,” said Amy Entelis, executive vice president for talent and content development for CNN Worldwide, “and then lets viewers make up their own minds about the value of these majestic creatures.”

From the film’s opening images of an American father and child hunting together in Texas, the filmmakers immediately frame the multidimensional nature of the controversy at the heart of the film. Character stories featuring hunters, anti-poaching security officials, reserve owners, animal welfare organizations, government officials, and hunting clubs establish why the intersecting issues are rippled with emotion and, in respect to those species which are endangered, the issues are also urgent.

“We wanted to explore the idea of what it means when we place economic value on wildlife. Could it be a tool to help conserve wildlife populations or does it hinder conservation efforts?” asked the filmmakers.

TROPHY takes viewers on an international visual safari, visiting the countries that are home to the ‘big five,’ the African wildlife most-prized by big-game hunters: lion, buffalo, rhino, leopard, and elephant. Pausing at the conference for Safari Club International (SCI) held annually in Las Vegas, the film lingers at exhibits for hunting outfitters, guns, taxidermy services, conservation seminars, and safari licenses. SCI, which attracts 20,000 visitors from around the world each year, hosts this broad array of interests and businesses, all at the same convention.

Hunting clubs and organizations like SCI argue that the trophy permit fees secured by hunters engaged in legal activity make important contributions to African economies and also fund conservation efforts. But even legal hunting can have unintended consequences. While countries like South Africa sell big-game hunting licenses which partially-fund its conservation activities, hunting instructor Tim Fallon says, “man has kind of screwed this up. We have encroached on so much natural land, that the species, all the species, have to be managed…”

Extraordinary aerial footage of vast African vistas shown in the film is interwoven with close images of swaths of cultivated lands. The film demonstrates that while hunting and habitat encroachment have an impact on wildlife reduction, it’s poaching, often connected to both corruption and terrorism, that’s having the most dramatic and deleterious impacts.

John Hume, owner of the world’s largest rhino breeding reserve, sees harvesting the horns from farm-raised rhinos as integral to saving his beloved animals. Rhino horn is “more expensive than gold or heroin by weight” Hume says. But, Hume asserts, animals do not go extinct while farmers can make money from breeding them. Hume’s procedure for harvesting rhino horn keeps the animals alive and re-growing more keratin horn. Hume feels that if he can demonstrate that raising rhinos and safely harvesting their horns offers an income, others may also similarly cultivate the animals, and thereby rescue them from being endangered. Ecologist Craig Packer believes Hume’s farm is a potential model success story for saving the rhino.

The film explores most of the challenges of balancing conservation, sport, human population growth, and the commerce associated with big-game hunting. Central to TROPHY, are the open questions of the appropriate economic value of wildlife. The film leaves the unanswered questions for viewers to ponder.

Image: Buffalo Dream Ranch, North West Province, South Africa – November 2016:  John Hume, the worlds largest rhino breeder walks among his Rhinos. Mr. Hume had invested more than 50 Million US dollars into his rhino project. He currently is the custodian of over 1500 Rhinos, and fears that without legalization in the trade of Rhino Horn his project will come to an end.