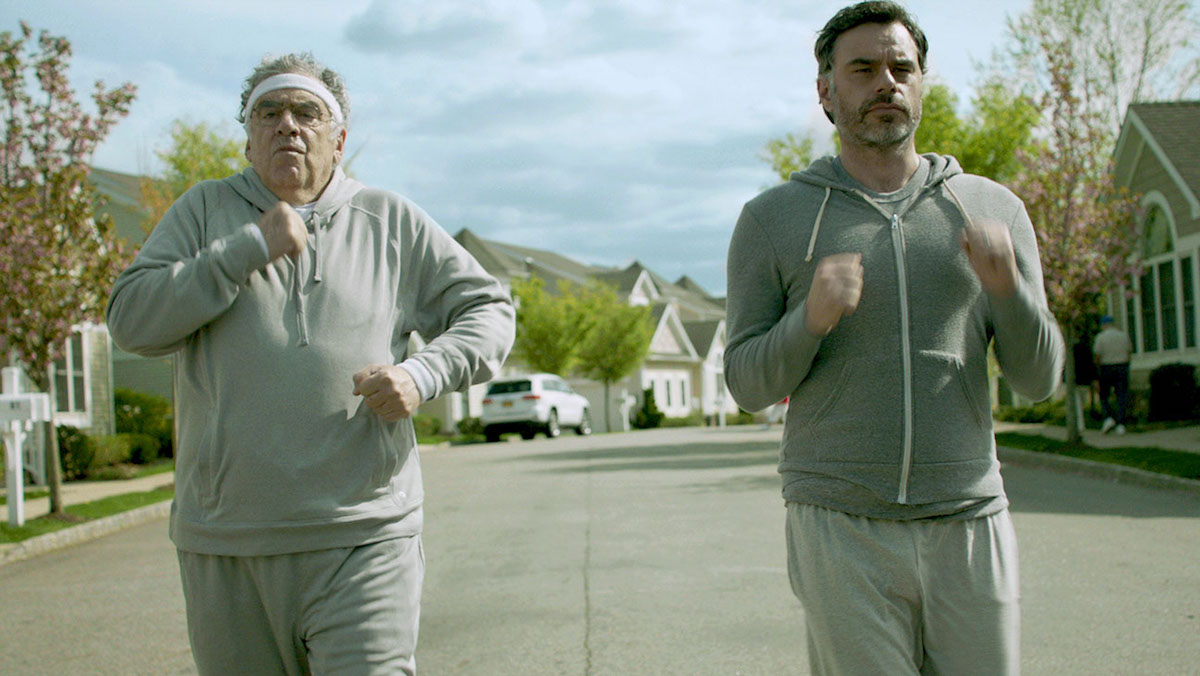 Here is the trailer for Humor Me, Sam Hoffman’s heartfelt father-son comedy inspired by his acclaimed web series, off-Broadway play, and book series “Old Jews Telling Jokes” that tells the story of a struggling playwright who is forced to move in with his dad in a retirement community.

The film opens on Friday, January 12th in New York at the Village East Cinema and Los Angeles on January 19th with rollout to follow.

Humor Me is a heartfelt father-son comedy about a struggling playwright who is forced to move in with his joke-telling dad in a New Jersey retirement community and learns, as his father often says, “life’s going to happen, whether you smile or not.” Written and directed by Sam Hoffman, producer of Wes Anderson’s Moonrise Kingdom, John Carney’s Begin Again and Richard Loncraine’s 5 Flights Up, the film stars Jemaine Clement, Legion, Moana, What We Do In The Shadows, People, Places, Things, Flight of the Conchords, and Elliot Gould, The Ocean’s Series, M*A*S*H, The Long Goodbye, Bugsy. Currently, Hoffman produces and directs CBS’ critically acclaimed series “Madam Secretary” & also writing a screen adaptation of Michael Pollan’s best-seller The Omnivore’s Dilemma with producing partner Frances McDormand!