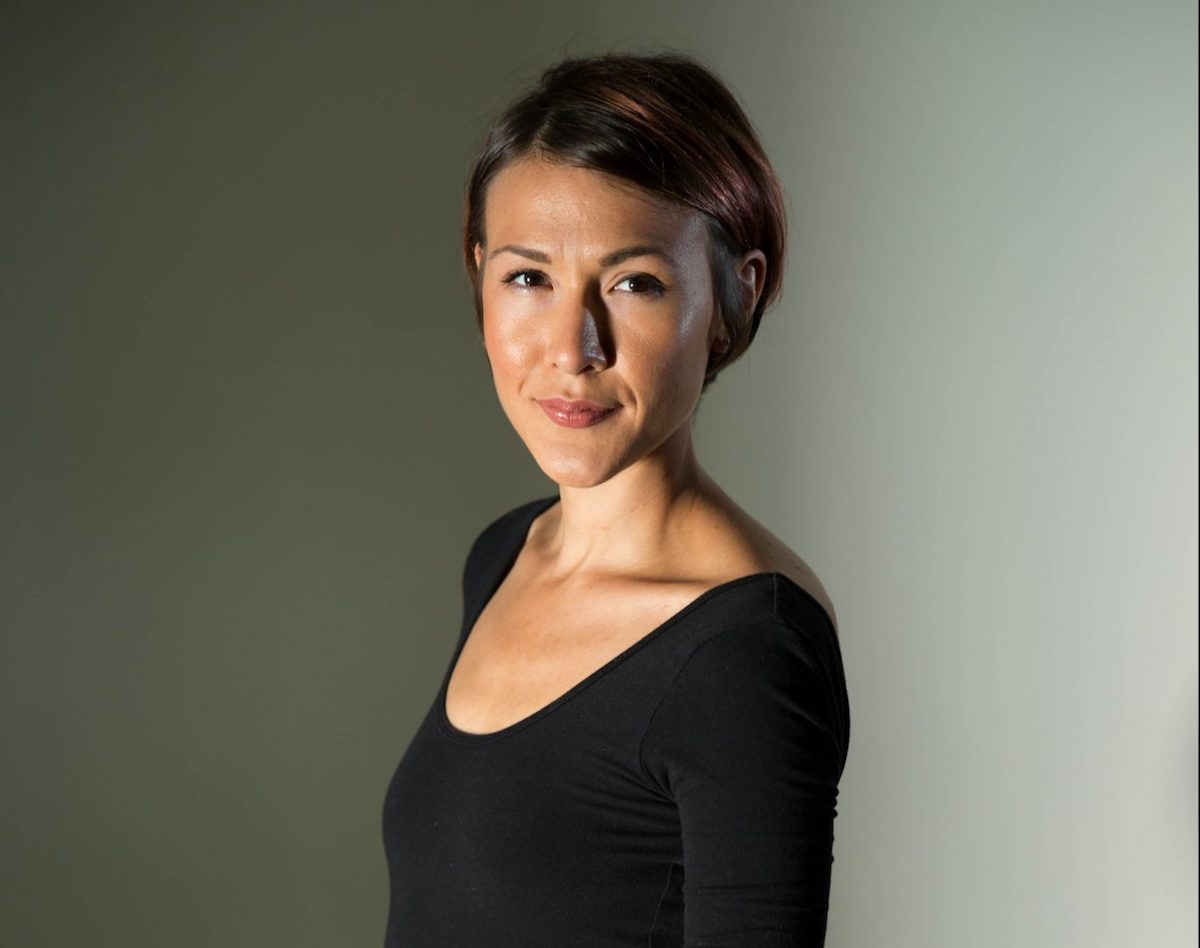 Elle-Máijá Tailfeathers (Blackfoot/Sámi) from Vancouver, British Columbia, Canada is the 2018 recipient of the Sundance Institute Merata Mita Fellowship – an annual fellowship named in honor of the late Māori filmmaker Merata Mita (1942-2010).  The announcement was made today at the 2018 Sundance Film Festival.

For the third consecutive year, Sundance Institute has identified an Indigenous filmmaker from a global pool of nominees to award a cash grant and provide a year-long continuum of support with activities including a trip to the Sundance Film Festival, access to strategic and creative services offered by Sundance Institute artist programs, and mentorship opportunities.

Tailfeathers is a filmmaker, writer, and actor. She has a bachelor’s degree from the University of British Columbia in First Nations and Indigenous Studies with a Minor in Women’s and Gender Studies. Her award-winning works are often community-focused and rooted in social justice.

Tailfeathers is a recipient of the Vancouver Mayor’s Arts Award and a Kodak Image Award for her work as an emerging filmmaker and a Canadian Screen Award for her performance in On the Farm. Her short documentary, Bihttoš (2014) was included in the TIFF Top Ten Canadian Shorts and was also nominated for a Canadian Screen Award and a Leo Award for Best Short Documentary. Bihttoš also won the grand jury prize at the Seattle International Film Festival for Best Short Documentary. Most recently, she directed a feature-length documentary, cesnaʔem: the city before the city – in collaboration with the Musqueam First Nation – which premiered at the 2017 Vancouver International Film Festival.

Tailfeathers is currently directing a feature-length documentary about the opiate crisis and addiction in her home community of Kainai First Nation (Blood Reserve). She is also in pre-production on a narrative-feature, which she is co-writing and co-directing with Kathleen Hepburn. Tailfeathers is an alumna of the Berlinale Talent Lab, the Sámi Film Institute’s Indigenous Film Fellowship, and a recipient of the Hot Docs Cross Currents Fund.

“Now in its third consecutive award year, this Fellowship pays tribute to the immense artistic contributions and memory of our beloved colleague and friend Merata Mita, who was an activist, documentarian and the first and only Māori woman to write and direct a dramatic feature,” said N. Bird Runningwater (Cheyenne/Mescalero Apache), director, Sundance Institute Native American and Indigenous Film Program. “The Merata Mita Fellowship reflects Sundance Institute’s ongoing commitment to supporting Indigenous artists globally. The selection of Elle-Máijá Tailfeathers as the 2018 recipient exemplifies the creative work and the efforts that Merata championed throughout her life.”

Merata Mita (Ngai te Rangi/Ngati Pikiao) was New Zealand’s first Indigenous female filmmaker. She served as an advisor and artistic director of the Sundance Institute Native Lab from 2000 to 2009, where she championed emerging Indigenous talent. The Fellowship is supported by the Consulate General of Canada, Indigenous Media Initiatives, Anonymous, Fenton Bailey and Billy Luther (Diné/Hopi/Laguna Pueblo), and Sarah Luther (Diné).

Sundance Institute’s Native American and Indigenous Film Program champions Native American and Indigenous independent storytelling artists through residency Labs, Fellowships, public programming, and a year-round continuum of creative, financial, and tactical support. The Program conducts outreach and education to identify a new generation of Native and Indigenous voices, connecting them with opportunities to develop their storytelling projects, and bringing them and their work back to Native lands. At its core, the Program seeks to inspire self-determination among Native filmmakers and communities by centering Native people in telling their own stories.