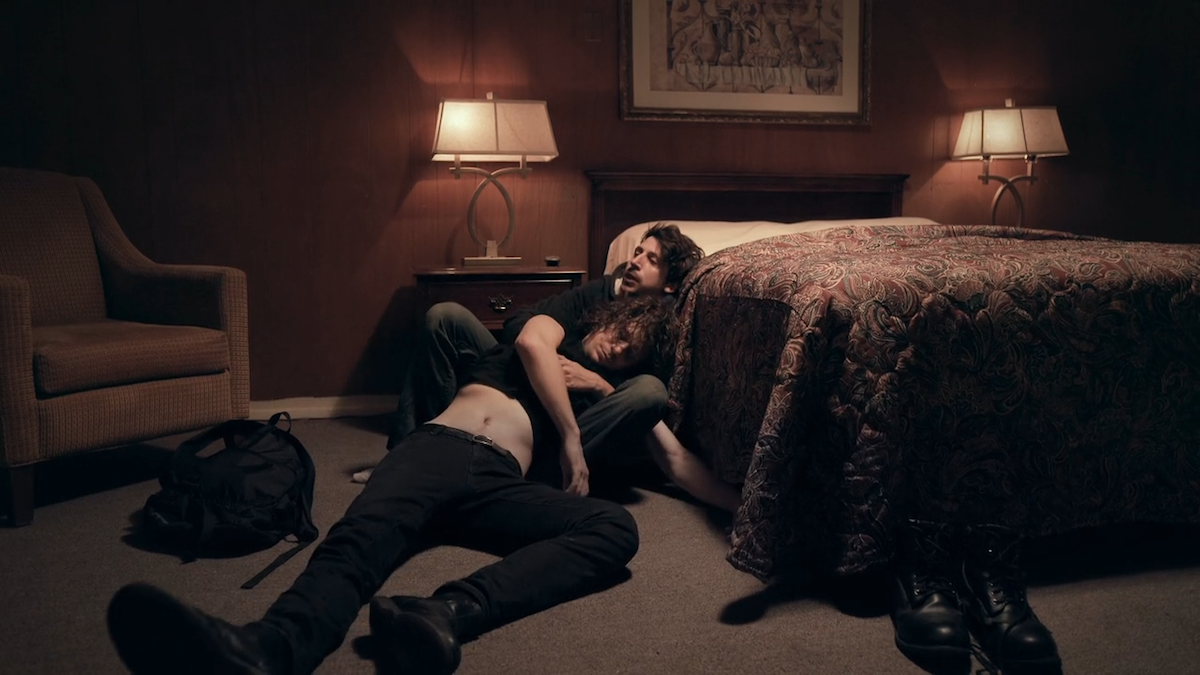 The Shoulder, an award-winning short film, directed by Rebekah Nelson and produced by Michael Freeland, will have its premiere on Friday, March 16th 2018, at the Queens World Film Festival.

The Shoulder chronicles the harrowing and raw journey of Derrick (Jordan Gwiazdowski), who in a last-ditch effort to save his older brother Jeremy (Jerzy Gwiazdowski) from the grips of addiction, kidnaps him, and drives him cross-country to wean Jeremy off heroin.
.
The Shoulder is a timely exploration of the complexities of addiction, and the devastation it wroughts on the individual and their family. The film effectively captures the chaos, demoralization and denial of addiction. The film asks the question, “Am I My Brothers Keeper.”

Rebekah Nelson says, with The Shoulder, I wanted to explore the thin line between survival and devastation. What happens to those who bear witness to the victims of addiction? In the midst of the opioid crisis in the US, I had the opportunity to read the stage play “Hugging the Shoulder”. It gave me some insight into the destructive path of addiction and the impact it can have on those close to the victim. How far should one go to save someone who doesn’t want to be saved?  The Shoulder serves as a window into a broader story, a glimpse into the journey of two brothers searching for deliverance.

The Shoulder is based on Jerrod Bogard’s stage play “Hugging the Shoulder”, which premiered at the 2006 New York Fringe Festival.

THE SHOULDER will premiere at The Museum of Moving Image during the following date /time:
March 16TH at 7:45pm, Q&A with Director Rebekah Nelson, Producer Mike Free and cast.

Rebekah Nelson is a filmmaker hailing from Queens, NY. She frequently collaborates with The Sparrow Film Project, writing & directing several short films for their festival. Such shorts include Eurydice and…, The Drop, Cytokine Cascade, A Christmas Carol: Stave V and Mister Warren’s Neighborhood. She produced the indie feature Living with the Dead (Lion Hearted Films), which is available to stream on Amazon.

Nelson starred in the feature American Bomber, which was promoted by the NYC Mayor’s Office as part of the MADE IN NY campaign. She has been a member of The Queensborough Theatre Project and Taxdeductible Theatre Company. She received a B.A. in theatre arts from Marymount Manhattan College & majored in drama at the Professional Performing Arts School in NYC.

Michael Freeland ‘s producer credits include American Bomber and Dead Light Glory, in which he also starred in, as well as the short In Between. He is the producer of The Sparrow Film Project: a festival of three-minute short films. Michael produced the stage play “Hugging the Shoulder”, inspiration for the short film The Shoulder, in the 2006 NY Fringe Festival.

Michael attended school at The University of Southern Mississippi and graduated from The American Musical and Dramatic Academy, as well as receiving his B.S. from The New School University. He currently resides in Astoria, Queens and is constantly plotting out the next project.