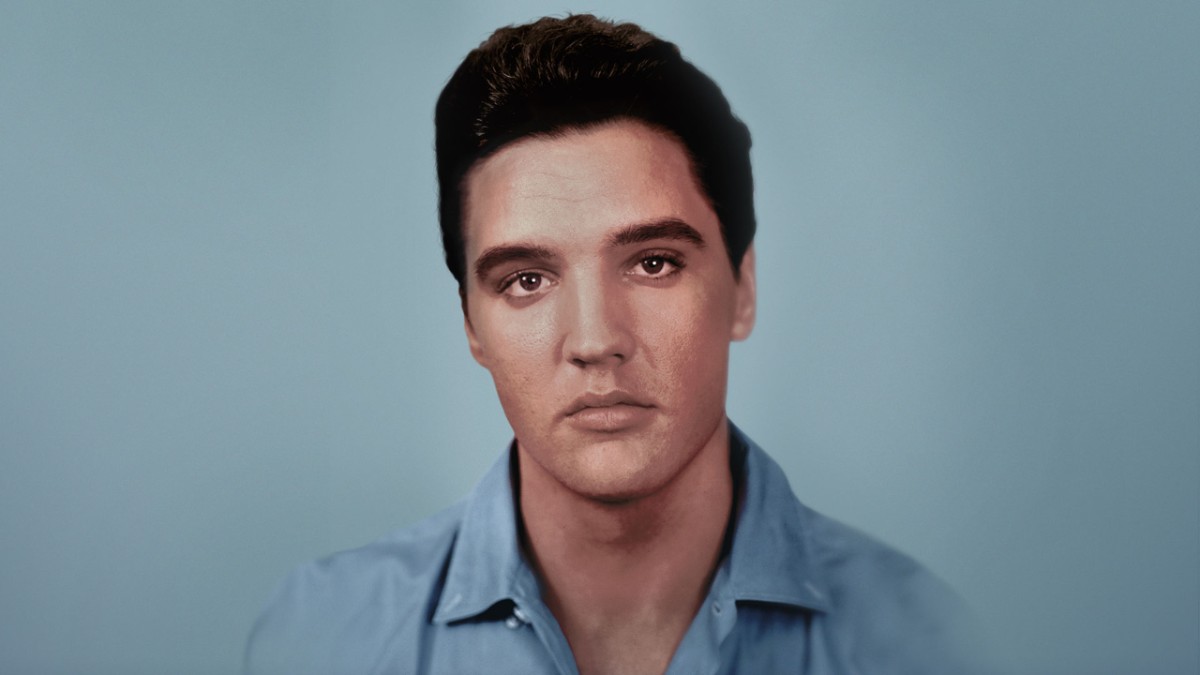 The documentary includes stunning atmospheric shots taken inside Graceland, Elvis’ iconic home, and features more than 20 new, primary source interviews with session players, producers, engineers, directors and other artists who knew him or who were profoundly influenced by him. It also features never-before-seen photos and footage from private collections worldwide, and an original score by Pearl Jam lead guitarist Mike McCready.

The first part details: Elvis’ early life in Tupelo, Miss., where he soaked up both black and white gospel music, and Memphis, where he sought out rhythm and blues and country music; his initial encounter with Sun Records producer Sam Phillips, who teamed him with Scotty Moore and bassist Bill Black to record the seminal hit “That’s All Right”; his early years of touring, mostly in the South, which burnished his reputation as a rising star; and his decision to sign with a national label, RCA Records, after his manager, Col. Tom Parker, bought out his Sun contract.

Also featured in part one: his unprecedented rise to fame over a single year, 1956, with a string of hit records and memorable TV performances, beginning with his electrifying performances on the Dorsey Brothers and Milton Berle shows, and capped by “The Ed Sullivan Show”; his long-held desire to break into movies, and success in early films like “Love Me Tender” and “Jailhouse Rock”; the death of his beloved mother, Gladys, just after he had purchased Graceland, a Memphis estate; and his two-year Army stint in Germany (1958-1960), during which he met his future wife, Priscilla Beaulieu.

The second part includes: Elvis’ return home after his Army discharge, when he was still a huge star and making hit records like “It’s Now or Never,” but facing a rapidly changing pop-music scene; Col. Parker’s efforts to pair Elvis with the likes of Frank Sinatra on TV to ensure a long and lucrative mainstream career; a seven-year period making an endless string of lightweight, music-infused movies, which stunted his musical growth and alienated many fans; and his triumphant TV comeback in 1968, a tumultuous year marked by social unrest and the deaths of Martin Luther King, Jr. and Robert F. Kennedy, which troubled Elvis deeply.

Also featured in part two: his commitment, orchestrated by Col. Parker, to an extended Las Vegas residency punctuated by over-the-top concerts featuring dozens of musicians and singers (The Sweet Inspirations, The Jordanaires); the Aloha from Hawaii concert, which reached billions via satellite, and was Parker’s response to Elvis’ repeated pleas to tour internationally, which he never did; his declining health in the 1970s, brought on by a grueling schedule of more than 100 concerts annually and an increased reliance on prescription drugs; his emotional recording of “Separate Ways,” which preceded his 1973 divorce from Priscilla; and his decision in 1976 to stage a marathon recording session in Graceland’s Jungle Room, where he cut dozens of songs, including the memorable “Hurt.” After the Jungle Room sessions, Elvis went back on tour, a shell of his former self. He died at Graceland on Aug. 16, 1977.

RCA/Legacy Recordings, a division of Sony Music Entertainment, will release “Elvis Presley: The Searcher”, the musical companion to the documentary, on Friday, April 6. It will be available in digital and physical configurations.

Director Thom Zimny’s previous HBO credits include the Bruce Springsteen documentaries “The Ties That Bind,” “Bruce Springsteen’s High Hopes” and “The Promise: The Making of ‘Darkness on the Edge of Town’.”