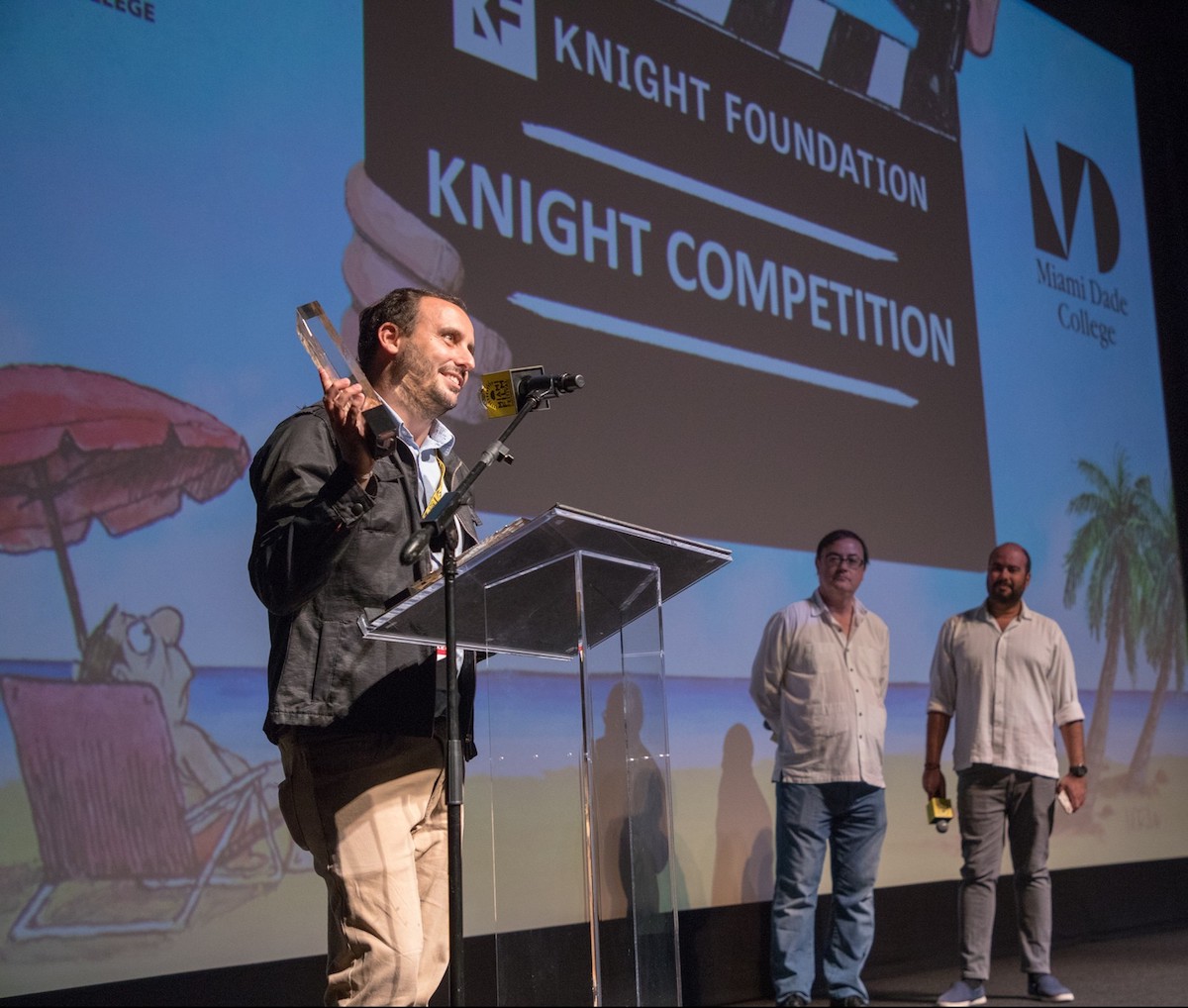 The Festival’s Audience Award for Best Feature went to the Argentina-Spain co-production The Last Suit (El último traje), written and directed by Argentine Pablo Solarz. The film is being released theatrically in the US by Outsider Pictures on March 23rd. “The Driver is Red”, a true crime documentary set in Argentina in 1960, directed by American filmmaker Randall Christopher, won the Audience Award for Best Short Film.

The $10,000 Knight Documentary Achievement Award, voted on by the public, was split equally between three US films in a race that Festival Director Jaie Laplante said was simply “too close to call”. The winning films included two films that world premiered at the Festival: When The Beat Drops, directed by celebrity choreographer and first time filmmaker Jamal Sims; and Amigo Skate, Cuba, directed by first-time feature director Vanesa Wilkey-Escobar. The films share the cash award and title with a third film, Liyana (a co-production with Swaziland), directed by Aaron Kopp and Amanda Kopp.

Mateo Gil won the Knight Competition Best Director award and $5,000 cash for The Laws of Thermodynamics (Las leyes de la termodinámica), which world premiered at the Festival on the same day Netflix announced that it had acquired worldwide SVOD rights to the title. Rodrigo Sorogoyen, recent winner of Spain’s Goya (Academy Award) for Best Short Film with “Mother” (“Madre”), repeated that feat at Miami Film Festival as Grand Jury Winner of the IMDbPro Short Film Competition.

The $10,000 Jordan Ressler Screenwriting Award for best first-produced screenplay in the Festival went to France’s Xavier Legrand, for the film Custody (Jusqu’à la garde). The film will be released theatrically in the US by Kino Lorber. The $5,000 Knight Competition Best Performance Award went to Cesar Troncoso from Uruguay’s Another Story of the World (Otra historia del mundo).

The Festival’s inaugural $10,000 Knight Made in MIA Competition, sponsored by the John S. and James L. Knight Foundation, open to any film – short or feature, documentary or narrative – in the Festival’s Official Selection that features a qualitatively/quantitatively substantial portion of its content (story, setting and actual filming location) in South Florida, from West Palm Beach to the Florida Keys, and that most universally demonstrates a common ground of pride, emotion, and faith for the South Florida community, went to David Abel’s Gladesmen: The Last of the Sawgrass Cowboys.

The $5,000 Zeno Mountain Award is a $5,000 cash prize established at Miami Film Festival’s 2017 edition and funded by Miami-based Fringe Partners, seeking to reward a film of any length or genre in the Festival’s Official Selection which helps break down barriers to our understanding of people living with disabilities, went to the short documentary about the legacy of a Miami Beach high school educator whose incredible achievements were undaunted by his affliction with multiple sclerosis: “Carry That Weight: A Rockumentary” by Brian J. Leitten.

The Jordan Ressler Screenwriting Award, sponsored by the family of the late Jordan Alexander Ressler, an aspiring screenwriter and Cornell film studies graduate who died in a tragic hiking accident at the age of 23, before realizing his dream, was presented by Ressler family member Gary Ressler, after the winner was unveiled by jury members, filmmaker Matthew Porterfield (Sollers Point), international programmer Jane Schoettle, and Miami-based writer, actor and storyteller Rudi Goblen. The Jordan Ressler jury also elected to give an Honorable Mention for Audacity of Vision to Georgian screenwriter and filmmaker Ana Urushadze for her debut Scary Mother.

KNIGHT MADE IN MIA AWARD

THE DRIVER IS RED (USA) directed by Randall Christopher

Cinemaslam Audience Award – Opposite Sex by Lidia Rosa Hernandez from Center of Cinematography, Arts, and Television