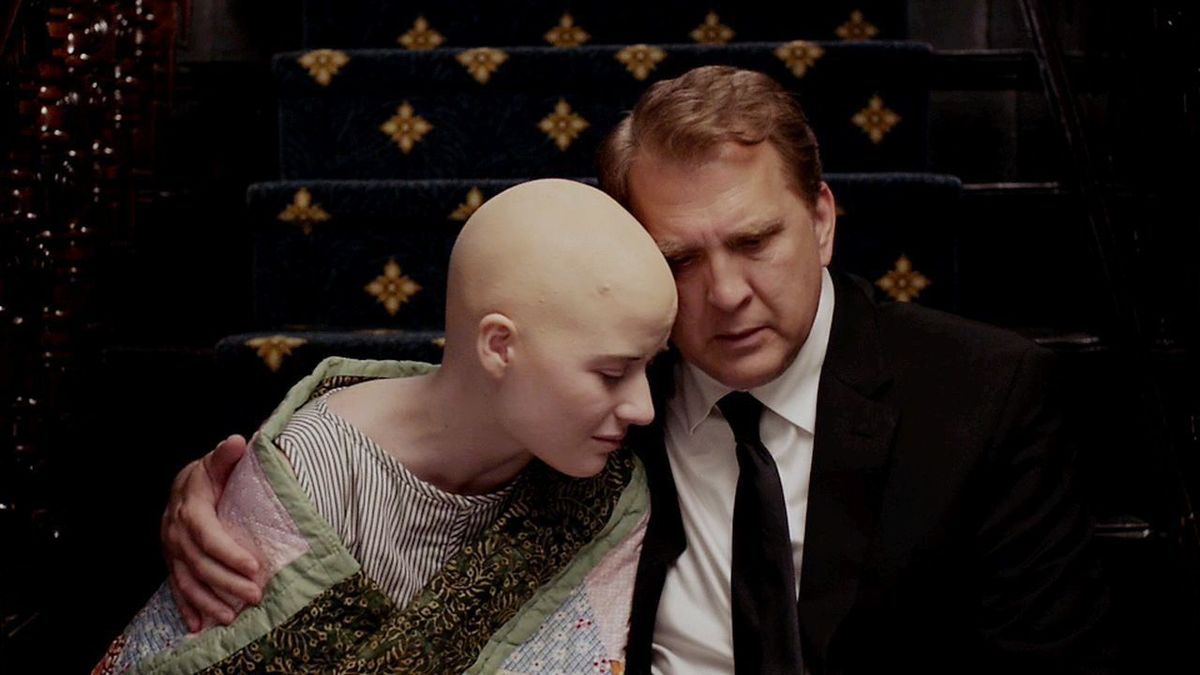 “Getting Grace,” is all about a spunky teenaged girl with terminal cancer who decides to make her own funeral arrangements, and sets in motion a plan that affects all of those around her.  The critically-praised family film from director and star Daniel Roebuck, opened in theaters across the USA on Friday, March 23; and is now playing at fifty-nine locations across the country, with another fifty locations planned for expansion over the next three weeks.

Daniel Roebuck is a widely recognized star from over one-hundred feature film roles (including “The Fugitive”, “U.S. Marshalls” and the current Christian theatrical hit “Let There Be Light“) as well as from the enormously successful TV series recurring roles in “LOST” and 8-seasons of “Matlock” with Andy Griffith. During the recently completed, multi-city Bus Tour, Roebuck was joined in different cities by other cast members, including newcomer Madelyn Dundon in the title role and film veteran Marsha Dietlein. “Getting Grace” tells the story of a teenaged girl’s unusual response to a terminal cancer diagnosis. Other stars include Dana Ashbrook, Timothy Goodwin and Duane Whitaker. The film is rated PG-13 and has already won the best picture accolade at two, major film festivals.

Audiences would be hard-pressed to find a more likable protagonist in any film. GRACE, the title character, is funny, sarcastic, empathetic and riveting. But, unfortunately, she is going to die.

Although Grace’s time is short, her positive impact on the world around her is monumental. The story is about a young girl who knows that she is dying. Grace goes into a funeral home to learn about death and ends up teaching the disenfranchised funeral director, BILL, about life.

We soon learn that while trying to “hedge the bet” about her afterlife possibilities she is also trying her best to prepare her mother, VENUS, for a future without her only child. Venus, we learn, is not dealing with the sad imminent truth well and is reverting to her old ways of drinking and “drugging.” Simultaneously, Grace humorously hijacks an ironically named “EMBRACE LIFE” class offered by her hospital for children dealing with their own fatal diseases and moves it to the funeral home. Not only does she do her best to teach the adults in her life to live their lives to the fullest, she has the same effect on her peers. And she discovers love, herself.

Grace is also desperately searching for someone to take care of her mother. Will it be Bill, REVEREND OSBURN (the hospital’s chaplain) or RON, the charismatic and successful author of a book about the afterlife. Once those around her actually “GET” Grace (meaning they finally understand her), every one of them is able to transition to their own new life.

“Getting Grace” is an extraordinary story with a lead character who affects a chain of positive events in the lives of all she comes in contact with…be they doctors or morticians or her own mother. Through Grace, her loved ones learn that life need not be lived long to be lived fully.

Movies on TV Stadium, Hillsboro, OR

‘The Raft’ ‘Laila at the Bridge’ ‘Beautiful Things’ and More Win at CPH:DOX 2018