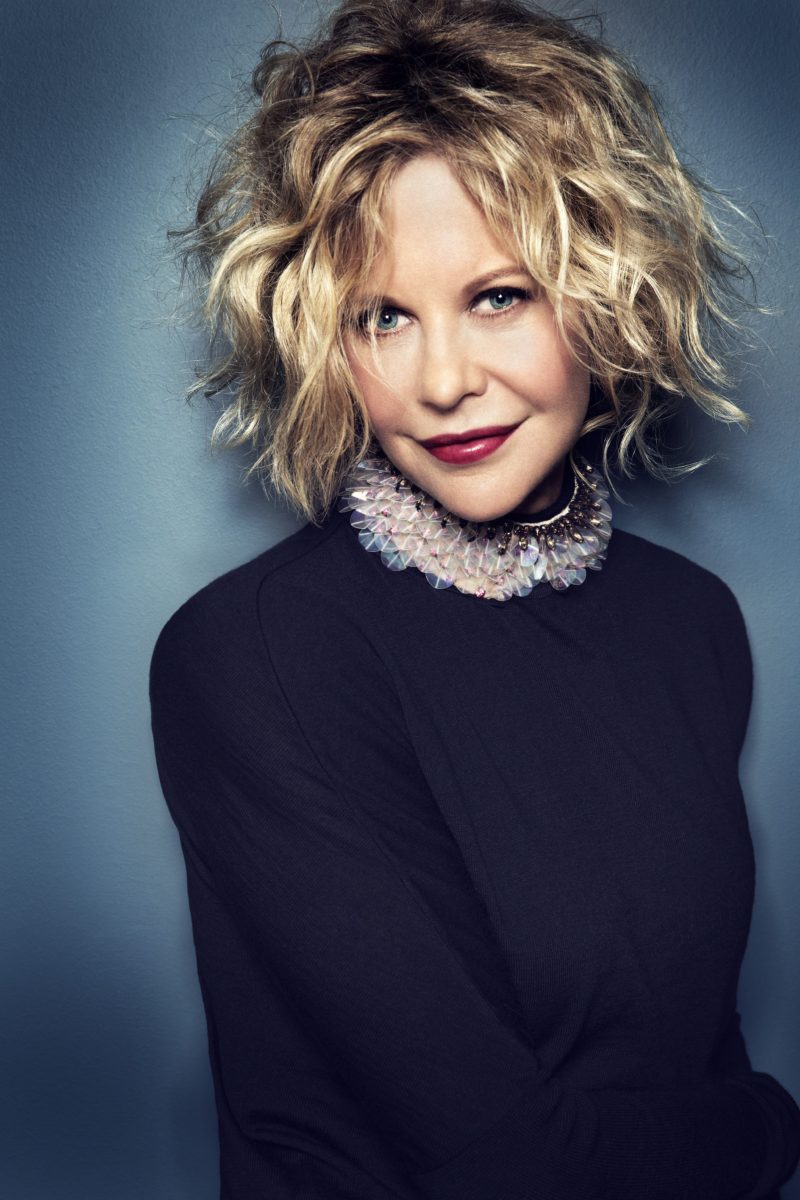 Actor and Filmmaker Meg Ryan will receive the new Legacy Award at this year’s 2018 Bentonville Film Festival.  The Legacy Award celebrates filmmakers and entertainers that have represented inclusion in the film and entertainment industries in exemplary fashion and have been leaders in pushing the industry toward better practices regarding diversity. She will be honored and also take part in a special conversation about her career in front of and behind the camera, on Friday, May 4 at the AMC Theatre at 21c Museum Hotel (200 NE A St), hosted by Busy Phillips (Vice Principals).

Her appearance will mark Ryan’s third time at BFF, which will include anniversary screenings of her two classic collaborations with Nora Ephron and Tom Hanks – SLEEPLESS IN SEATTLE (1993) and YOU’VE GOT MAIL (1998). She will also join Geena Davis for the panel discussion, “Geena and Friends Talk About Reversing Gender Roles On Screen” Presented by by L’Oréal Paris and Maybelline New York on Saturday, May 5th at 12:00 PM at Record North (104 SW A St).

An actor and filmmaker, Meg Ryan’s film career took a major leap with her appearance in Tony Scott’s TOP GUN (1986), with starring roles in Joe Dante’s Innerspace (1987) and Annabel Jankel and Rocky Morton’s D.O.A. (1988) quickly following. However, the romantic comedy trio of Rob Reiner’s WHEN HARRY MET SALLY (1989), and Ephron’s SLEEPLESS IN SEATTLE (1993) and YOU’VE GOT MAIL (1998) that cemented her place in the hearts of film goers around the world. Not limiting herself to the lighter fare, Ryan also tackled dramatic roles in film like Taylor Hackford’s PROOF OF LIFE (2000), Jane Campion’s IN THE CUT (2003), and Charles Dutton’s AGAINST THE ROPES (2004). After a hiatus, Ryan returned with Jon Kasdan’s IN THE LAND OF WOMEN (2007), Diane English’s remake of THE WOMEN (2008), and Cheryl Hines’s SERIOUS MOONLIGHT (2009). Having worked with some of the top directors in Hollywood, Ryan then took her turn behind the camera, directing the period drama, ITHACA (2015).