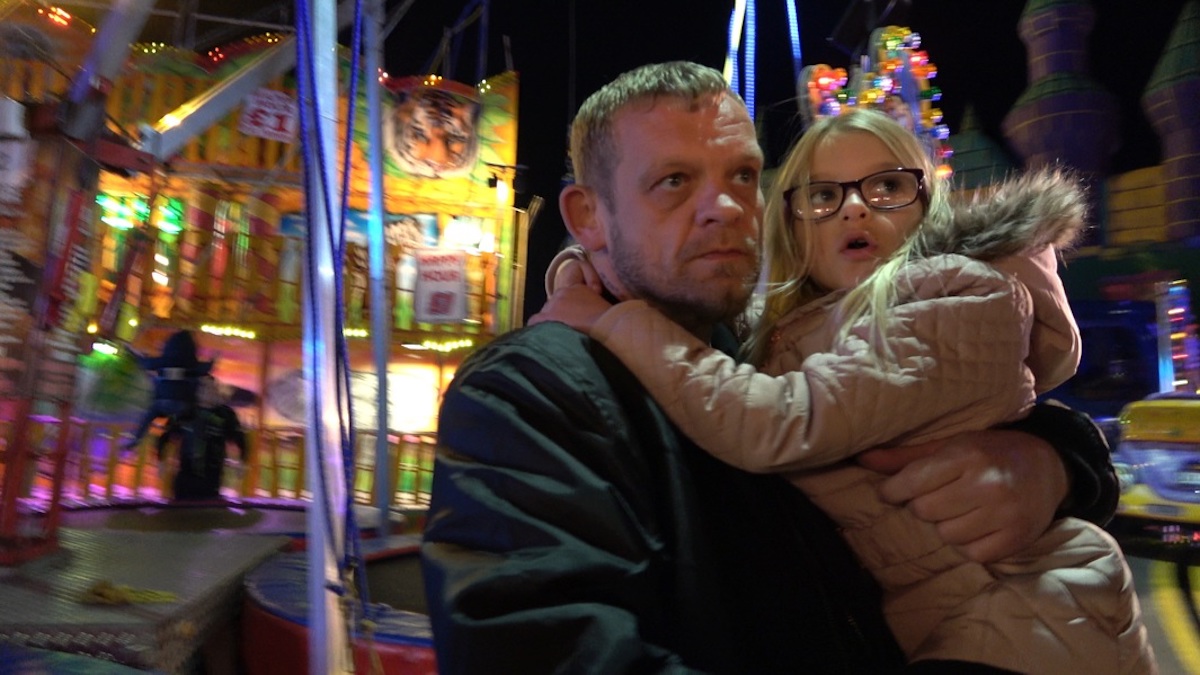 The 25th anniversary edition of Sheffield Doc/Fest taking place from June 7 to 12, 2018, will open with the World Premiere of A Northern Soul by Yorkshire-born director Sean McAllister – winner of the 2015 Grand Jury Prize with A Syrian Love Story.

In the film, McAllister returns to his Yorkshire hometown of Hull as creative director of the opening ceremony of the City of Culture celebrations: living back with his 90 year-old parents, McAllister reflects on the changes to a city hit by cuts in public spending and divided by Brexit and where more than 1 in 3 children are living in poverty. Drawn to the fringes of town, McAllister met and started filming with Steve Arnott, a struggling warehouse worker by day and hip-hop performer by night, who harbours his own creative dream. Says Sean McAllister, “Back home in Hull, where I began, I have been filming Steve and wondering whether he can, against the odds, unlock the opportunities to build a better life? Is social mobility possible in cities like Hull? What role does culture have to play in this? How long can he hold onto his dreams for?”

Luke W Moody, Director of Film Programming, Sheffield Doc/Fest says, “The World Premiere of A Northern Soul is the perfect opening scene to Doc/Fest’s 25th festival edition. Sean’s internationally recognised cinema of rapport questions the present from a local point of view, but touches us all. A Northern Soul is a potent story about belonging, the value of culture for every person and offers a sense of hope and solidarity in turbulent times.”

Continues Sean McAllister, “I am delighted that Sheffield Doc/Fest is opening its 25th edition with a film from Yorkshire, and I cannot think of a more fitting occasion for A Northern Soul to receive its World Premiere. As a Northern filmmaker – and as someone who has attended every Doc/Fest since its inception and screened all my films here – it particularly resonates with me that the festival supports and celebrates regional voices and brave filmmaking – whether that’s in Syria or Hull – and it’s great to see the festival making these bold choices.

“Steve represents a forgotten generation whose dreams haven’t been met. He is also a deeply community driven optimist, who has been trying to find a way to bring creativity and culture to the disadvantaged kids of the city, whose opportunities to build a better life are restricted by the world around them. I left school at 16 and went straight into dead end factory work and eventually made a film in a pea factory that got me into film school and since then I’ve enjoyed filming around the world but it felt like an important time to be filming back in the North “.

Director Sean McAllister is known for his candid, frank films, depicting with extraordinary intimacy the lives of ordinary people who are struggling to survive but are survivors, caught up in political and personal conflict, struggling to make sense of the world we live in. From his early films Working For The Enemy (1997) and The Minders (1998), Sundance Jury Prize-winning The Liberace Of Baghdad (2004) and Japan: A Story Of Love And Hate (2008) to his more recent successes, The Reluctant Revolutionary and Sheffield Grand Jury Prize winning, BAFTA nominated A Syrian Love Story (2015), Sean’s work continues to inspire, to surprise and to fascinate audiences.

A Northern Soul is produced by Elhum Shakerifar (Even When I Fall 2017, Almost Heaven 2017, A Syrian Love Story 2015,) and Sean McAllister for BBC Two, with support from the BFI awarding funds from the National Lottery, Joseph Rowntree Foundation and Sharp House.