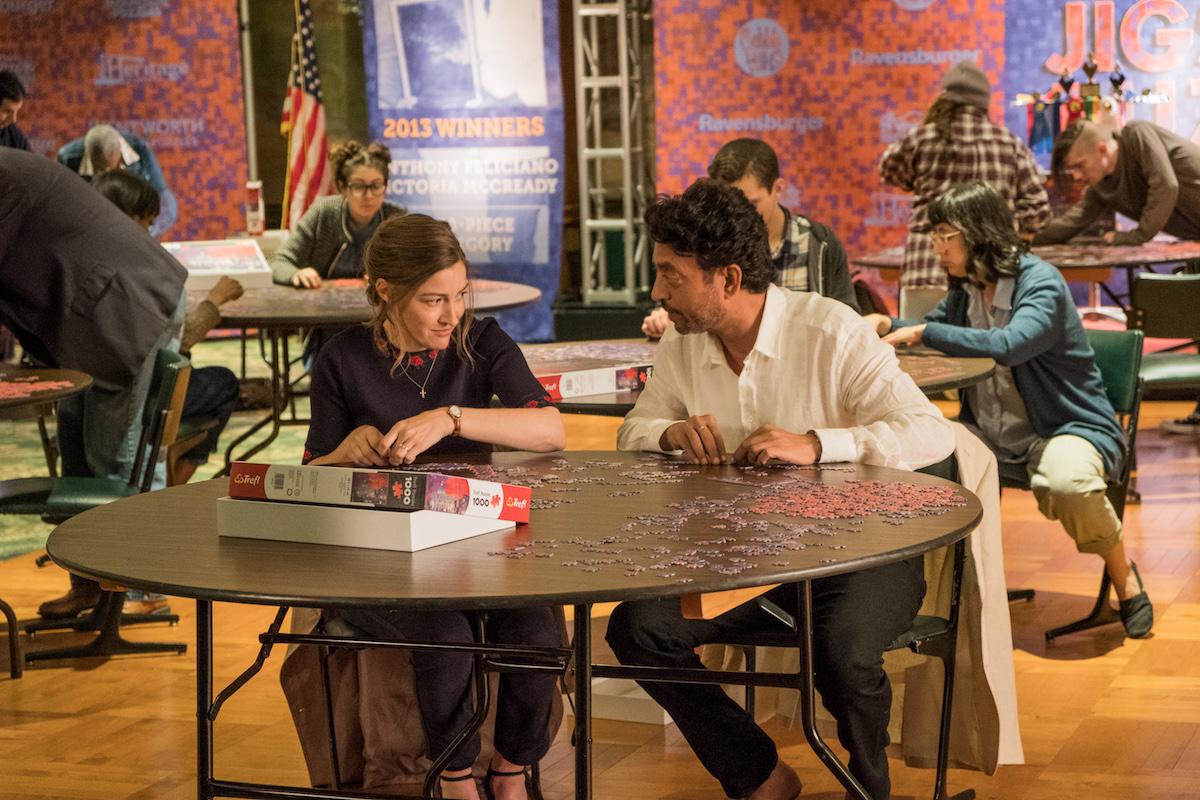 Puzzle is the closely observed portrait of Agnes, who has reached her early 40s without ever venturing far from home, family or the tight-knit immigrant community in which she was raised by her widowed father. That begins to change in a quietly dramatic fashion when Agnes receives a jigsaw puzzle as a birthday gift and experiences the heady thrill of not only doing something she enjoys, but being very, very good at it.

After years of concerning herself exclusively with the needs and wants of her husband Louie and sons Ziggy and Gabe, Agnes has found something that she wants to do. Stepping out of her domestic bubble to pursue her new hobby, Agnes meets Robert, a wealthy, reclusive inventor who immediately recognizes her talent and recruits her as his partner for an upcoming world jigsaw tournament. Each day she spends out in the world, puzzling and conversing with Robert, takes Agnes further along on the road to a new understanding of herself and her strengths. With that understanding come new insights and an assertiveness that finds her speaking out on her own behalf and pushing back against the assumptions and routines that have until now defined her role in her family. Ultimately, Agnes will decide for herself what comes next.

Friend of EIFF, Kelly Macdonald plays Agnes whilst the legendary Irrfan Khan takes on the role of charismatic puzzle master Robert, both leading a stellar ensemble cast in this life-affirming film directed by Marc Turtletaub. The film is set to be released in the UK by Sony Pictures Releasing this Summer.

Mark Adams, Artistic Director of Edinburgh International Film Festival commented: “We are thrilled to be able to celebrate the undeniable talent of Kelly Macdonald in this wonderfully enjoyable and uplifting film. It is a subtle and impressive new film that succeeds on all levels.”

Director Marc Turtletaub added: “It’s a great honor to be invited to have Puzzle open Edinburgh International Film Festival 2018. This world class Festival has been a personal favorite for a long time – and being able to showcase Kelly’s performance here makes it even more rewarding.”