THE INTERPRETERS, Documentary on Iraqi and Afghan Interpreters Working with U.S. Troops, to Premiere at Telluride Mountainfilm 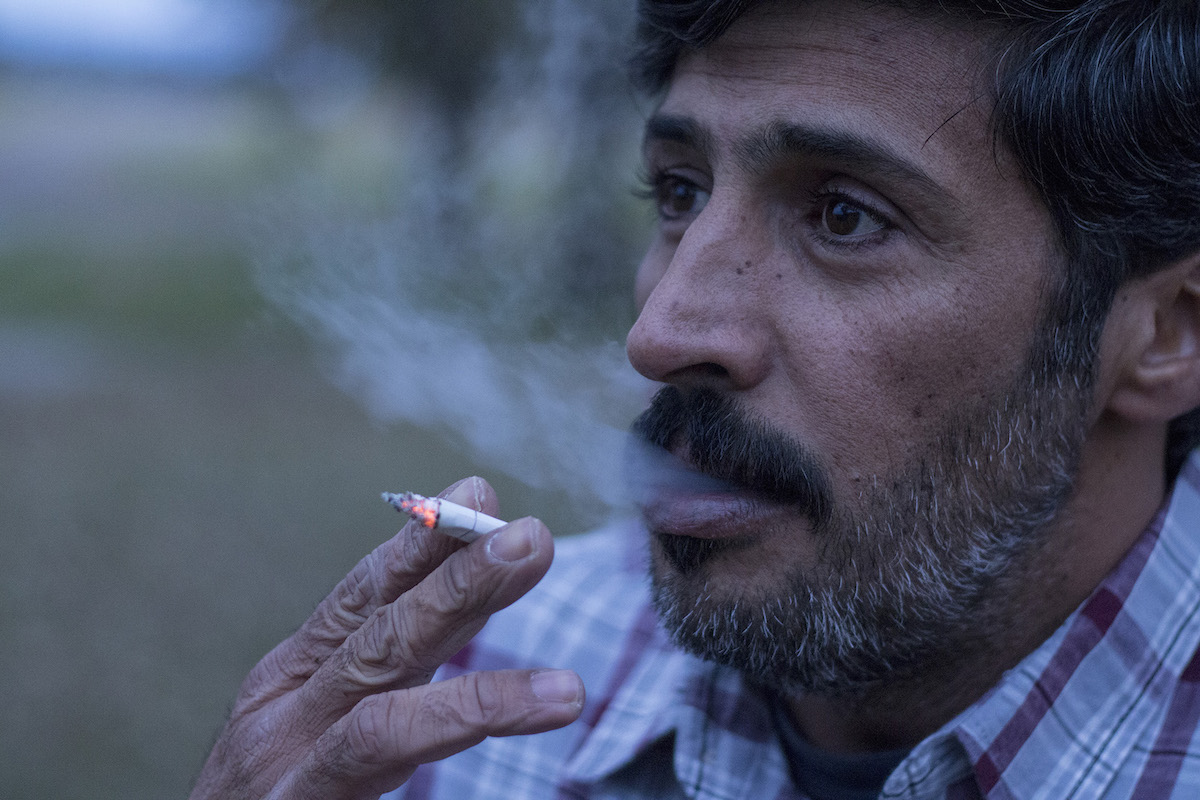 More than 50,000 local interpreters helped protect U.S. troops on the ground during the wars in Iraq and Afghanistan, enabling soldiers to communicate with the local population. But those who took the job were often considered traitors in their own countries. From the acclaimed filmmakers of “Gaucho del Norte,” Andrés Caballero and Sofian Khan, comes the new feature documentary The Interpreters, making its World Premiere at Telluride Mountainfilm Festival on Memorial Day Weekend on Saturday, May 26 and Monday, May 28. The film tells the story of three interpreters woven together over the course of two years, following them as they struggle for safety in the aftermath of war and attempt to rebuild their lives.

Phillip Morris, whose chain-smoking earned him the nickname, is a central character. His warm, contagious laugh belies the dangerous work he undertook for four years. He served alongside Paul Braun, a sergeant in the Minnesota National Guard who became his best friend. After coalition forces withdrew in 2011, Phillip and his family came under threat. Back in Minneapolis, Paul works tirelessly to get Phillip to safety.

In 2008, the U.S. created the Special Immigrant Visa (SIV) program to help interpreters like Philip get to safety. However, the process has been marred by long delays and backlogs. So far, only a fraction of interpreters has received visas, counting for just a fraction of the tens of thousands who have been left behind. In addition, growing anti-refugee rhetoric has put the future of the SIV program in jeopardy.

Phillip is lucky enough to have an American soldier advocating on his behalf and is finally able to make it to the U.S. in 2013. However, his family’s paperwork is delayed, and they’re forced to stay behind in Iraq amidst the rising threat of ISIS. While Phillip acclimates to life in America, he waits anxiously for his family to join him. And eventually, he must go back to complete their paperwork, once again facing the threat of being a marked man in his country.

Meanwhile, in Afghanistan, many interpreters are living in hiding with their families while they wait for their visas to be processed. Malik, who is still an active interpreter with the Americans at the Air Force base in Kabul, has been waiting for his SIV for nearly four years. Somehow, he has the security clearance to continue working on the base alongside U.S. troops, while still being stuck in the security review stage of the visa process. Every trip back and forth between the bases is dangerous. Fearing for his life, Malik moves with his wife and two children from his father-in-law’s house to his sister’s house every other week.

Mujtaba is another Afghan interpreter who worked with the army and the DEA fighting drug traffickers. But the danger is too great. He decides he can’t wait any longer for the SIV to come. Mujtaba leaves with his family for Turkey. They attempt to cross the Aegean Sea from Turkey to Greece with the help of smugglers, but a tragic accident sets him on a path he never imagined.

“The idea for The Interpreters came after meeting Phillip Morris,” said directors Andrés Caballero and Sofian Khan. “We were immediately curious about his journey from the moment he started working with U.S. forces until his arrival to the U.S. with the help of Paul Braun. But simply telling Phillip’s journey would not be enough to tell the full story. We also wanted to know about the stories of the interpreters who were still in hiding, waiting for their Special Immigrant Visas, and those who had given up on the visas and left for Europe as refugees. Our goal with the film is to inform viewers about an important issue, which became even more relevant after the last U.S. election, without overshadowing the personal journeys of the characters.”

Andrés Caballero is a New York-based filmmaker, journalist and public radio producer. He’s currently a producer at NPR’s Latino USA and his stories have appeared on NPR’s Morning Edition, Weekend Edition, PBS, Deutsche Welle and other media outlets. He produced “The Military Voices” series for StoryCorps, about military personnel who served in post 9/11 conflicts. Andres is a former NPR/Above the Fray fellow, where he reported stories from Cameroon and the Central African Republic. He co-directed “Gaucho del Norte” (2015), an observational documentary that follows the journey of a Patagonian immigrant sheepherder recruited to work in the American west. Andres is also a 2016 MacArthur Documentary Grant recipient for “The Interpreters.”

Sofian Khan is the founder of Capital K Pictures, a New York-based production house. His shorts have appeared on Field of Vision, Al Jazeera, PBS, Fusion, The Atlantic and The Huffington Post. He is a 2016 MacArthur Documentary Grant recipient for “The Interpreters” (2018). Sofian’s first feature “The Dickumentary” (2014) — a definitive history of the penis from its evolution millions of years ago to today — was acquired by Breaking Glass Pictures in the U.S., and made its festival premiere at the Atlanta Film Festival. His second feature “Gaucho Del Norte”(2015) was released shortly after, co-directed with producing partner Andrés Caballero. The film was a Jerome Foundation grant recipient.