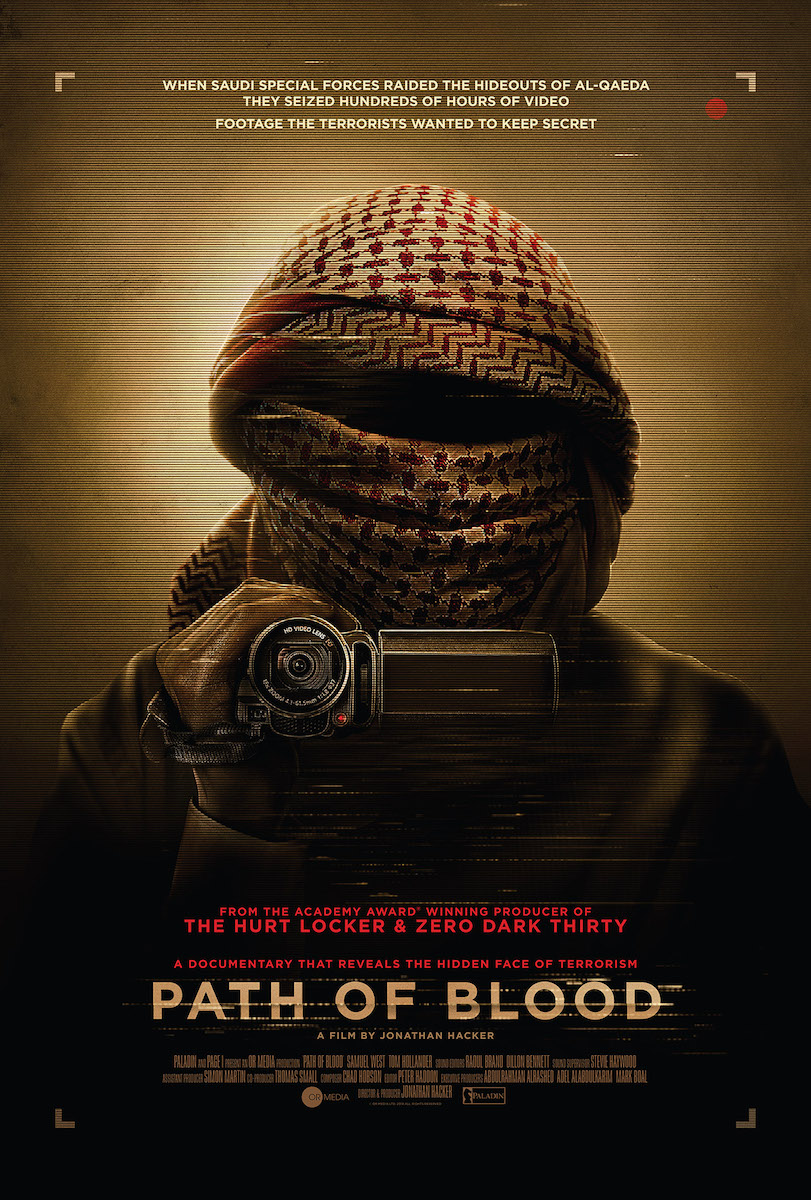 Here is the first trailer and official poster for Jonathan Hacker ‘s Path of Blood which depicts Islamist terrorism as it has never been seen before. The documentary is drawn from a hoard of jihadi home-movie footage that was captured by Saudi security services.

A powerful and sometimes shocking cinematic experience, Path of Blood reveals how brainwashed youths, fuelled by idealism and the misguided pursuit of adventure, can descend into madness and carnage. The raw, unvarnished footage, to which the filmmakers negotiated exclusive access, captures young thrill-seekers at a jihadi “boot camp” deep in the Saudi desert, having signed on to overthrow the Saudi government. They plot to detonate car bombs in downtown Riyadh, become embroiled in a game of cat-and-mouse with government forces and, as their plans unravel, resort to ever more brutal tactics.

Path of Blood will open theatrically on Friday, July 13 at the IFC CENTER in New York and Friday, July 20 at the LAEMMLE MUSIC HALL in Los Angeles with a national release to follow.

Documentary on Nigerian School Girls in the Year After Their May 2017 Release from Captivity, To Debut This Fall on HBO