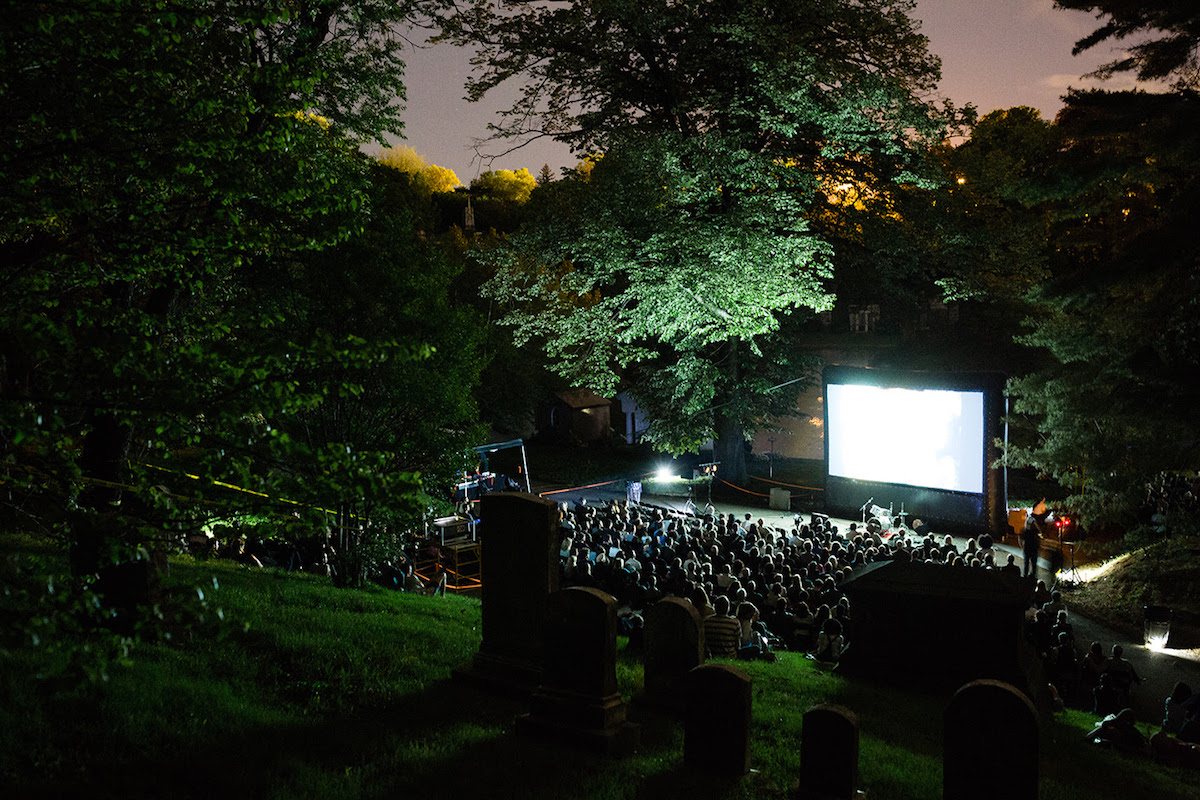 After the rain caused the opening night to move to Sunday May 20,  Rooftop Films opened up its Summer Series last night with the first ever outdoor film screening in Green-Wood Cemetery. Rooftop Films always kicks off the Summer Series with a program of short films, and this program included wild and adventurous works from all over the world, including three recipients of Rooftop Films Filmmakers Fund grants: Mauricio Arango’s To The Dead, Marc Johnson’s Ultraviolet, and Niki Lindroth Von Bahr’s award winning animated masterpiece, The Burden. Despite being pushed back a day due to weather, the event was a huge success, with more than 650 guests in attendance.

The screening took place along Sylvan Water, located in the scenic and historic Green-Wood Cemetery. The evening also included live music from L’Rain, gorgeous projection mapping on Green-Wood Chapel designed by Brendan Bercik, and an after-party featuring a DJ set from DJ Tara, courtesy of Lay’s Poppables, as well as drinks from Corona Extra, Ketel One Family Made Vodka, and Fever-Tree.