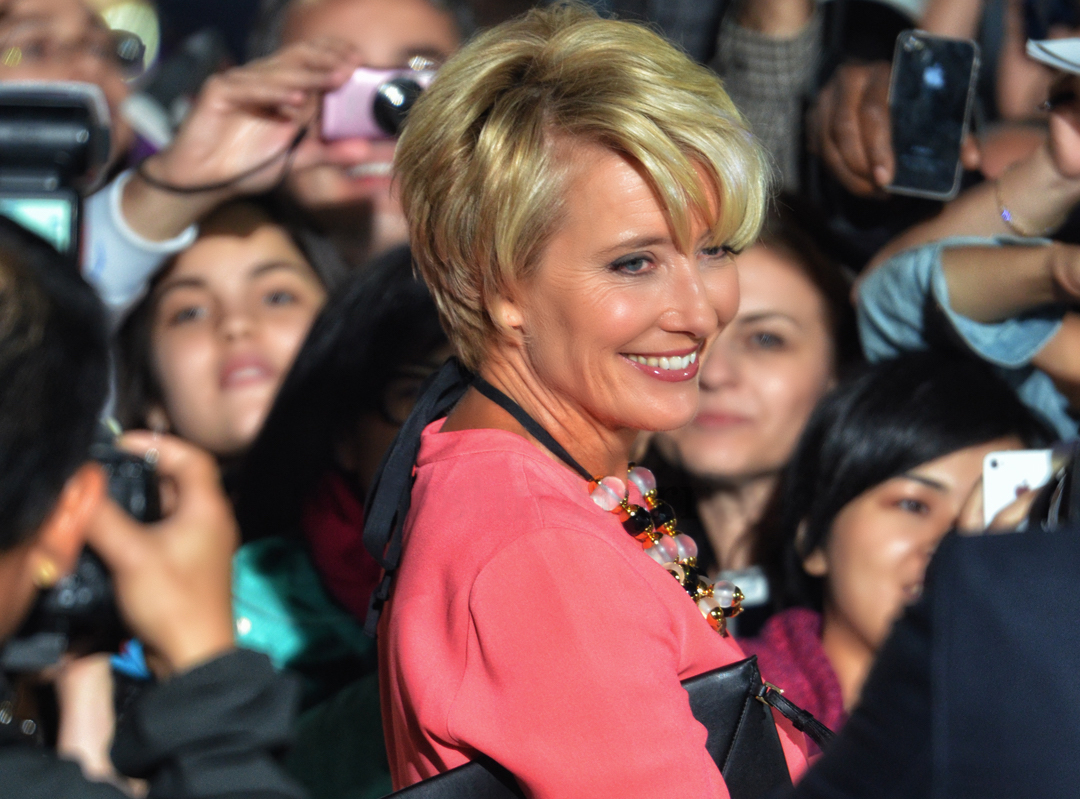 British actress and screenwriter Emma Thompson will receive the 2018 CineMerit Award at Munich International Film festival.  In Munich, Emma Thompson will not only present her latest film, “The Children Act“, but will also meet the audience up close at the Filmmakers Live discussion in the Black Box at the Gasteig cultural center. In further homage to Emma Thompson, Munich International Film festival will also be showing three fantastic films in which she has previously starred: “Howards End”, “Sense and Sensibility”, and “Nanny McPhee”.

Witty, charming, profound: Emma Thompson is multitalented. In some 80 films, adapting everything from the works of Shakespeare to Harry Potter, the British actress has portrayed a wide variety of characters alongside Kate Winslet, Meryl Streep, Helena Bonham Carter, Anthony Hopkins, Alan Rickman, Tom Hanks, and many others. Thompson has succeeded in doing what no one else had done before: she received an Academy Award for best actress for her leading role in “Howards End” as well as one for best writing for her screenplay adaptation of Jane Austen’s “Sense and Sensibility”.

“In Emma Thompson, we welcome to the film festival a terrific actress who not only has an incredible sense of humor but who is also very modern and emancipated. The entire festival team is thrilled,” says festival director Diana Iljine. “Honoring Emma Thompson with the CineMerit Award makes an important statement at a time when the film industry is undergoing change. For many years, she has campaigned for equal rights as well as for prudent feminism. This makes her a wonderful example to young women.”

For the film festival, Emma Thompson is bringing her latest film, “The Children Act”, to Munich. In this film adaptation of Ian McEwan’s novel of the same title, Thompson plays Fiona Maye, a High Court judge specializing in family law. The case of a 17-year-old Jehovah’s Witness affects Fiona and her ailing marriage more than she could have imagined. In accordance with his religious beliefs, the teenage leukemia patient refuses a blood transfusion that could save his life. Is his young life more valuable than his religious devotion? Dealing with the boy causes Judge Fiona Maye to experience emotions that she has long suppressed.

Thompson’s acting career began with brief sketches as a member of the Cambridge Footlights, the university theatrical club that produced such comedy greats as Monty Python and Fry & Laurie. The London native soon stood out for her tragic roles, as with only the slightest of facial expressions, she is able to make her characters deeply human — something that few others have mastered. Time and again, her parts have included those of women who dissent with the norms and rules of society and their position in it. The three other films that Munich International Film festival is showing in homage to Emma Thompson have this in common:

In 1993, for “Howards End”, Emma Thompson received the Academy Award for best actress as well as Britain’s renowned BAFTA award. E. M. Foster’s novel was the basis for the story of two young women who find themselves in the world of an extremely affluent family. The estate Howards End comes to symbolize freedom and independence to the Victorian petty bourgeois. Helena Bonham Carter and Emma Thompson play two sisters caught up in a conflict between their youthful attempts at independence and the restraints that the customs of their time impose on them.

Emma Thompson’s love of literature and language is evident not only in the many film adaptations in which she’s acted, but also in her work as a screenwriter. In 1995, she adapted “Sense and Sensibility” for the screen, which earned her a second Academy Award.  Munich International Film festival proudly presents this masterpiece by Ang Lee, starring Kate Winslet in one of her earliest roles.

In “Nanny McPhee”, however, the author is a little less benign. As the quirky, homely and strict governess of the title, she magically transforms Mr. Brown’s unruly children into well-behaved little angels. Here, too, Thompson demonstrated her literary talent as screenwriter and combined this with her precise acting.