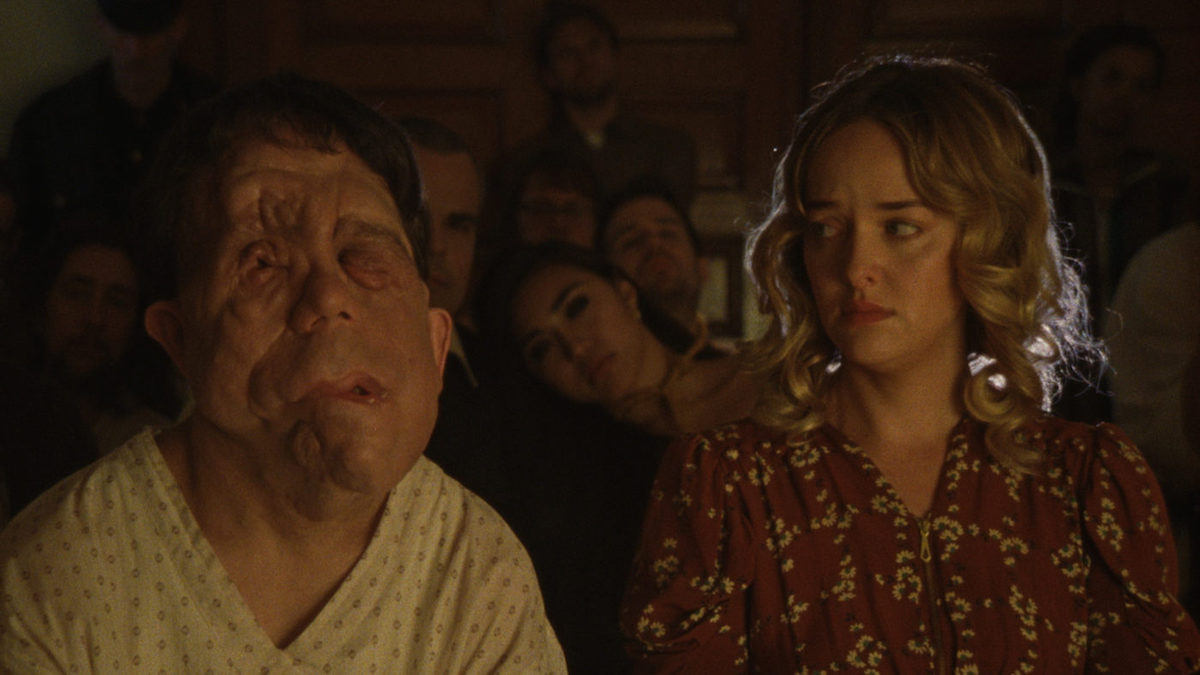 Building on the promise of his hallucinogenic debut Go Down Death, Brooklyn filmmaker Aaron Schimberg delivers another brilliantly oddball, acerbically funny foray into gonzo surrealism. In a deft tragicomic performance, Jess Weixler (Teeth) plays Mabel, a movie star “slumming it” in an outré art-horror film being shot in a semi-abandoned hospital. Cast opposite her is Rosenthal ( Under the Skin’s Adam Pearson), a gentle-natured young man with a severe facial deformity. As their relationship evolves both on and offscreen, Schimberg raises provocative questions about cinematic notions of beauty, representation, and exploitation. Tod Browning crossed with Robert Altman crossed with David Lynch only begins to describe something this startlingly original and deeply felt.

Aaron Schimberg is a filmmaker living in New York. He is an alumnus of the 2017 New York Film Festival Artist Academy. His debut feature GO DOWN DEATH was called “an astonishing out-of-nowhere film” by Filmmaker Magazine and “a stunning midnight movie in the tradition of Jodorowsky and The Saragossa Manuscript” by The Dissolve. It was selected for inclusion in the IFP Narrative Lab. Aaron is a programmer at Brooklyn’s Spectacle Theater where he has curated dozens of programs including a series of North Korean films and a Tatsumi Kumashiro retrospective. He is the co-founder of Grand Motel Films, which, in 2016, rediscovered and restored the lost 1966 film WHO’S CRAZY?, featuring an original soundtrack by Ornette Coleman.