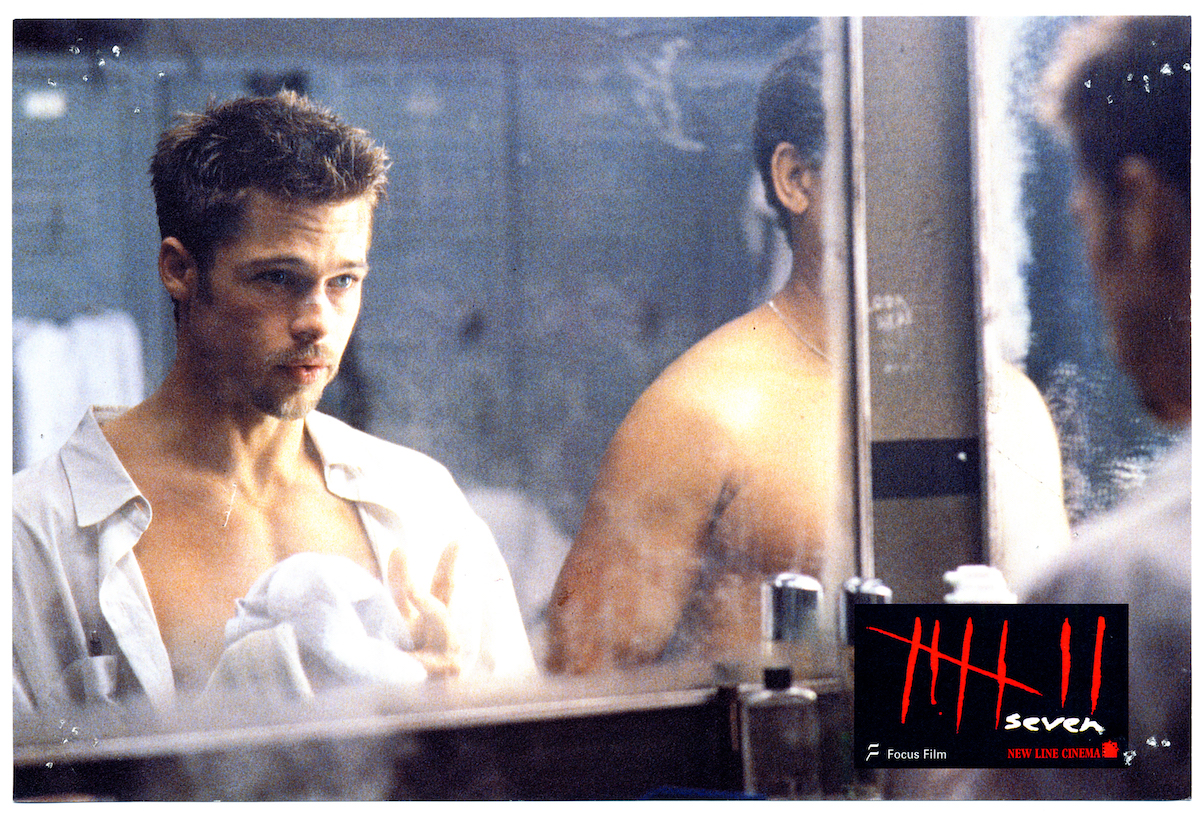 Filmmaker and graphic designer Kyle Cooper will receive the Vision Award Ticinomoda, dedicated to those who have used their talents to create new perspectives in the world of cinema at the upcoming 71st Locarno Festival. Kyle Cooper will be a guest in Piazza Grande on Sunday August 5, and the tribute will be accompanied by a screening of the film Se7en.

Born in 1962 in Salem, Massachusetts, Kyle Cooper is one of the most original and innovative film title designers in world cinema. Known to the mainstream public for the opening sequence he created for the film Se7en (1995), directed by David Fincher, Cooper has given fresh impetus to the art of movie titling. Over the three decades of his career to date he has directed and produced over 350 titles sequences, working with some of the highest profile filmmakers in global cinema.

After studying graphic design at the Yale School of Art and under the guidance of noted U.S. designer Paul Rand, he named and co-founded one of Hollywood’s most successful creative agencies: Imaginary Forces. His career as director and graphic designer took off with the title sequence for Se7en (1995), a milestone which the New York Times Magazine hailed as “one of the most important design innovations of the 1990s”. Cooper experimented with kinetic typography, reprising the work of Saul Bass and attuning lettering and other elements to each single movie, as with the hieroglyphs of The Mummy (1999) or the cobweb typography of the first Spider-Man movie (2002). He came up with an astonishing range of techniques to capture viewers’ attention during the opening minutes, immersing them in the atmosphere of the film from the very outset. The range of films and genres on which he worked was equally broad: Braveheart (1995), Donnie Brasco (1997), Across the Universe (2007), The New World (2005), The Incredible Hulk (2008), Final Destination 5 (2011), Black Mass (2015), Argo (2012), Mission Impossible (1996), Mission Impossible – Ghost Protocol (2011), The Secret Life of Walter Mitty (2013), Mother! (2017). He also worked for television, with The Walking Dead (2010), American Horror Story (2011), Scream Queens (2015), Limitless (2015), Feud (2017), and lastly for video games, in such as Metal Gear Solid 2: Sons of Liberty (2001), Scarface: The World Is Yours (2006), Metal Gear Solid V: The Phantom Pain (2015) and Death Stranding (upcoming). He worked also on brand designing brands such as SU2C and Marvel logo animation. In 2003 he left Imaginary Forces and set up the creative agency Prologue Films. In 2008 he was a finalist at the National Design Awards. He has earned five nominations for the Emmy Awards. He is a member of the Academy of Motion Picture Arts and Sciences and he also holds the title of Royal Designer for Industry from the Royal Society of Arts in London.

Carlo Chatrian, Artistic Director of the Locarno Festival: “Kyle Cooper is an artist who has single-handedly changed the visual impact of contemporary cinema. His hundreds of creations have been gateways to iconic movies loved by millions of viewers. His title sequences combine experimentation and graphic research, CGI (computer-generated imagery) and details borrowed from often invisible microcosms, breaking down the barriers between auteur and mainstream, crafting and industry. The award is both a mark of our recognition of the significance of his work and an invitation to reassess the role and value of these short films within films.”

Kyle Cooper will receive the Vision Award Ticinomoda in Piazza Grande on the evening of August 5. On the following day, Monday August 6, he will hold a master class. The tribute will also be accompanied by screenings of a selection of films reflecting his career.

Logo Unveils 2018 Documentary Slate - LIGHT IN THE WATER, WHEN THE BEAT DROPS and QUIET HEROES