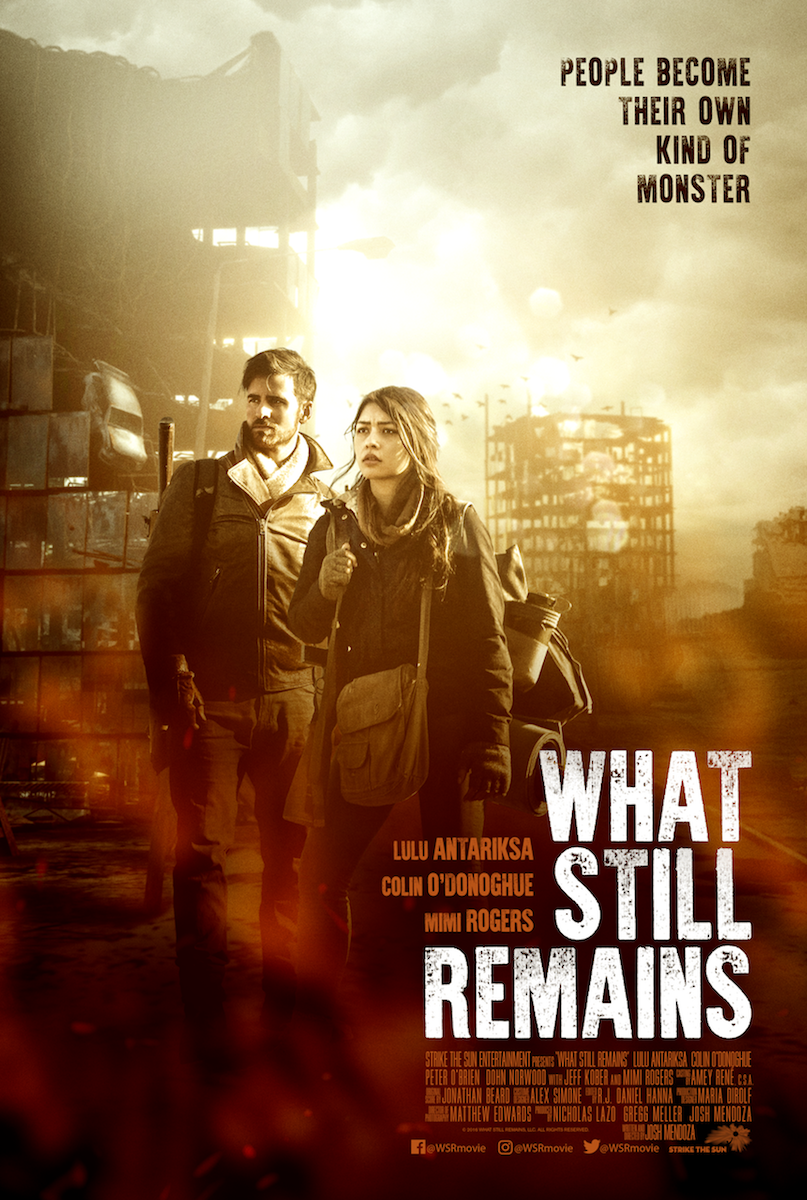 The end is near! Strike the Sun Entertainment has released the poster and trailer for the apocalyptic thriller What Still Remains written and directed by Josh Mendoza.  What Still Remains stars Lulu Antariksa (T@gged), Colin O’Donoghue (Once Upon a Time), Mimi Rogers (The X-Files), Dohn Norwood (Hell on Wheels), and Jeff Kober (The Walking Dead); and will open in cinemas on August 10th and on VOD nationwide on August 14th, 2018.

Twenty-five years after a viral outbreak decimated the population, the remaining survivors still fear that deadly illness and the feral “Changed” it has created. Against this post-apocalyptic backdrop, a young woman loses her family and struggles to survive on her own in the wilderness. When a lonely traveler offers her a place in his community, she must decide if the promise of a better life is worth the risk of trusting him. But as she ventures out into a world she’s never known, she discovers there are far more dangers than the legends of savage beasts from her childhood. Numerous factions of humanity still endure and she will learn people can become their own kind of monster.