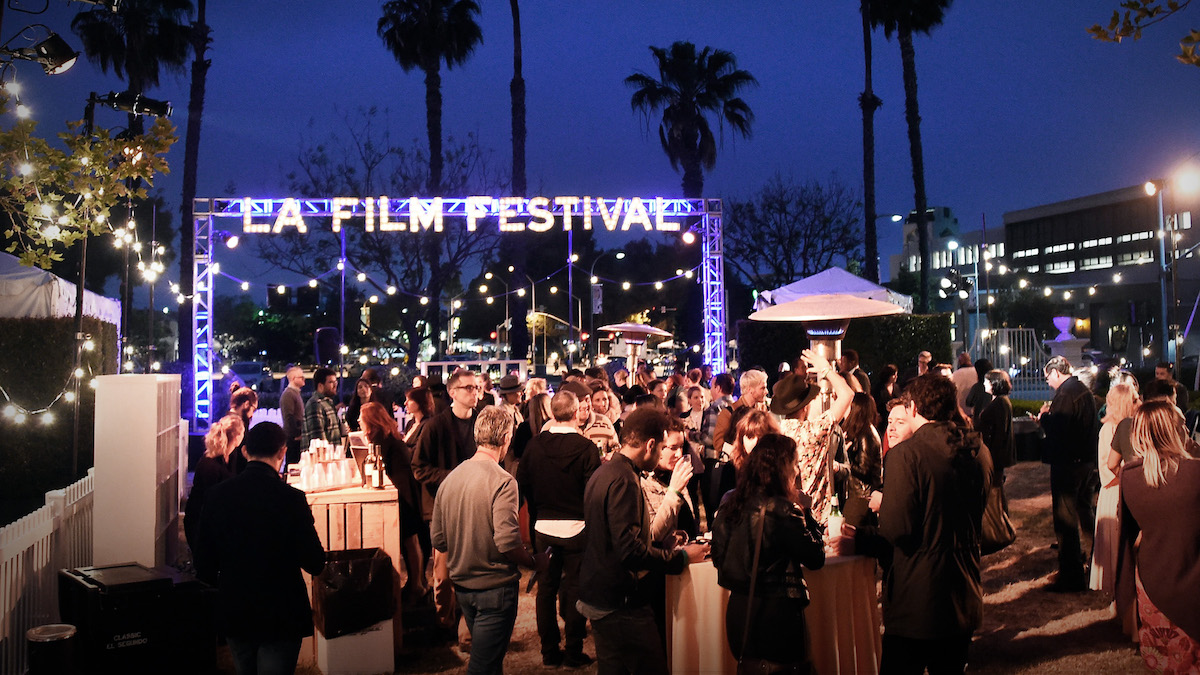 The LA Film Festival, which is moving to the fall this year, will include an immersive storytelling program curated by Jacqueline Lyanga, Guest Director, VR and Immersive Storytelling, in partnership with Loyola Marymount University’s School of Film and Television; We the People, a two-day summit committed to advancing inclusion within the entertainment industry; a partnership with the International Documentary Association’s biannual conference, Getting Real ’18; and a benefit dinner celebrating 25 years of Project Involve, honoring Effie T. Brown, Jon M. Chu, Cherien Dabis and Charles D. King.  The upcoming 24th edition of the Festival, under the leadership of Festival Director Jennifer Cochis, will take place September 20 to 28, 2018.

“The evolution of the LA Film Festival continues!” said Jennifer Cochis, Festival Director. “The new partnerships formed with kindred and beloved organizations like LMU’s School of Film and Television and the International Documentary Association are radical, connecting creators in brand new ways. Jacqueline Lyanga will helm the LA Film Festival’s first foray into immersive storytelling as Guest Director, VR and Immersive Storytelling. She is a talented and distinguished tastemaker in our global festival community. The pieces and experiences she will curate are not just of the moment; these are the storytellers of the future. The Festival is also expanding our inclusion summit, We the People, to allow us to continue to be leaders within the broader industry dialogue as we continue to work towards solutions for parity across Hollywood.”

Josh Welsh, President of Film Independent added, “Project Involve has worked to make this industry more inclusive for a quarter of a century. We are taking this moment to celebrate the work of Project Involve alumni like, Effie T. Brown, Jon M. Chu and Cherien Dabis, as well as industry leaders like Charles D. King. These are the people who are bringing the change, and we’re so happy to honor them at the Festival this year, and to help raise funds to support the program into the future.”

This year marks the launch of an immersive storytelling section of the Festival, in partnership with LMU’s School of Film and Television, Jacqueline Lyanga (former Director, AFI FEST) will curate this section of the Festival as Guest Director, VR and Immersive Storytelling. This section will showcase exemplary, daring new work in a variety of new media platforms including VR, AI and AR. This two-day experience will be free to the public and take place September 22-23, at the new LMU Playa Vista Campus, located in the heart of Silicon Beach, the hub for innovative technology and digital entertainment.

Continuing to advance the inclusion conversation, the Festival is launching We the People, a two-day summit that is a participatory, solution-oriented call to action. Over the course of two days at the Writers Guild Theatre, September 22 and 23, We the People will feature free panel discussions and keynote conversations addressing issues of representation and inclusion in the industry. Panelists include Tre’vell Anderson (LA Times), Russell Boast (president, CSA), Kate Hagan (The Black List), Teresa Huang (SEAL Team), Our Lady J (Pose), Franklin Leonard (The Black List), Nic Novicki (Founder Easterseals Disability Film Challenge), Natasha Rottweil (Insecure), Krista Suh (Co-Founder, Pussyhat movement), Steven James Tingus (board member, RespectAbility), Gail Williamson (talent agent, KMR & Associates) and more to be announced. The conversations will range from the state of the entertainment industry’s inclusion efforts both on screen and behind the camera, in addition to how women, immigrants, Muslims, LGBTQ+, Native Americans, people with disabilities and people of color are represented.

The Festival is also adding a partnership with the International Documentary Association to expand Film Independent and the Festival’s support of the documentary community. The Festival is introducing a Documentary Pass and centering its documentary programming at ArcLight Cinemas Hollywood to make it easily accessible to attendees of the IDA’s conference, Getting Real. Festival Doc Pass holders will receive a discount to Getting Real and vice versa. Film Independent is also launching a documentary track of its Fast Track film financing market, also in partnership with the IDA.

In addition to the traditional Opening and Closing Night Films available to pass holders, the Festival is also programming public screenings that LA audiences can attend on those nights. On September 20, the Festival will feature a night of Project Involve shorts and on September 28, a special Closing Night Documentary will screen. Festival passes go on sale to Film Independent Members on July 24 and to the general public on July 31 at lafilmfestival.com. The Competition Lineup will be announced on July 31.

Venues for the 2018 Festival include the ArcLight Cinemas in Culver City, Hollywood and Santa Monica, as well as the new LMU Playa Vista Campus (opening this fall), the Wallis Annenberg Center for the Performing Arts and the Writers Guild Theater.