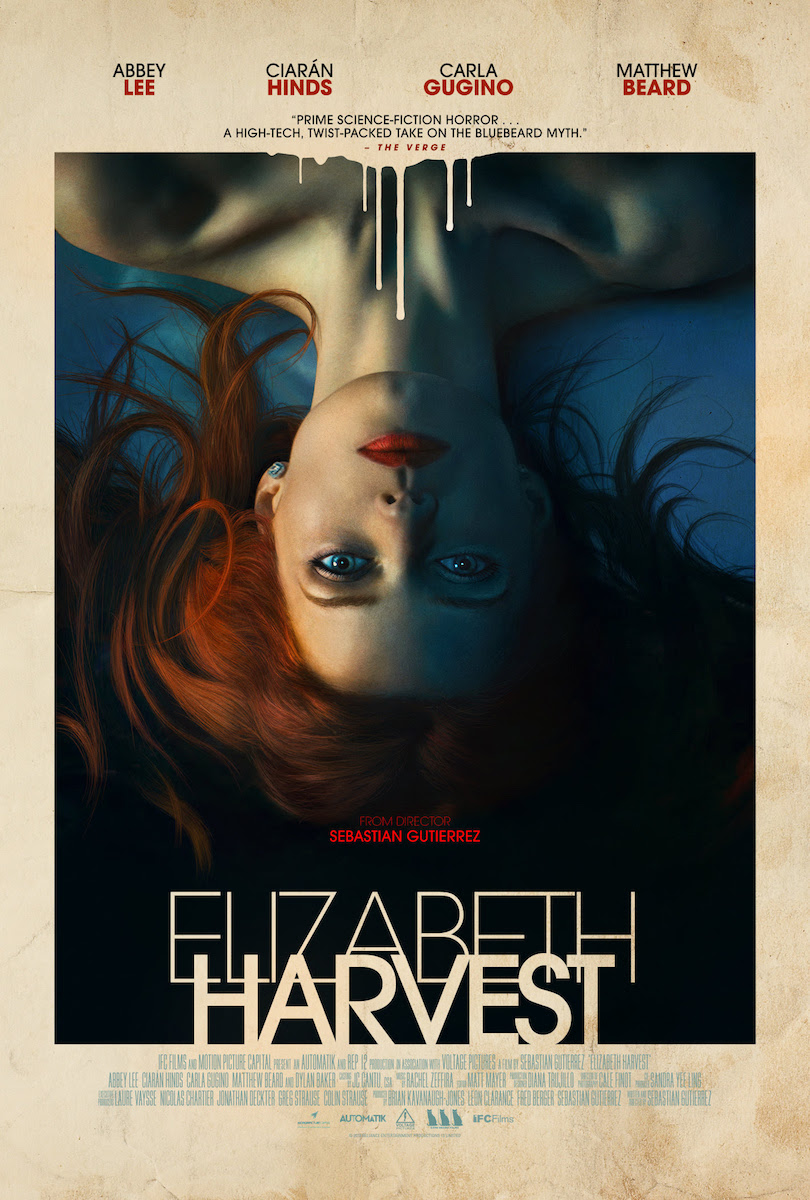 Stylized sci-fi thriller. Gothic love story. Existential mystery. The new trailer and poster dropped today for Elizabeth Harvest starring Carla Gugino, a science fiction thriller told from a young woman’s point of view.  The film written and directed by Sebastian Gutierrez is described as a modern-day riff on the French folktale of Bluebeard (in which a violent nobleman in the habit of murdering his wives is confronted by a new wife trying to avoid the fate of her predecessors). IFC Films will release Elizabeth Harvest in theatres on Friday, August 10 in New York at IFC Center, and in Los Angeles at Arena CineLounge Sunset; and also On Demand.

Newlywed Elizabeth (Abbey Lee) arrives with her brilliant scientist husband Henry (Ciaran Hinds) to his magnificent estate, where he wows her with lavish dinners and a dazzling tour of the property. The house staff, Claire (Carla Gugino) and Oliver (Matthew Beard), treats her deferentially but she can’t shake the feeling something is off. Henry explains that everything in his world now belongs to her, all is for her to play in — all except for a locked-off room he forbids her from entering. When he goes away for business Elizabeth decides to investigate and finds she may not be who she thinks she is at all.