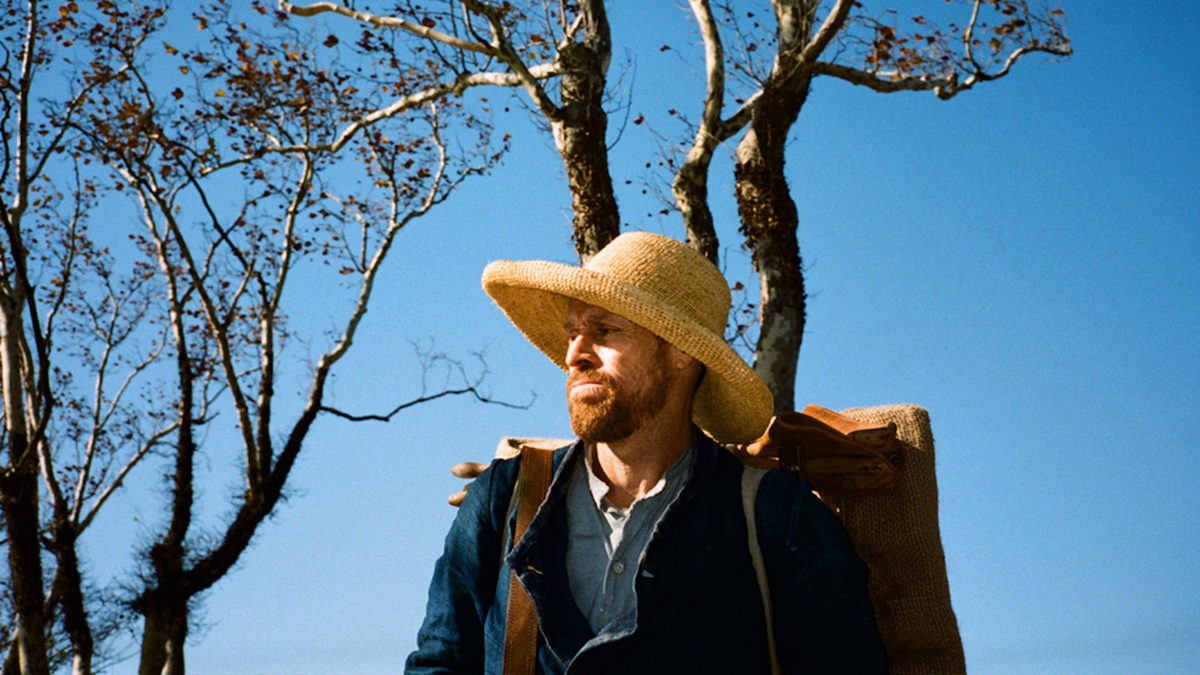 Julian Schnabel’s At Eternity’s Gate will make its North American premiere as the Closing Night film of the 56th New York Film Festival at Alice Tully Hall on Friday, October 12, 2018. CBS Films will release the film in November 2018.

Julian Schnabel’s ravishingly tactile and luminous new film takes a fresh look at the last days of Vincent van Gogh, and in the process revivifies our sense of the artist as a living, feeling human being. Schnabel; his co-writers Jean-Claude Carrière and Louise Kugelberg, also the film’s editor; and cinematographer Benoît Delhomme strip everything down to essentials, fusing the sensual, the emotional, and the spiritual. And the pulsing heart of At Eternity’s Gate is Willem Dafoe’s shattering performance: his Vincent is at once lucid, mad, brilliant, helpless, defeated, and, finally, triumphant. With Oscar Isaac as Gauguin, Rupert Friend as Theo, Mathieu Amalric as Dr. Gachet, Emmanuelle Seigner as Madame Ginoux, and Mads Mikkelsen as The Priest.

New York Film Festival Director and Selection Committee Chair Kent Jones said, “At Eternity’s Gate is such a surprising film, for all kinds of reasons. Julian Schnabel makes use of the most up-to-date information about Vincent van Gogh, altering our accepted ideas of how he lived and died; he grounds the film in the very action of painting, the intense contact between an artist and the world of forms and textures colored by light; and he gives us Willem Dafoe’s performance as Vincent—acting this pure is endlessly surprising.”

“I would like to say thank you to Kent Jones and the NYFF selection committee on behalf of Willem Dafoe, who is Vincent van Gogh in the film, and the cast and crew, who I have been so privileged to work with, for choosing At Eternity’s Gate for Closing Night,” said Schnabel. “It is a profound honor to be included with the other films and to be part of the history of Closing Night films that came before us. Looking forward to sitting in the audience with everybody.”

Earlier this summer, NYFF announced Yorgos Lanthimos’s The Favourite as Opening Night and Alfonso Cuarón’s ROMA as the Centerpiece selection. This year’s gala screenings, including Closing Night, will be held on Fridays instead of Saturdays.