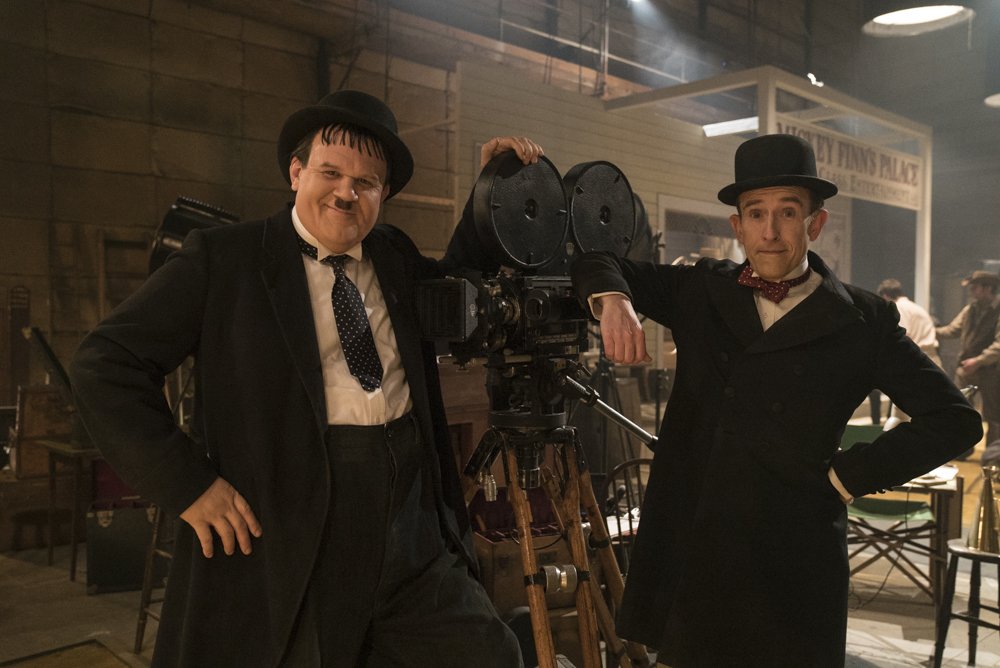 The world premiere of Stan & Ollie directed by Jon S. Baird and starring Steve Coogan and John C. Reilly, as the legendary movie comedy duo, will be this year’s Closing Night gala film of the 62nd BFI London Film Festival on October 21 at the Cineworld, Leicester Square.

Stan & Ollie is the true story of Hollywood’s greatest comedy double act, Laurel and Hardy. Brought to the big screen for the first time and starring Steve Coogan and John C. Reilly as the legendary movie icons, Stan & Ollie is the heart-warming story of their journey around the UK and Ireland in what would become the pair’s triumphant farewell tour. Despite the pressure of a hectic schedule, with the support of their wives Lucille (Shirley Henderson) and Ida (Nina Arianda) – a formidable double act in their own right – the pair’s love of performing, as well as love for each other, endures as they secure their place in the hearts of their adoring public.

BFI London Film Festival Artistic Director, Tricia Tuttle says: “We’re delighted to be closing the BFI London Film Festival with this beautiful tribute to cinema’s early comedy odd couple, Laurel & Hardy. A truly funny and touching story about a tender life-long friendship, Jon Baird’s film is also a must for movie fans, exploring the twilight years of two megawatt performers who had a meteoric rise to fame. These two prove that true comic timing is eternal, and it’s a perfect end to the Festival as the BFI looks ahead to our major UK-wide Comedy Genius season this autumn, as well as a month-long Laurel & Hardy season at BFI Southbank in January.”

Stan & Ollie director Jon S. Baird comments: “I’m really proud to be able to give the film its world premiere in London; a city that’s so dear to myself and I know was to Stan Laurel and Oliver Hardy. Stan & Ollie, at its heart, is a love story between old friends, who just happen to be two of the most iconic comedic characters in Hollywood’s history. I’m really excited to have the Closing Night film and to bring the movie to a Festival audience.”

Stan & Ollie will be released in the UK and Ireland by Entertainment One on January 11, 2019.