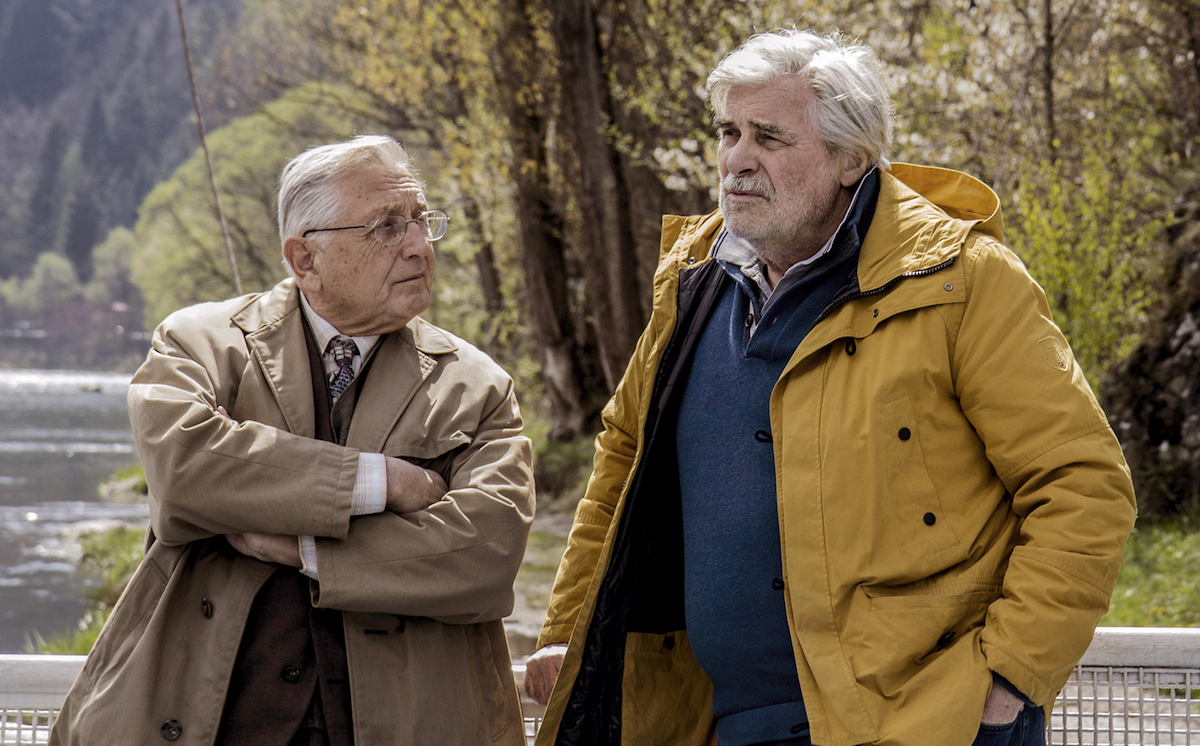 Martin Sulik’s The Interpreter has been selected by the Slovak Film and Television Academy (SFTA) to represent Slovakia in the category of Foreign Language Film at the 91st Academy Awards. The film premiered in February at the Berlin International Film Festival, and stars German actor Peter Simonischek from Toni Erdmann, and Czech director Jiří Menzel .

Beloved Czech New Wave director Jirí Menzel (Closely Watched Trains, 1968 Oscar for Best Foreign Language Film) at age 80 steps in front of the camera to play Ali Ungar, a dowdy Slovak interpreter. His bucket list is short: find out the circumstances of his parents’ death at the hands of a Nazi officer during World War II and perhaps exact revenge. The officer’s son, Georg Graubner, is still alive. With an automatic pistol in his pocket, Ungar heads to Vienna. But once he finds the puzzled Austrian, the expectations become less expected. The happy-go-lucky Graubner, oddly enough to Ungar, also wants to know about his father and the atrocities he is accused of committing against the Jews. Let’s go, says Graubner cheerily, offering to pay Ungar for his services as an interpreter.

And so the odd couple sets out on a road trip to the past through the lush green fields of Slovakia to unearth one story where endless stories of atrocities lie buried. The trip is full of unexpected revelations for both, and more nuanced than either had imagined. There are fewer and fewer still living who have direct memories of the horrors of the war. When they too are gone, will the specter of the past still haunt Europe? – Miguel Pendas | SFJFF