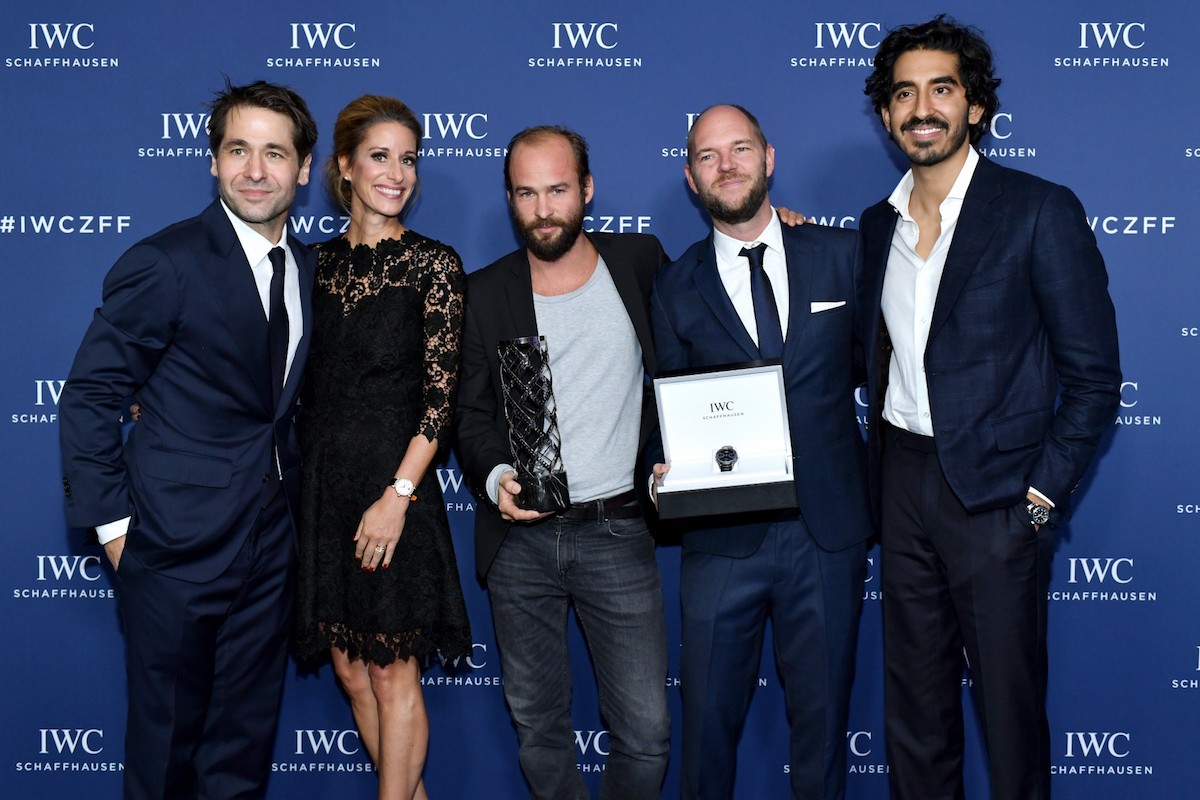 Actor Dev Patel presented the 4th Filmmaker Award to director Lorenz Merz and producer Simon Hesse at the IWC Private Dinner during the 2018 Zurich Film Festival for their film BEAST. The award supports outstanding Swiss film projects that are at the production or post-production stage.

BEAST is an emotional coming-of-age film that tells the story of a teenager named Gabriel (Pablo Caprez) who devotedly brings up his two-year-old son alone. One summer’s night, Gabriel, his friend Joel (Tonatiuh Radzi) and Joel’s girlfriend Cory (Ella Rumpf) break into the zoo and release a horde of wild animals. While Gabriel and Cory become increasingly attracted to each other, a state of emergency is declared in the city.

The film is set in Zurich during the summer of 2017. It is shot in the Swiss German dialect and is currently at the postproduction stage. It is expected to hit cinemas in the Spring of 2019. BEAST is directed by Zurich-born Lorenz Merz, whose debut CHERRY PIE screened at Locarno in 2013. Merz has received the Swiss Film Award on two occasions for his work as a camera operator.

Dev Patel achieved his international breakthrough in 2008 with the modern Bollywood fairytale “Slumdog Millionaire”. For the drama “Lion”, which also screens at the ZFF, he received the 2017 BAFTA for Best Supporting Actor and an Academy Award nomination. “It is a real honour for me to be able to present this award. The Filmmaker Award helps highly promising projects to make it to the big screen and therefore contributes to the diversity of Swiss cinema,” said Patel at the award ceremony.

“In a smaller country like Switzerland, the film industry is reliant on targeted support. I am really pleased that, with the Filmmaker Award, we are able to contribute to getting this exciting film made,” explained Franziska Gsell, Chief Marketing Officer at IWC Schaffhausen.

The Filmmaker Award, which comes with an endowment of CHF 100,000, was established by the Association for Film Funding in Switzerland. This association counts the co-founders of the ZFF, Nadja Schildknecht and Karl Spoerri, Ringier CEO Marc Walder and IWC CEO Christoph Grainger-Herr among its members. The aim of the award is to provide targeted support to exciting projects from Swiss filmmakers in the often tricky production or post-production phase. This therefore closes the current gap in film funding.