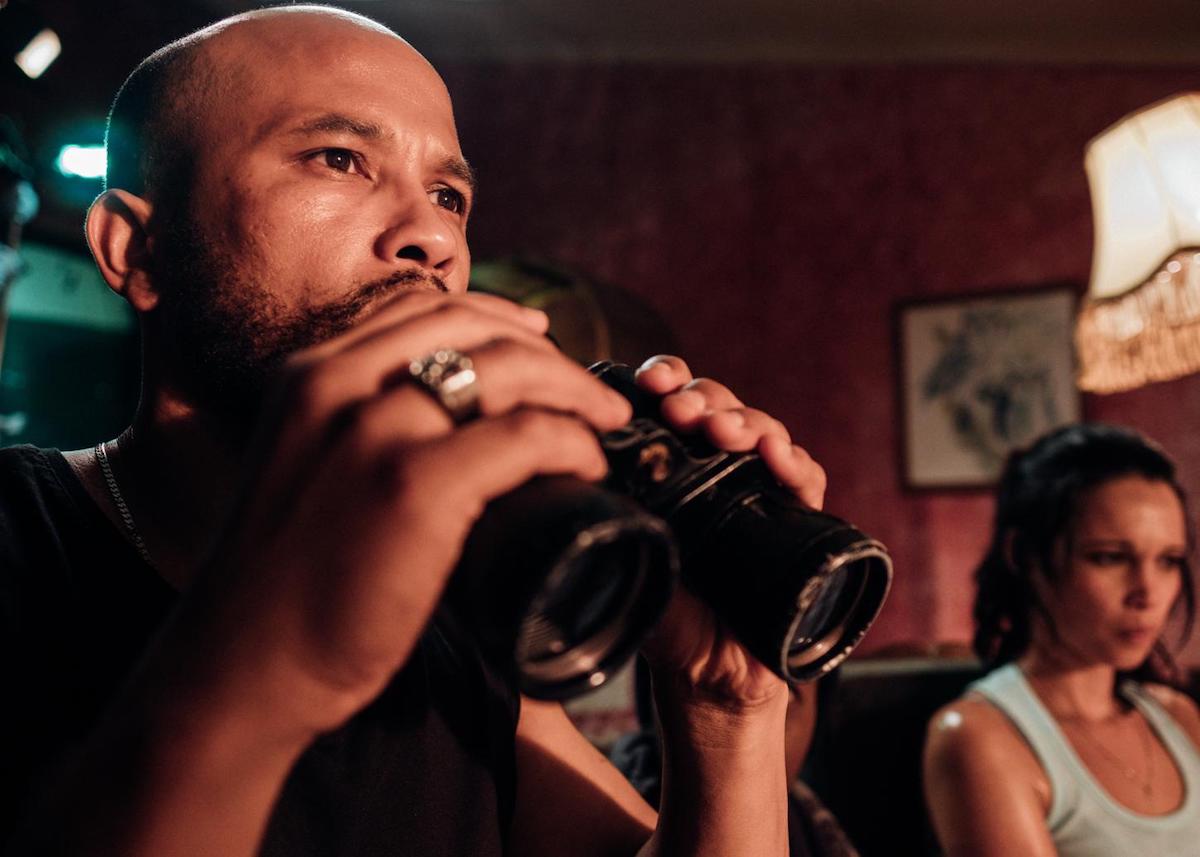 In a gritty homage to perennial Alfred Hitchcock favorite Rear Window, director Nospiho Dumia’s film focuses on the residents of a block of apartments in the down-and-out Cape Flats neighborhood, which, with its petty thugs, crooked cops, violent loan sharks, and troubled pastors, soon reveals itself to be a very different place from Rear Window’s Greenwich Village of 1954.

The award-winning Hitchockian suspense thriller Number 37, filmed in Cape Town, will be released in theaters on November 2, 2018 and On Demand November 20 from Dark Star Pictures.

Set in a rough section of Cape Town, Number 37 follows Randal Hendricks, a small-time crook who becomes wheelchair-bound in a drug deal gone wrong, and his hard-working girlfriend Pam Ismael. To distract Randal during his homebound days of limited mobility, Pam gives him a pair of binoculars. While idly surveying his block, he accidentally witnesses a dirty cop being executed by his gangster neighbor Lawyer. With a loan shark breathing down his neck, Randal decides to blackmail Lawyer, and enlists the help of both his girlfriend and his friend Warren. When the plan goes horribly awry, Randal’s options get more and more restricted—and not even local detective Gail February, investigating the death of her partner, may be able to help him.