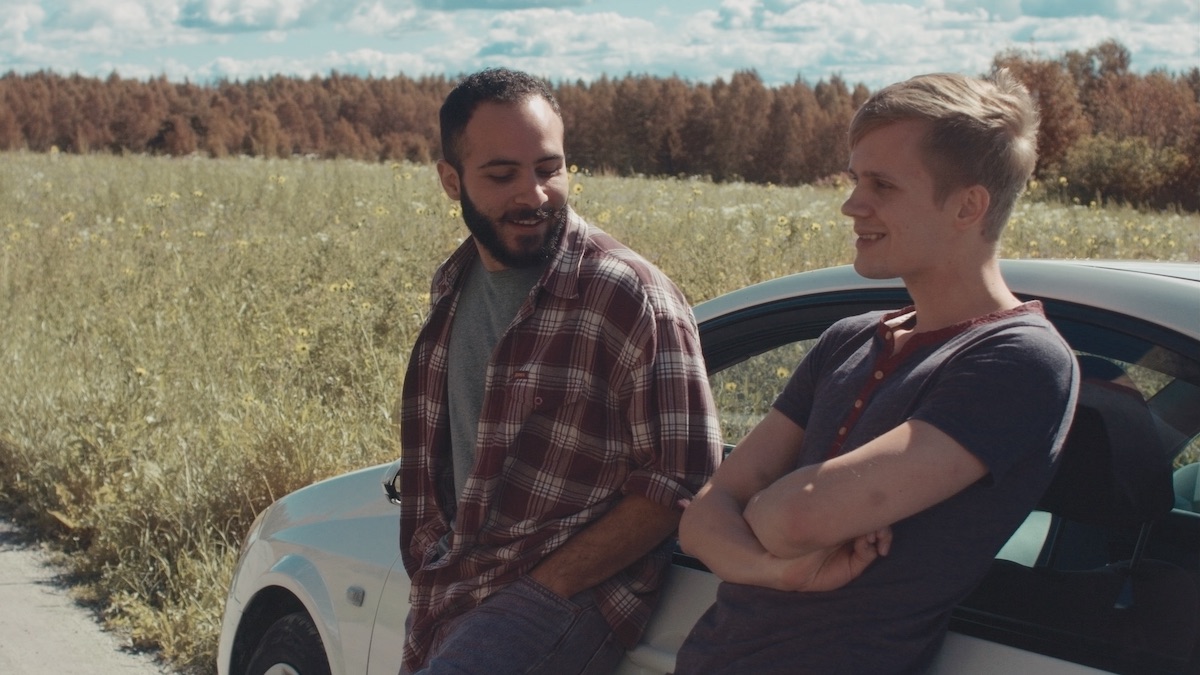 Finnish-Syrian LGBT romantic drama A Moment in the Reeds, the feature debut of Finnish writer/director Mikko Makela is a moving gay romance between a young Finnish academic and a struggling Syrian refugee, set against an idyllic Finnish summer.

After world premiering at the 2017 London Film Festival and a year of critical success on the worldwide festival circuit and opening theatrically to critical acclaim in Finland this past summer, A Moment in the Reeds releases on December 4th, 2018 in the U.S. and Canada on DVD & VOD.

Mikko Makela’s stunning debut explores the relationship between two men, set against an idyllic Finnish summer. Whilst visiting his estranged father, Leevi meets Tareq, a handsome Syrian immigrant employed to restore the family lake house. Leevi’s father departs for the city, leaving the two men alone in the beautiful remote countryside and enabling them to act on their impulses and the chemistry that clearly exists between them. Far removed from their everyday lives, the only immediate threat to the men’s relationship is the eventual return of Leevi’s father. But there’s also Tareq’s complex relationship with his family back in Syria. Makela sensitively explores the perspectives of both men, who long for some human connection, acceptance and a place to call home. Locating marginalised characters at the forefront of the story, Makela’s film is a very welcome and refreshingly frank portrait of contemporary Finnish society.

One of the first LGBT-themed films made in Finland, Makela’s intimate drama places at its center the freedom and acceptance of sexual and ethnic minorities, amidst the backdrop of breathtaking Finnish lake country.

A MOMENT IN THE REEDS (TÄMÄ HETKI KAISLIKOSSA)