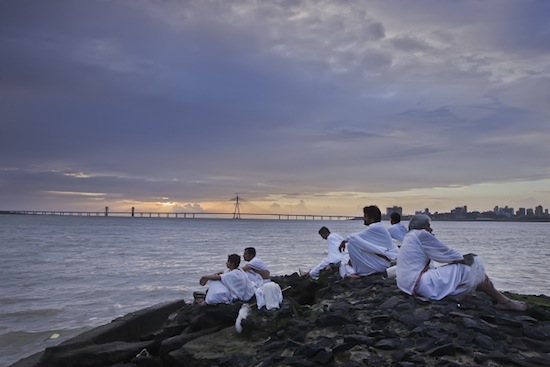 Three juries will award prizes to the best of the competition films in the categories of Feature, Short, and Documentary films. The 2013 feature film jurors are: International Director of the Feature Film Program at the Sundance Institute Paul Federbush, director/editor/writer Kanika Myer (HALO, HEART OF INDIA), and Assistant Curator of Film Programs at LACMA Bernardo Rondeau. The Best Documentary Award will be decided by The Hollywood Reporter and Los Angeles Times film critic Sheri Linden, Senior Programmer at Film Independent Maggie Mackay, and Academy Awardâ-nominatedfilmmaker Jessica Sanders (AFTER INNOCENCE). Judging the short films are filmmaker and IFFLA alum Prashant Bhargava (PATANG), Film Curator and Director of Industry Programming at Palm Springs ShortFest Kathleen McInnis, and actress Sheetal Sheth (ABCD, LOOKING FOR COMEDY IN THE MUSLIM WORLD).

The stories of three disparate people collide, as they struggle through trials unbeknownst to each other. Relying on her remarkable intuition and the help of her boyfriend, a blind woman enjoys a successful career as a photographer. When she starts to regain her eyesight, she is confronted by her own artistic limitations and an ever-changing sense of identity. A man of unshakable principles has committed his life to fighting pharmaceutical companies against animal abuse. When he is diagnosed with a severe illness, he must choose between standing by his long held moral beliefs and his own survival. An aimless stockbroker who has recently received a kidney transplant discovers a sense of purpose when he meets a man whose kidney was unlawfully stolen. As the three characters grapple to redefine themselves in the face of their new realities, the film raises the question of what constitutes identity when integral parts of us change. The three narratives gracefully converge into a soulful finale that reveals our wondrous interconnectedness in the ephemeron of life. 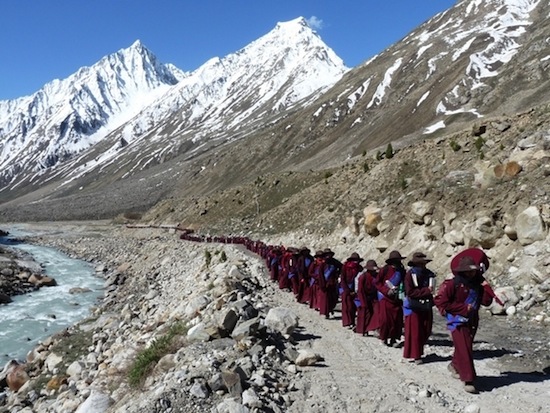 PAD YATRA: A GREEN ODYSSEY takes us on an incredible journey with 700 souls who set out to trek across the Himalayas with a single passion, to spread their message of ecological compassion and global warming.  Shot with solar power by Ladakhi monk Ngawang Sodpa, the documentary features notable supporters including actor Aamir Khan. Michelle Yeoh serves as Executive Producer, and the film is beautifully narrated by Daryl Hannah.

ARJUN: THE WARRIOR PRINCE is the retelling of a beloved tale from the epic Mahabharata: the remarkable coming-of-age story of Arjun, the exceptional archer, who grows from timid prince to fearless warrior. This brilliant collaboration between UTV Motion Pictures and Walt Disney vividly captures the lavish grandeur and bloodthirsty intrigues of the time in stunning animation. Exhilarating battle scenes, catchy musical sequences, and a delightfully unexpected final act make ARJUN: THE WARRIOR PRINCE an engrossing cinematic experience for children and grownups alike.

IRON TRACKS is an ode to the innocence corrupted and humanity lost in the vicious victimization of children.Hindi (English subtitles)