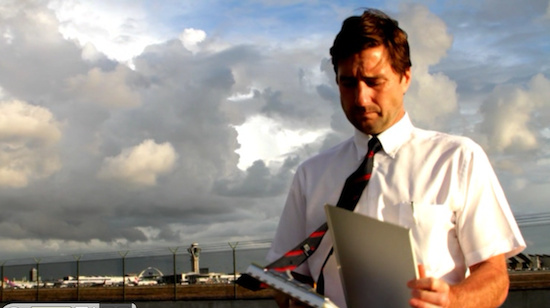 The LA INDIE Film Festival will take place March 13 to 23, 2014 at the LET LIVE THEATRE (916 N. Formosa Ave.). 84 films from 16 countries make up the Features and Shorts lineup!  There are nine Feature Films in competition. Among them is THE FRONTIER with a stellar turn by MAX GAIL as a retired professor who tries to reconnect after years of estrangement with his ranch hand son. From France is the stunning love story, YOU CANT WRITE A LETTER, from India, the terrifying, THE BLACK TAPE, from Brazil, with a stellar performance from one of its finest actresses, REGINA DUARTE is NEVER TOO OLD TO MEOW. Closing out the festival is the thought provoking documentary from Israel, CROSSROADS: LABOR PAINS OF A NEW WORLDVIEW explores the depths of the current human condition and the emergence of an integrated worldview.

There are also eleven short program blocks featuring 75 films representing a wide range of genres and styles of filmmaking. In the mix are many premiering and multi-award winning narrative and animated films. SATELLITE BEACH is written, directed and stars LUKE WILSON. Satellite Beach follows the unique journey of the Endeavour space shuttle as it travels through the streets of Los Angeles to the California Science Center. ZACH BRAFF contributes the mayhem of EFFED! This truly international festival has films featured from Romania, Italy, Singapore, India, Brazil, Denmark, Spain, Ireland, France, Germany, Mexico, Australia, Israel, Canada, UK, and all over the USA.