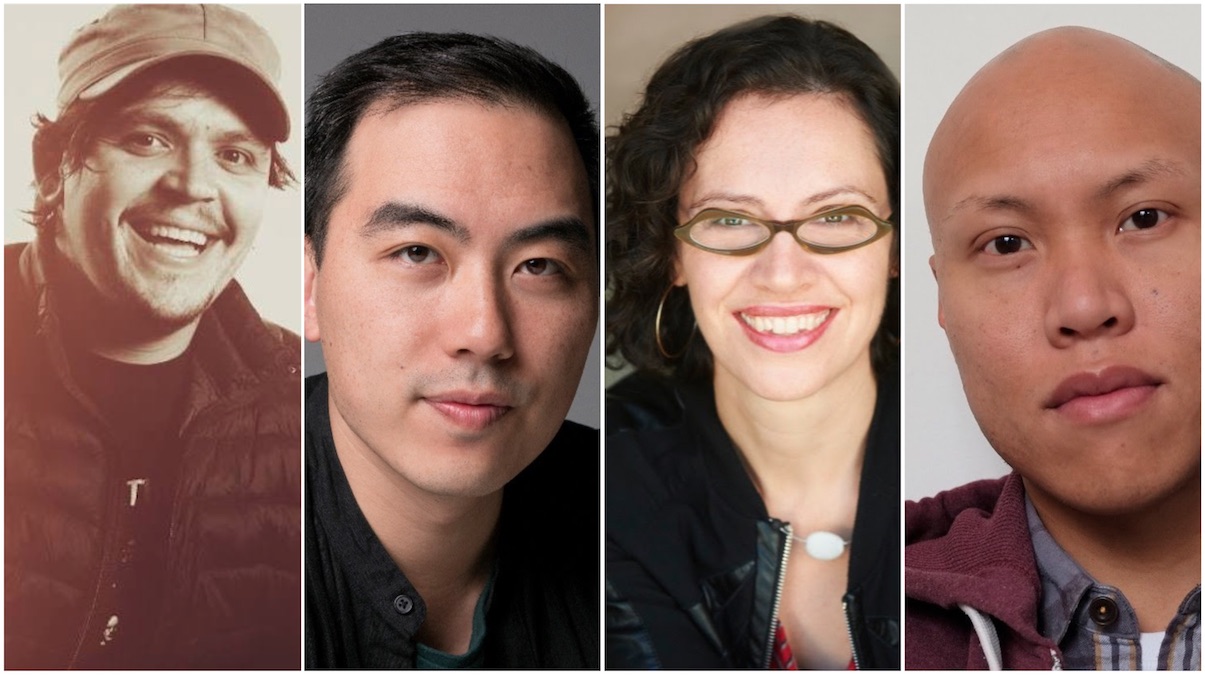 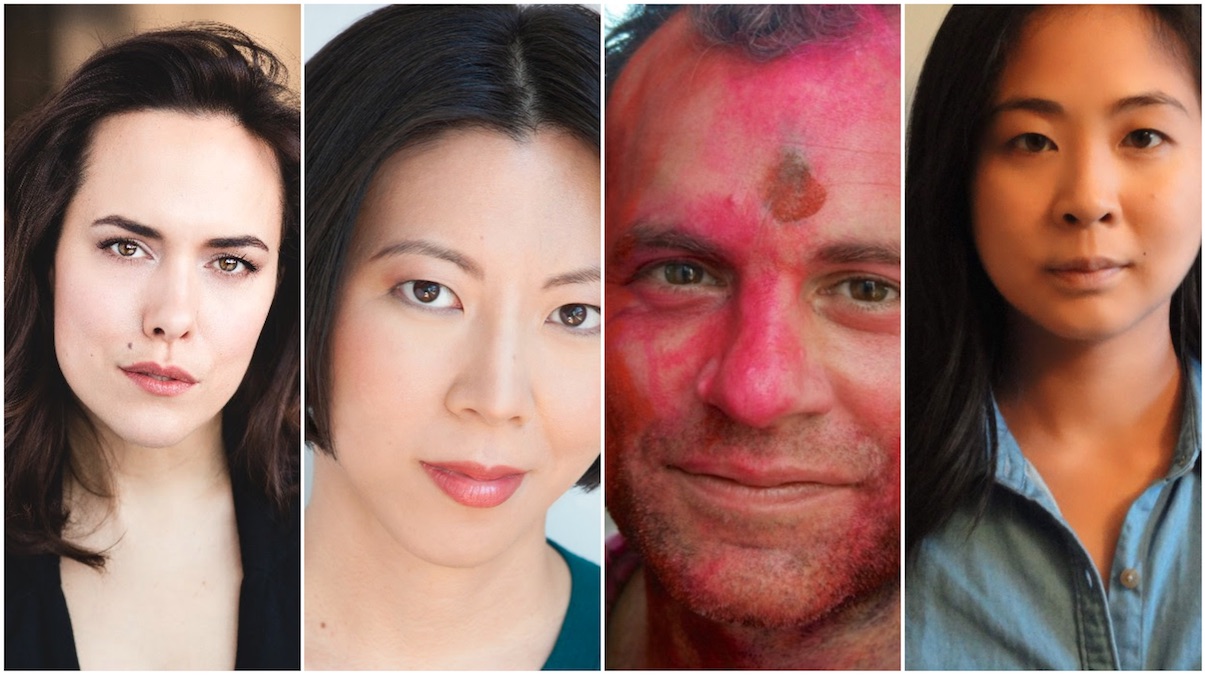 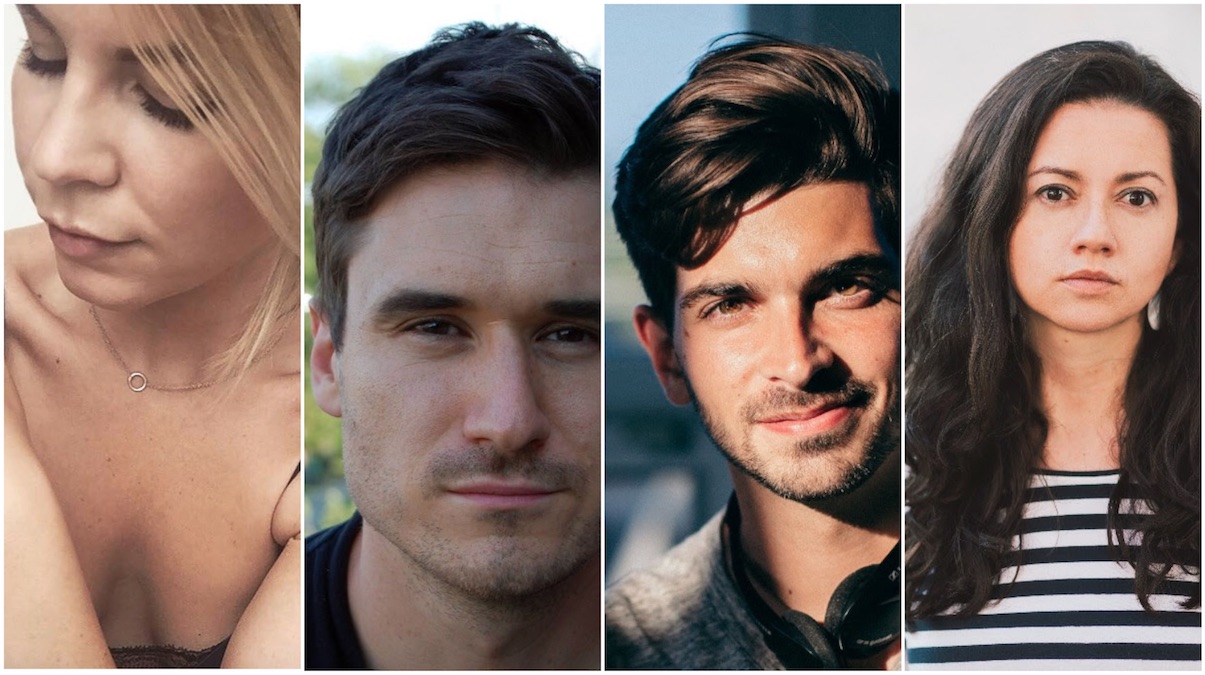 Today TIFF announced the 12 selected participants in this year’s TIFF Writers’ Studio. The lineup features six women and six men, highlighting Canada’s best-emerging writers and underscoring TIFF’s commitment to gender parity across the breadth of its talent-development programs. The women in this year’s intake will be supported in part by the organization’s trailblazing Share Her Journey campaign, which champions women both in front of and behind the camera.

Launched in 2012, the Industry programme provides a space for mid-career screenwriters to consolidate their skills, exchange ideas, and discuss their challenges in a collaborative and artistic environment. This year’s candidates will develop their chosen screenplay with expert support from international script consultants.

“We’re delighted to welcome this exceptionally talented group to TIFF Writers’ Studio,” said Kathleen Drumm, TIFF Industry Director. “Now in its sixth cycle, the program has proved successful in preparing Canada’s best and brightest talent for the global film industry. Candidates will be inspired to take their careers to the next level by developing their creative processes in a series of candid sessions with distinguished local and international writing mentors.”

TIFF Studio has helped cultivate exciting new cinematic voices. Notable alumni include filmmakers Pat Mills (Don’t Talk to Irene); Molly McGlynn (Mary Goes Round); Joyce Wong (Wexford Plaza); and Ashley McKenzie (Werewolf). Following their involvement in TIFF Studio, these filmmakers have gone on to success. Pat Mills was named one of MovieMaker Magazine’s 25 Screenwriters to Watch in 2018. His film Don’t Talk to Irene won the Comedy Vanguard Jury and Audience Awards at the Austin Film Festival, and was picked up for distribution in the US by Gravitas Ventures. Molly McGlynn won top prizes at the Annapolis Film Festival and the Santa Barbara International Film Festival for Mary Goes Round in 2018. Joyce Wong won the Jury Award at the Austin Asian American Film Festival in 2017, the Jury Award for best screenplay at the Hell’s Half Mile Film and Music Festival, and the award for the best narrative feature at the San Diego Asian Film Festival. The same year, Ashley McKenzie’s Werewolf won Best Canadian Film at the Toronto Film Critics Association Awards. In 2016 she won Best First Film by a Canadian Director and was nominated for the Best Screenplay for a Canadian Film at the Vancouver Film Critics Circle.

TIFF Writers’ Studio will run on a monthly basis from June 15 through January 2019 at TIFF Bell Lightbox.

The sessions will focus on script development, pitching, and creating memorable characters. Participants will receive an Industry Pass for the Toronto International Film Festival in September and for Canada’s Top Ten Film Festival in January. TIFF Writers’ Studio is produced by TIFF International Programmer Jane Schoettle and supported by Share Her Journey.

Danilo Baracho
Danilo Baracho is a Brazilian-Canadian filmmaker who studied audiovisual communication at the University of Salamanca in Spain. He has written and directed five short films, which have been screened at over 100 film festivals around the world. He is an alumnus of TIFF Talent Lab and the Reykjavik Talent Lab.

Yung Chang
Yung Chang is the writer and director of Up the Yangtze (07), China Heavyweight (12), and The Fruit Hunters (13). He is completing a screenplay for his first dramatic feature, Eggplant, and in production for a feature documentary about Robert Fisk. Chang’s films have screened at Sundance, the Berlinale, TIFF, San Francisco, Vancouver, and Hong Kong and have screened theatrically in cinemas around the world.

Martin Edralin
Martin Edralin is a Toronto-based filmmaker whose films have screened at TIFF, Sundance, VIFF, and Festival du nouveau cinéma. His film credits include Hole (14), which won a Canadian Screen Award for Best Live Action Short; Emma (16), which was selected for the Canada’s Top Ten Film Festival; and Building History: The Story of Benjamin Brown (16), which was nominated for a Heritage Toronto Public History Award. Edralin is an alumnus of the Locarno Film Festival Filmmakers’ Academy and the Reykjavik Talent Lab.

Sarah Goodman
Sarah Goodman is an award-winning director, producer, and writer whose works have played at TIFF, IDFA, and Hot Docs. Her credits include Army of One (03), When We Were Boys (09), Hidden Driveway (11), and Porch Stories (14). She is an alumna of the TIFF Talent Lab and the Berlinale Talent Campus and a member of Film Fatales. Her next feature, Lake 239, is currently in development, and she is a consulting producer on a scripted series that is also in development.

Carinne Leduc
Carinne Leduc is an award-winning French-Canadian actor, writer, and director. She co-wrote and starred in her first feature film, 3 Saisons (08), which was nominated for three Genie Awards, including Best Motion Picture. Leduc has directed a number of short films, music videos, and commercials and has two features in development.

Jennifer Liao
Jennifer Liao is a director, writer, and producer. Her credits include the social-media storytelling project Crushing It! A Social Media Love Story (10), the feature film Sex After Kids (13), episodes of the crime drama Blood and Water (15–), and End of Days, Inc. (15), which was supported by Telefilm Canada. She was also a creative consultant on the TV adaptation of the Ava Lee novels.

Frieda Luk
Frieda Luk is a director and screenwriter. Her credits include Delicacy (12), which screened at Telluride and Tribeca, and American Sisyphus (12) and The Encounter (14), both of which premiered at TIFF. In 2011 she was nominated for a New York Women in Film and Television award, and in 2013 she received a scholarship to study in France that was supported by the Carla Bruni-Sarkozy Foundation. She has an MFA in directing from Columbia University and is an alumna of TIFF’s 2016 Talent Lab.

Kaveh Nabatian
Kaveh Nabatian is an Iranian-Canadian director and writer. He has spent the last decade directing and shooting fiction films, music videos, television series, and documentaries all over the world, including Montreal, Nunavut, Haiti, Mexico, and South Africa. Recent projects include a feature-length documentary about Leonard Cohen, commissioned by the CBC, and collaborations with Arcade Fire, Leif Vollebekk, Kahlil Joseph, and Half Moon Run.

Celeste Parr
Celeste Parr made her television debut writing for CBC’s This Life (16), for which she was nominated for a 2017 WGC Award for Best Writing for a Television Drama. In 2017, the pilot for her original drama series The Brac was selected for the TV writing program from the ATX Television Festival and The Black List. Parr is currently developing a television show and several features.

Kazik Radwanski
Kazik Radwanski studied film at Ryerson University and co-founded the production company MDFF in 2008. His films have screened at Berlin, Locarno, TIFF, Venice, NYFF, and the BFI London Film Festival. His credits include Tower (12); How Heavy This Hammer (15), which was nominated for Best Canadian Film of the Year by the Toronto Film Critics Association; and Scaffold (17).

Lina Rodriguez
Lina Rodriguez is a Colombian-Canadian filmmaker. Her short films have played the Images Festival and NYFF, and her film and video installations and performances have been exhibited in festivals such as Nuit Blanche. Her first feature, Señoritas (13), premiered at the Cartagena Film Festival. Her second feature, Mañana a esta hora (16), premiered at Locarno, was released in six cities in Colombia, and opened theatrically in New York City and Toronto.