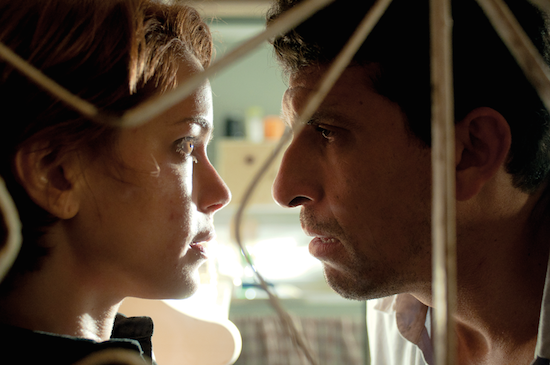 A WOLF AT THE DOOR (O LOBO ATRÁS DA PORTA)

Miami International Film Festival (MIFF) which celebrated its 31st anniversary edition March 7 to 16, 2014, culminated in its annual Awards Night Ceremony, with A WOLF AT THE DOOR (O LOBO ATRÁS DA PORTA) walking away with the Knight Grand Jury Prize and the Grand Jury Best Director for the director Fernando Coimbra. A WOLF AT THE DOOR is the complicated, edge-of-your-seat, fact-based story of the disappearance of a young girl in suburban Rio. 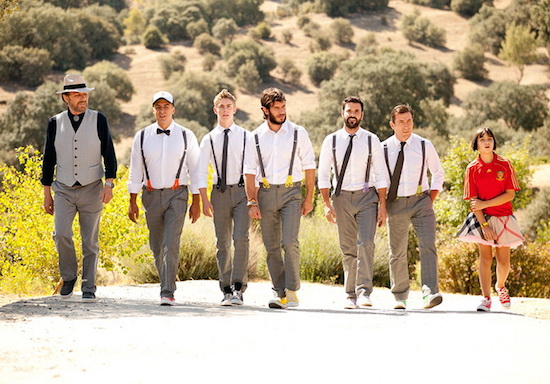 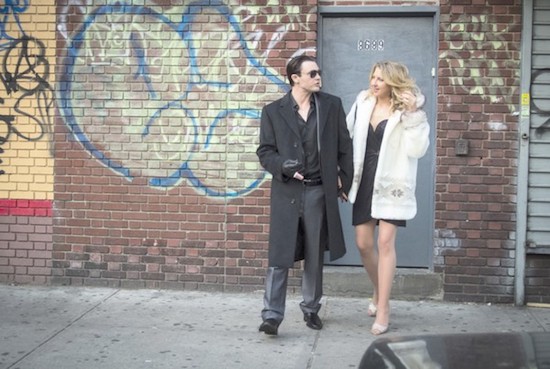 Miami International Film Festival (MIFF) announced the films selected to screen during its 31st edition of the annual 10-day event, which runs March 7 to 16, 2014. The Festival will open with the North American premiere of ELSA & FRED directed by Michael Radford. Oscar winners Shirley MacLaine and Christopher Plummer play the titular characters originated by China Zorrilla and Manuel Alexandre in this remake of the 2008 release of the Argentine/Spanish film of the same name.  Also in the cast are Oscar winner Marcia Gay Harden; as well as George Segal, Chris Noth, James Brolin, Wendell Pierce, Jaime Camil and Osvaldo Rios. 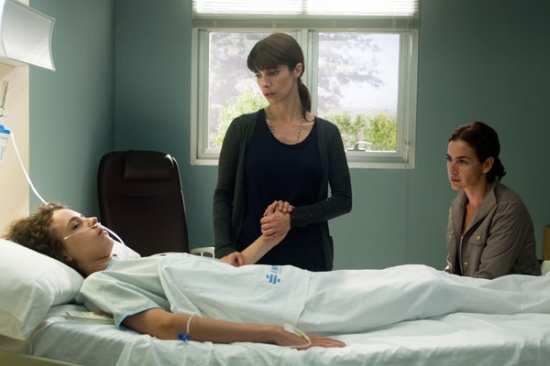 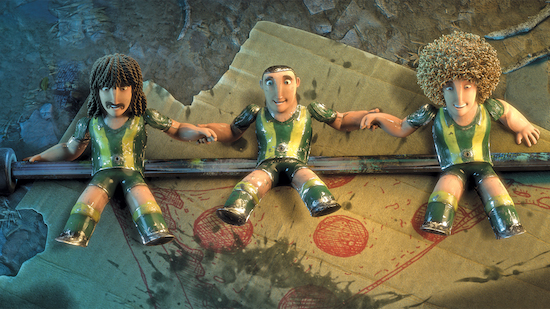 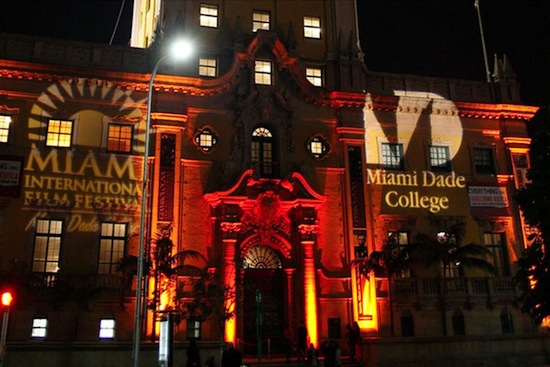 Miami International Film Festival (MIFF) will world premiere 11 short films documenting a project by a group of nationally and internationally renowned artists commissioned by The Arts Initiative and curated by Primary Projects, at the Festival’s 31st edition taking place March 7 to16, 2014. 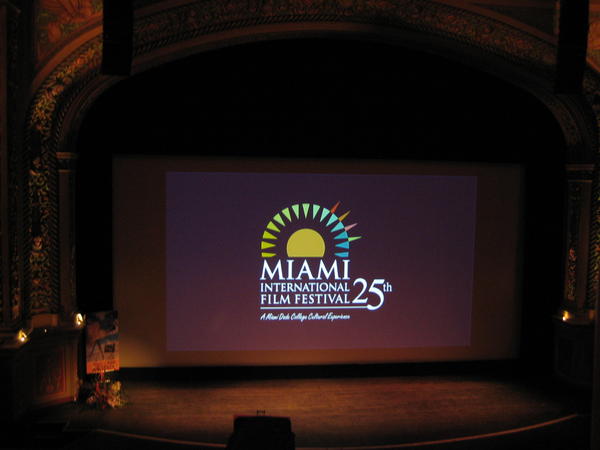 2013 Miami International Film Festival (MIFF) announced the five film selections for its VeoMiami industry initiative, the 10th MiamiEncuentros. Miami Encuentros aims to facilitate and support the completion of Latin American and U.S. Hispanic feature film projects in post-production and propel them towards their debuts on the international stage, via a post-production prize of USD$10,000 for one winning project as selected by a jury of industry professionals.

Miami Encuentros aims to facilitate and support the completion of Latin American and U.S. Hispanic feature film projects in post-production and propel them towards their debuts on the international stage, via a post-production prize of USD$10,000 for one winning project as selected by a jury of industry professionals. 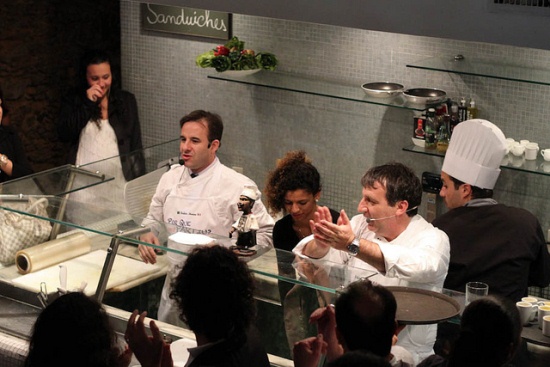 Lee Brian Schrager’s Culinary Cinema will open on Sunday, March 3rd, with the North American premiere of Eric Belhassem’s Why Did You Leave?. The documentary features Jacquin and Suaudeau, as well as their French contemporaries, Roland Villard, Alain Uzan and Emmanuel Bassoleil. The film highlights a group exceptional French gastronomic chefs and their decision to leave their homes and rebuild their lives in Brazil, meshing their continental sensibilities with the rhythms of their new home.

The other two films which will screen as part of Lee Brian Schrager’s Culinary Cinema category are Meat Hooked and Oma & Bella. 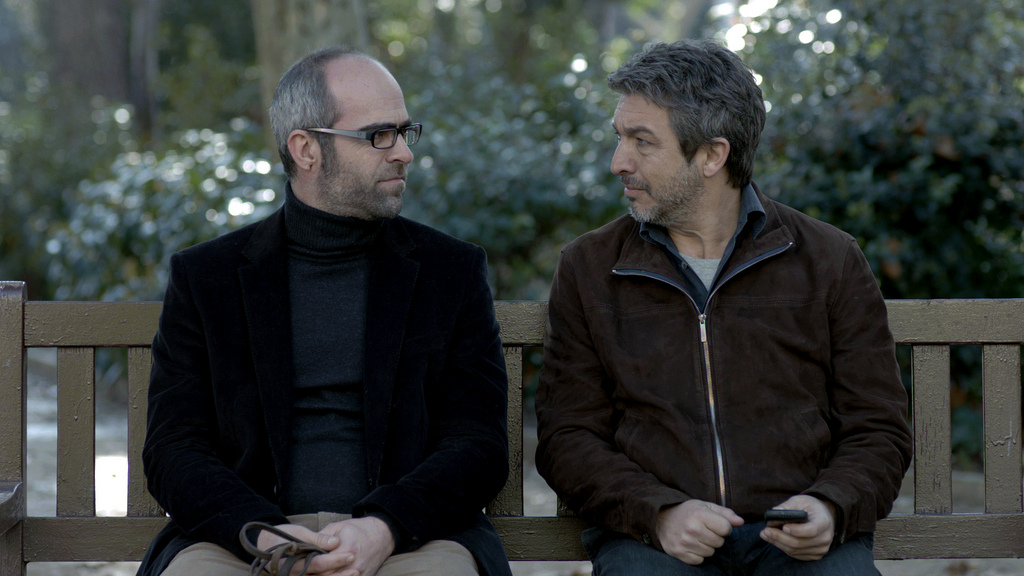 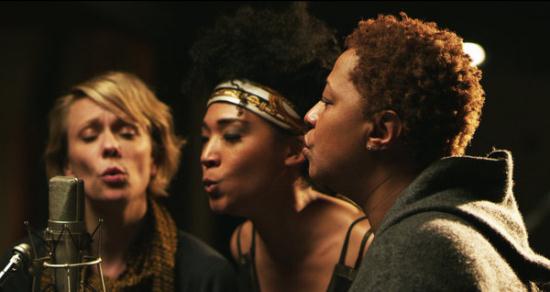 Miami International Film Festival (MIFF) announced the films selected to screen during its 30th edition which runs March 1 -10, 2013. Premiering at this year’s Festival will be 117 feature films and 12 short films from 41 countries.

The Festival will honor two “remarkable” directors with Career Achievement Tributes: Swedish writer-director Lasse Hallström (My Life as a Dog, What’s Eating Gilbert Grape) and Spanish producer, writer, and Oscar-winning director Fernando Trueba (Belle Epoque, Chico & Rita). The Festival will screen the directors’ latest works including The Hypnotist (Hyponotisören) by Hallström and The Artist and the Model (El Artista y La Modelo) by Trueba. The Artist and the Model received 13 Goya nominations this year, including Best Picture and Best Director. 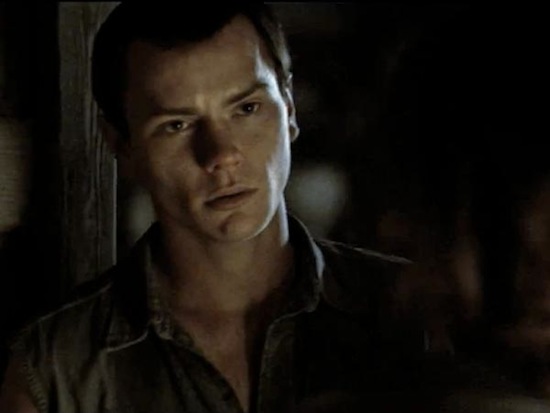 River Phoenix’s final film, Dark Blood, directed by George Sluizer, co-starring Jonathan Pryce and Judy Davis will have its North American premiere at the upcoming Miami International Film Festival (MIFF) .  Twenty years after its making, the film will be shown for the first time in North America at the 30th Anniversary edition of the Miami International Film Festival (March 1-10, 2013).

Dark Blood was 80% complete when River Phoenix passed away in 1993 and the uncompleted film disappeared into a vault.  In 1999 Sluizer heard that the footage was going to be burned to make space and with less than 48 hours notice, he saved the film, engineering efforts to get the entire film moved to The Netherlands.  The footage then sat for more than ten years until last year when Sluizer set about finishing the film.   The film finally premiered overseas to a standing ovation in the fall of 2012 at the Dutch Film Festival. 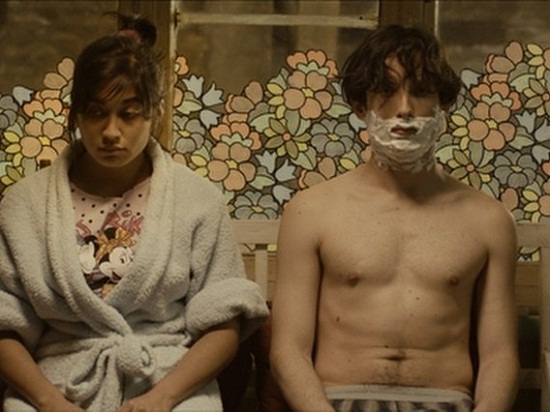 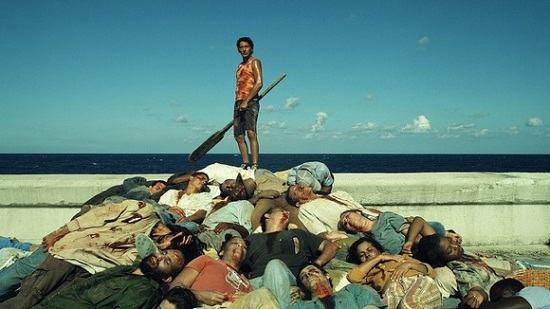 Director Alejandro Brugués’ film Juan Of The Dead won the coveted Lexus Audience Award at the just concluded 29th annual Miami International Film Festival (MIFF). “It’s a great honor for my film to have been chosen by the audience and that I was able to share this amazing moment with my family and friends,” said Brugués. “I love Miami and would like to thank the Festival for all its support.” Juan Of The Dead follows […] 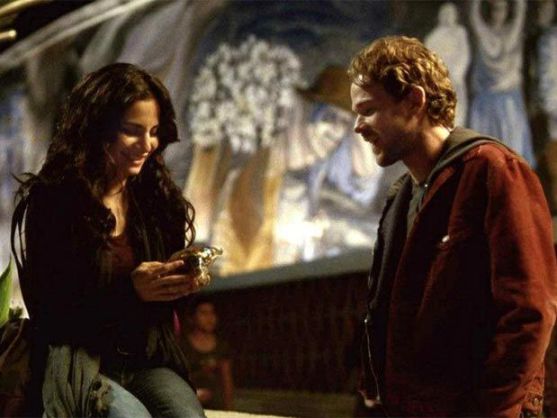 The Miami International Film Festival (MIFF) announced its official lineup of red carpet Olympia Theater galas, parties, education seminars and international film premieres that will make up the Festival’s showcase of more than 100 films from 35 countries during the 10-day event, which runs March 2-11, 2012.

On Friday, March 2nd, the Festival commences with its Opening Night Film, the World Premiere of Tom Gustafson’s musical tour-de-force Mariachi Gringo. The drama stars Shawn Ashmore (“Iceman” in X-Men) as a young man from Kansas who falls in love with the mariachi lifestyle, and travels to Guadalajara to prove that anything is possible. Ashmore and co-stars Academy Award nominee (Babel) Adriana Barraza and Mexican starlet Martha Higareda are expected to attend the premiere.

The Festival’s Awards Night takes place on Saturday, March 10th before the screening of the U.S. Premiere of Chinese Take-Away. Winner of three Argentinean Academy Awards, including Best Picture and Best Actor, director Sebastián Borensztein’s touching fish out of water comedy stars Argentine superstar Ricardo Darín as a shopkeeper who takes in an illegal immigrant desperate to find his extended family. Darín, who starred in the 2010 Academy Award-winning film The Secret in Their Eyes, and Borensztein are expected to attend the premiere.

In this newly created category, six films from first-time feature filmmakers from Spain, Portugal and/or Latin America will compete for a $5,000 USD cash prize.

The finalists for the competition were selected by MIFF programmers from films already submitted to the 2012 Festival.

Las Acacias (Argentina/Spain, directed by Pablo Giorgelli): Already a winner of major prizes at this year’s Cannes Film Festival (Camera d’Or for Best First Film) and the Latin Horizons prize at the San Sebastian Film Festival, Giorgelli’s road movie unfolds along the highway linking Asunción to Buenos Aires, which trucker Rubén is accustomed to traveling solo. This time, however, he’s got a passenger, Jacinta, and a road full of revelations on the horizon.  East Coast Premiere

Speechless (Sin palabras) (Colombia, directed by Ana Sofía Osorio Ruiz and Diego Bustamante): After helping a disoriented Chinese immigrant find her way, Raul (Javier Ortíz) can’t help but fall slowly in love with the exotic beauty. Osorio Ruiz and Bustamante prove the language of the heart is the most universal of all in this touching romance.  International Premiere

Distancia (Guatemala, directed by Sergio Ramírez): Tomás Choc travels 150 kilometers to be reunited with his only daughter, kidnapped 20 years ago during the Guatemalan civil war. In order to keep his memories of her alive, Tomas has kept a journal of his daily struggles, which he plans to give her when they meet in Ramirez’s heart wrenching drama. U.S. Premiere

Additionally, the Festival confirms the return of the University of Miami Grand Jury Award for Best Short Film. The established category showcases short films from developing international directors competing for a $2,500 cash prize. The 2011 winner in this category was Chilean short film Blokes (Blockes) by Marialy Rivas.

Some of the short films already confirmed to compete in MIFF 2012 include: {jathumbnail off} 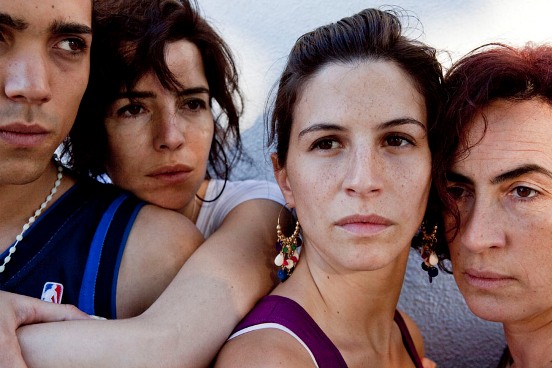 The Miami International Film Festival (MIFF) announced the line-up of ten Ibero-American premieres  that will compete for $45,000  in jury prizes at its 29th annual event, March 2 – 11, 2012.

“As of today, only one of the films in the competition has U.S. distribution secured – Strand Releasing will be releasing Bonsai later in 2012,” noted MIFF’s executive director Jaie Laplante.  “It is our hope that U.S. buyers attending the Festival will discover many more riches– and see through our MIFF audiences how U.S. audiences respond to these amazing films.”

The incredible true story of Ultimate Fighting Championship gladiator Matt “The Hammer” Hamill, by first-time feature film director Oren Kaplan, won the 2011 Miami International Film Festival’s Audience Award. The film, starring hearing-impaired actor Russell Harvard, whose credits include TV shows Fringe and CSI: NY and the Oscar-winning feature film There Will Be Blood, won accolades for breaking new ground in the cinematic treatment of the deaf and hearing-impaired while also depicting the physical […]

Launching a new chapter with a new executive director, the official lineup of the Miami International Film Festival (MIFF), produced and presented by Miami Dade College (MDC), was announced today replete with Red Carpet Gusman Galas, Premieres, Competition Categories and Awards, REEL Education Seminars and other special presentations that make up the Festival,s showcase of more than 100 films from 40 countries during the 10-day event, which runs March 4-13, 2011. The Festival launches on […] 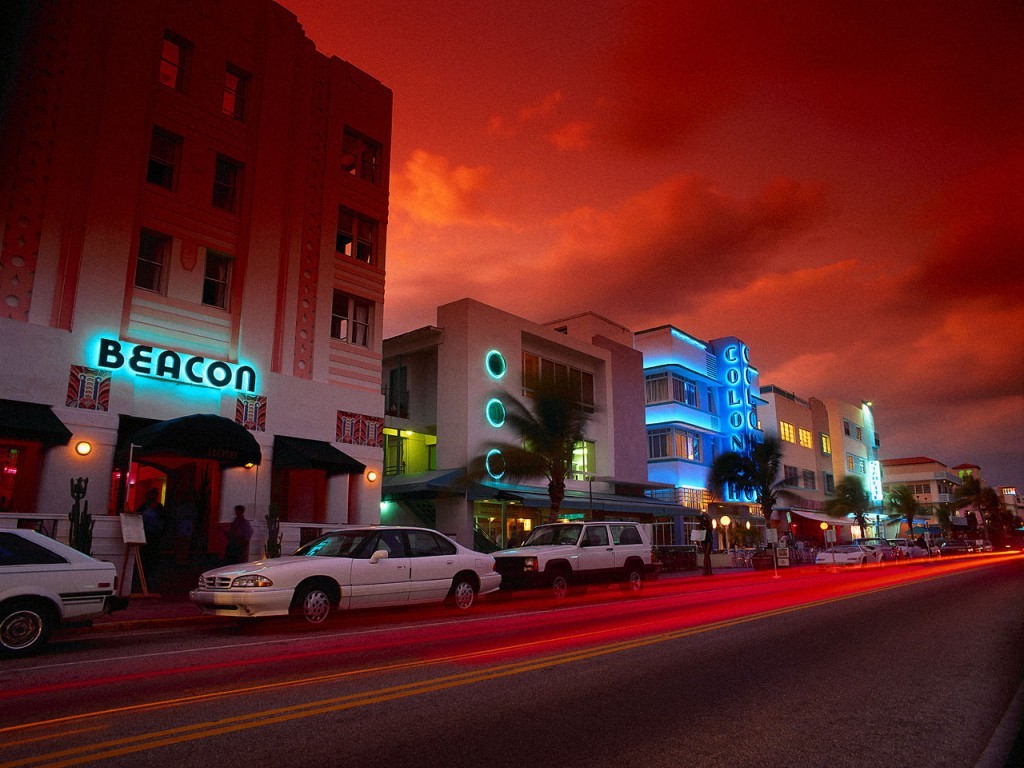 Twenty-nine films will vie for three Knight Grand Jury prizes in March at the 2011 Miami International Film Festival. The John S. and James L. Knight Foundation sponsors the grand jury prizes for the festival, which is produced and presented by Miami Dade College. “These prizes help place the festival – and Miami’s growing film scene – on the world stage,” said Dennis Scholl, vice president/arts and Miami program director for Knight Foundation, which has […]