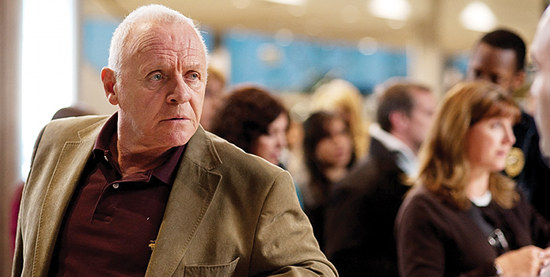 The 55th BFI London Film Festival will open on Wednesday 12 October with the European premiere of 360.

360 is a modern and stylish kaleidoscope of interconnected love and relationships linking characters from different cities and countries in a vivid, suspenseful and moving tale of contemporary romantic life. Starting in Vienna, the film weaves through Paris, London, Bratislava, Rio, Denver and Phoenix into a single, mesmerising narrative.

“I’m delighted that 360 will be our opening night film, and very pleased to welcome back Fernando Meirelles and Peter Morgan to the festival. With its impeccable film making credentials and intriguing premise, 360 combines masterful visual story telling with a modern and moving narrative, helped by strong performances from a terrific ensemble cast.” 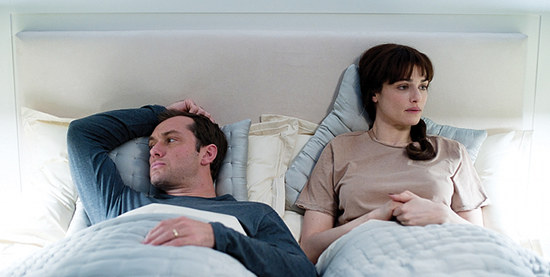 Linking stories of chance, temptation and unexpected friendship while travelling through Vienna, Paris, London, Bratislava, Rio de Janeiro, Denver and Phoenix (and back again), 360 takes us around the world, surveying the breadth of human experience at every stop.

A lonely English businessman (Jude Law) is blackmailed by a colleague who discovers his plans to meet a prostitute while travel­ling abroad. A married woman (Rachel Weisz, also appearing in The Deep Blue Sea and the Gala presentation of Page Eight) tries to break things off with her younger paramour. A Brazilian student (Maria Flor) decides to leave her London-based boy­friend and return to Rio. A recovering alcoholic (Anthony Hopkins) flies to Phoenix on the off chance that a new Jane Doe might turn out to be his long-missing daughter. A paroled sex offender (Ben Foster) stuck in a Denver airport has his hard-won com­posure tested when a beautiful stranger unexpectedly propositions him. These are but a handful of the narrative threads woven into 360’s alternately seductive and unnerv­ing roundelay. How they slide against one another constitutes a large part of the film’s mesmerizing allure. [TIFF]

“The BFI London Film Festival is one of the best festivals in the world due to its selection of films and the number of theatres the films are shown in. I am very honoured 360, an intimate film that talks about our options in life, has been chosen to open the festival this year, and I want to thank Sandra Hebron for extending this prestigious invitation to me for a second time, following The Constant Gardener, which opened the festival in 2005.”