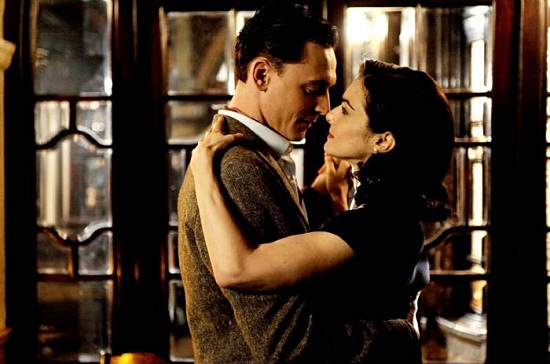 The 55th BFI London Film Festival will close on Thursday 27 October with the UK premiere of Terence Davies’ The Deep Blue Sea.

Set in post-war Britain, this deeply moving story is an adaptation of Terence Rattigan’s classic play. Hester Collyer (Rachel Weisz) leads a privileged life in 1950s London as the beautiful wife of high court judge Sir William Collyer (Simon Russell Beale). To the shock of those around her, she walks out of her marriage to move in with young ex-RAF pilot, Freddie Page (Tom Hiddleston), with whom she has fallen passionately in love.

“It’s a great pleasure to be able to close the festival with this exquisite new feature from one of our most cherished directors. Terence Davies is a filmmaker who the BFI has supported from the very beginnings of his career, and in Terence Rattigan’s centenary year, this beautifully directed and acted film is the perfect closing night film.”

“As a British filmmaker, to get into the BFI London Film Festival at all is bliss – to get a Closing Night film is sheer heaven! The festival is now, rightly, seen as one of the major European and World Film Festivals; championing not only British but World cinema.”