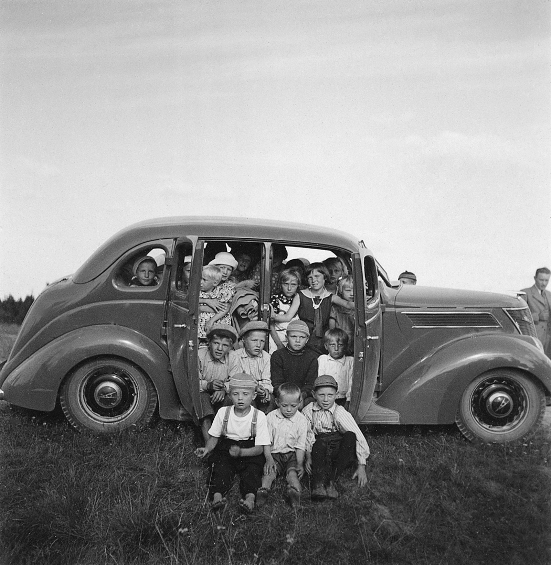 The International Film Festival Rotterdam 2012 will pay tribute to Peter von Bagh by presenting a selection of his films, as well as showing three rare classics from Finnish cinema history that have been essential in his oeuvre. The tribute program, with Peter von Bagh in attendance, will be part of IFFR’s main Signals section.

With over fifty film titles under his belt, Peter von Bagh may still be the better known in his other persona: as writer of more than twenty books, as television presenter, as artistic director of the Midnight Sun Festival in Sodankyla, which he co-founded in 1986 with the Kaurismäki brothers and as well Il Cinema Ritrovato, Bologna, since 2001. He also is editor-in-chief, since 1971, of the ‘Filmihullu’ magazine, and a professor of film history in the Helsinki University of Arts.

Never simple history lessons, his films usually draw on Finnish history. IFFR will present eleven feature length films and four short films by Peter von Bagh, including KREIVI (THE COUNT, 1971), his first feature film – and his only fictional work to date – and his latest work, LASTUJA – TAITEILIJASUVUN VUOSISATA (SPLINTERS – A CENTURY OF AN ARTISTIC FAMILY, 2011) that shows a family like a nation. Finland’s painful path to independence, its development from a poor rural backwater to a prime example of progress and liberalism as seen through three generations of the Ahos family consisting of pioneering artist in cinema, literature, painting and more.

The selection also includes the other production that Von Bagh finshed this year, being MIKKO NISKANEN – OHJAAJA MATKALLA IHMISEKSI (THE STORY OF MIKKO NISKANEN, 2010), his portrait of the legendary Finnish filmmaker, a too-little-known master of world cinema and a sketch of a typical 20th century person’s struggles and doubts.

IFFR is also very glad to present in this context, the international premiere of the original version of Mikko Niskanen’s masterpiece KAHDEKSAN SURMANLUOTIA (EIGHT DEADLY SHOTS, 1972), originally produced as a TV series, based on a certain Tauno Veikko Pasanen who shot four police officers, in which Niskanen himself plays the main role.

The program Signals: Peter von Bagh has been curated by Olaf Möller.

The IFFR’s festival program consists of three main sections: Bright Future – idiosyncratic and adventurous new work by novice makers, including the Tiger Awards Competitions -, Spectrum – new and recent work by experienced film makers and artists who provide, in the opinion of the IFFR, an essential contribution to international film culture -, and Signals, a series of thematic programs and retrospectives offering insight in topical as well as timeless ideas within cinema.

LASTUJA – TAITEILIJASUVUN VUOSISATA (SPLINTERS – A CENTURY OF AN ARTISTIC FAMILY)
Finland, 2011, 74’
A century of development, starting in the era of Finland’s nascent nationalism, when the country still belonged to Tsarist Russia, ending in the heydays of post-WWII liberalism, when it was hip to be Scandinavian among the moderate Euro-left. A meditation on memory and heritage.

MIKKO NISKANEN – OHJAAJA MATKALLA IHMISEKSI (THE STORY OF MIKKO NISKANEN)
Finland, 2010, 178’
Portrait of a genius as a troubled human being trying his best to find a way through life. A documentary about a too- little- known master of world cinema; an epic sketch of the typical 20th century person’s struggles and doubts. Within Signals:Peter von Bagh, IFFR screens Niskanen’s EIGHT DEADLY SHOTS.

SODANKYLÄ IKUISESTI. ELOKUVAN VUOSISATA (SODANKYLÄ FOREVER: THE CENTURY OF CINEMA)
Finland, 2010, 90’
Since 1969, masters of cinema have shown their films at the legendary Midnight Sun Film Festival and talked about their art. With choice moments from several hundred hours of these talks, Von Bagh created a heavenly symposium on cinema as the most decent way to walk the earth.

HELSINKI, IKUISESTI (HELSINKI FOREVER)
Finland, 2008, 74’
Helsinki vu par Peter von Bagh: a vision of Finland’s capital through the ages, created with pictures and sounds from myriads of films, newsreels and songs. A stunning achievement – an epic of time regained and lost again.

MIES VARJOSSA (MAN IN THE SHADOWS)
Co-Directors: Elina Katainen & Iikka Vehkalahti)
Finland, 1994, 165’
Otto Wille Kuusinen – communist, traitor, political survivor, is one of the most disputed characters of Finnish history. Von Bagh’s most journalistic work: a study of common corruption, the smashing of one human being’s soul.

VUOSI 1939 (THE YEAR 1939)
Finland, 1993, 107’
In 1939, Finland was preparing for a 1940 Helsinki Olympics that wouldn’t happen, as well as for a war that indeed would. A collage of a moment in time filled with nothing but extremes. A profound meditation on doubt, sorrow and hope against all odds.

VIIMEINEN KESÄ 1944 (LAST SUMMER 1944)
Finland, 1992, 105’
A plunge into the last months of Finland’s WWII in all its tired gruesomeness. A fugue of dour, sad, doubt-ridden, sorrow-filled faces, confessions and oratorical detours, an in memoriam of a time and people gone by. A masterpiece of AV oral history.

VUOSI 1952 (THE YEAR 1952)
Finland, 1980, 120’
In 1952, Helsinki finally hosted the Summer Olympics, which marked the beginning of the nation’s postwar regeneration. It was a good year for many things. A masterpiece of cinematic collage, with a surprising flow and cheerfulness.

SINITAIVAS – MATKA MUISTOJEN MAISEMAAN (BLUE SKY – JOURNEY INTO THE LAND OF MEMORIES)
Finland, 1978, 71’
The dance pavilion considered as the centre of social life, with the Finnish tango as the key to the collective unconscious – the dream life of the nation. One of the few honest monuments to popular culture. Simply lovely, and genuinely moving.

PAAVO NURMI – MIES JA AIKA (PAAVO NURMI – THE MAN AND HIS TIMES)
Co-Director: Markku Koski
Finland, 1978, 61’
Paavo Nurmi is a sports legend, a name people know to this day. For Finland, Nurmi was an ideal, an axiom of the nation’s spirit – which includes his failings as well. A rigorously composed high mass for an icon maudit.

KREIVI (THE COUNT)
Finland, 1971, 92’
Portrait of a real-life swindler – played by himself! Von Bagh’s feature debut: a weird ‘n wild mix of fact and fiction, documentary scenes and exuberant reconstructions of purportedly true-life events, full of lewd humour and driven by a good-natured humanism. A true discovery!

AJAN DRAMA (DRAMA OF TIME)
Finland, 1986, 15’
A brief essay on time triggered by a hostage crisis drowned in blood. A fine cinematic exercise in philosophy. Screened before A Time of Roses.

FAARAOIDEN MAA (LAND OF THE PHARAOHS)
Finland, 1988, 29’
Sights and tunes from postwar Finland interspersed with quotes from Mika Waltari’s classic Sinuhe egyptiläinen (1945). An astonishing exercise in reading history – in more than one sense.

PÄIVÄ KARL MARXIN HAUDALLA (A DAY AT KARL MARX’S GRAVE)
Finland, 1983, 16’
A hundred years after the great 19th-century German philosopher’s demise, ordinary people from some 20 nations talk about his legacy. To the people, Marx is still alive.

OLAVI VIRTA
Finland, 1972, 30’
Olavi Virta, Finnish tango’s greatest voice, as an old, lost and lonely man. Time as the great leveller in all its morose unforgivingness.

Films by other filmmakers:

KAHDEKSAN SURMANLUOTIA (EIGHT DEADLY SHOTS) by Mikko Niskanen
Finland, 1972, 316’
A poor farmer tries to get by, but fails. Blood is shed, not out of malice, but simple desperation. A raw exposé on human degradation and deprivation. A work of Zola-esque violence and grandeur, shown here in its ultra-rare, 5h+ original version. The greatest Finnish film ever.

SF- PARAATI by Yrjö Norta
Finland, 1939, 86’
A musical comedy about a singing cabby and a singing tourist guide in Helsinki which, if viewed with discernment, presents all of Finland’s contradictions and problems in its most troubled moment. An X-ray of an era – and a true Von Bagh favourite.

RUUSUJEN AIKA (A TIME OF ROSES) by Risto Jarva
Finland, 1969, 108’
In 2012, a historian/artist tries to recreate the life of a loose woman from the 1970s – and gets lost in a hall of mirrors of his own creation. Quite frightening to see this film now: back in 1969, it was a dystopia – now, it’s daily life as we know it. An under-appreciated gem!