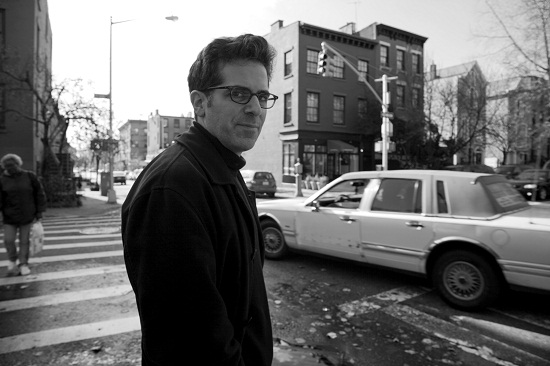 Each year, the Film Society invites a public figure to discuss the intersecting worlds of contemporary cinema and visual arts, culture and society, images and ideas. This year, New York Times bestselling novelist, essayist and short story writer Jonathan Lethem investigates the “ecstasies of influence” constituting the cinematic experience. From Motherless Brooklyn to The Fortress of Solitude to Chronic City, Lethem’s body of work displays incredible range and (among other things) a deep attention to cinematic genres and aesthetics. His recent monograph on John Carpenter’s underappreciated cult film They Live is affectionate and energizing, revealing the ways that B movies can burrow subversively into everyday consciousness. For his talk at SFIFF, Lethem will revisit his earlier insights on the gift economy and what critic Manny Farber called “termite art” in order to explore the ways cultural movements such as Occupy Wall Street, new media revolutions like YouTube and loosely-defined (and often derided) grassroots art movements like mumblecore can, in their various ways, unearth utopian possibilities for reciprocal transformations in film culture and our daily lives.

“Jonathan Lethem is the perfect person to explore current social and cultural movements and their possible aesthetic, political and commercial influences,” said Film Society director of programming Rachel Rosen. “An insightful thinker and an enormous movie fan, Lethem is sure to deliver a lively and thought-provoking address.”

Born in New York City in 1964, Jonathan Lethem is the author of eight novels, including The Fortress of Solitude, Girl In Landscape and Chronic City. His fifth, Motherless Brooklyn, was the recipient of the National Book Critics Circle Award and the Macallan Gold Dagger, and was named Book of the Year by Esquire Magazine. He is also the recipient of, among other honors, a Pushcart Prize, a Crawford Award, a World Fantasy Award and a MacArthur Fellowship. Lethem’s stories and essays, including his film criticism, have been collected in five volumes, including 2011’s The Ecstasy of Influence: Nonfictions, Etc., which is currently a nominee for the National Book Critics Circle Award in criticism. Adaptations of Lethem’s novels for feature film are currently in progress by a host of filmmakers including Edward Norton, David Cronenberg, Steph Green and Alfonso Gómez-Rejón. Lethem is celebrated as an advocate for the public commons in the arts, and for his interrogation of remix and appropriation culture in his celebrated essay “The Ecstasy of Influence,” as well as in his internet collaborative-media “Promiscuous Materials” project. He currently lives with his family in Claremont, California and in Maine.