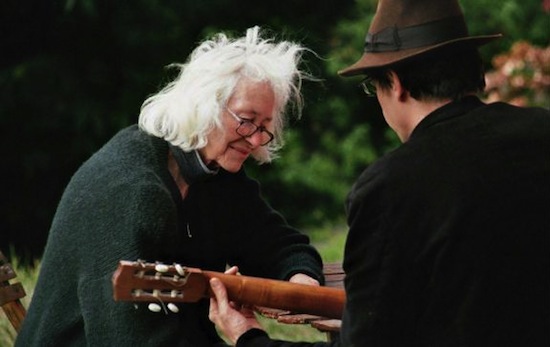 Though there are hundreds of terrible diseases, perhaps there is none as cruel as Alzheimer’s disease, which not only slowly robs the sufferer of their mind, but tremendously impacts the sufferer’s loved ones terribly as the sufferer gradually no longer recognizes them as they slip further and further into dementia.  German documentarian David Sieveking explores the impact that Alzheimer’s disease has not only on his mother, but his entire family in Vergiss mein nicht (Forget Me Not). 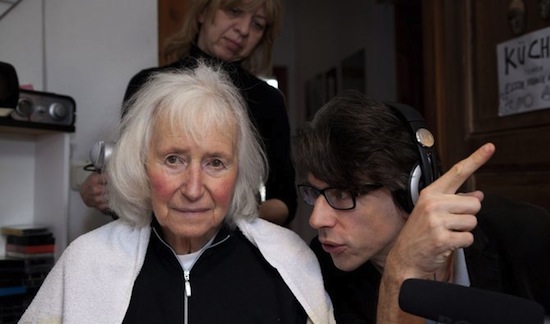 By the time David started filming this documentary his mother, Gretel, had forgotten him.  The pain David feels from this is made visually symbolic during the credits when “Mein” (Me) fades from title slower than rest of the words.  Now that he has only a frail connection with his mother, David is determined to learn as much as he can about her life before she passes away.

David admits he knows very little about his mother’s past.  For instance, he finds out from his father, Malte, that his parents had an open marriage and Gretel was politically active in radical socialist causes in her youth.  Though their marriage was very atypical, now that Gretel is helpless they have taken on more traditional roles.  Though Malte, who was a renowned math professor, wanted to study and travel after retiring, he is now a full-time caretaker. 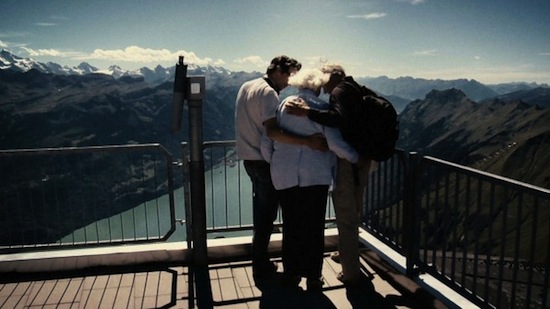 Watching Gretel is heartbreaking as she alternates between childlike confusion to bewildered fear at her surroundings.  Gretel has also deteriorated physically.  Though only seventy-three, Gretel resembles a woman decades older (especially when compared to Malte’s ninety-six year old mother, who appears late in the film).  She becomes increasingly stubborn, and though David’s arrival to begin the documentary allows Malte to take a brief vacation to Switzerland it seems to do no favors for Gretel’s condition.

There is very little that is “artistic” in this documentary – this is an honest, fly-on-the-wall, straight-forward chronicle of how Gretel’s worsening condition affects David and his family.  Toward the end of the film the family weighs the decision on whether or not to put Gretel into a home for Alzheimer’s patients, and Malte feels conflicted about his responsibility for Gretel’s condition for not being as good of a husband to her as he could have.  One of the more curious choices is the vaguely child-like musical score, which I feel somewhat belittles Gretel’s condition. 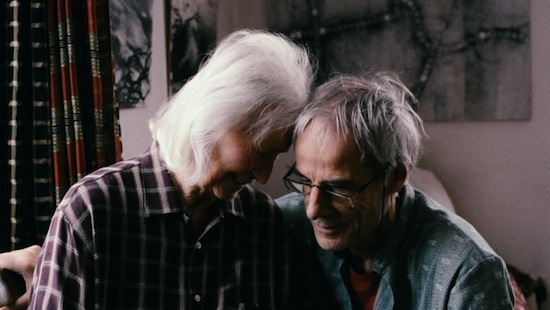 Vergiss mein nicht is a very personal story, but also universal to the millions of people who have someone suffering from the same disease as Gretel in their own family.  Though the ending is surprisingly upbeat, being that this film is about a woman with Alzheimer’s there is naturally no happy ending.  This is not a film that anyone would consider enjoyable or entertaining, but as a chronicle of a woman’s failing dementia and the effect it has on her family; it is definitely moving.